Alan Moore’s 1982-1984 Miracleman run was an important bit in the evolution of super-hero comics. It was an early deconstructionist take, as well as an excellent story on its own. Its out-of-universe origins are convoluted :

These notes are from the 1990s, so they reflect the Moore material.

Inhumanly (or, as Liz put it, “ridiculously”) strong, invulnerable, able to fly fast enough to leave Earth’s atmosphere from the surface in a couple of heartbeats. Incredibly intelligent and charismatic.

In March, 1948, a spaceship crash-landed in Wiltshire, UK. Using the technology aboard, a genius named Emil Gargunza was able to create a number of genetically-advanced human beings, among them war orphan Michael Moran.

Each of these beings was immersed in an artificially-created dream world. Therein they were given a context for their abilities. They were superheroes and villains with origins and adventures directly based on those of Captain Marvel and the Marvel Family, as published by Fawcett.

In 1963, they were deemed too dangerous to be allowed to continue. As a result, they were exposed to the detonation of a nuclear weapon by the British government. Most of them survived the experience, although none escaped unscathed.

Moran received a form of amnesia, forgetting his ability to transform into Miracleman. He lived a normal life, marrying and getting a job as a reporter.

In the early 1980s, he was doing a story on a nuclear plant. In the midst of a terrorist attack, he remembered the “magic word”, “Kimota”. That allowed him to transform into Miracleman. He disabled the terrorists and flew away, returning home to explain what happened to his incredulous wife.

In time, he learned his true origin. Michael was far from being an orphan given the power to do good by a powerful wizard. He also discovered that Gargunza had made him everything he thought was reality. And he unearthed Gargunza’s long term goal was to have Moran impregnate his mortal wife in order for Gargunza to transplant his mind into that a newborn demigod.

More also met other members of the “Miracleman Family”. That unfortunately included Johnny Bates, aka Kid Miracleman. Bates retained his memories and never returned to his normal form. More powerful than Moran, he devastated London before Miracleman and his allies were able to finally stop him.

He and the other “Gods of New Olympus” aided by extraterrestrial allies, built a structure, “New Olympus”. It was on the former site of central London. New Olympus covers several square miles, stands several miles high and is beautifully-designed and appointed.

At the end of the Alan Moore run, Miracleman and his associates had basically taken over the planet. They dismantled all governments and economies and replaced them with their vision of a quasi-socialist utopia.

Miracleman is tall and blond (although his eyebrows are dark), with muscles like a ballet dancer. He is surrounded by a sparkling glow (Force Field), which he refers to as his “Tinkerbell Effect.”

His costume actually changes over time to match his personal aesthetic. Generally, it is primarily blue, with a red collar, gloves and boots and yellow trim. There is a stylized “MM” on the chest. He occasionally wears capes, pseudo-military uniforms or suits, as the occasion demands.

He has finally come to terms with who he is, but remains in some ways surprisingly unsophisticated, especially compared to Miraclewoman and Winter. He views the ascension of humanity as his personal mission.

“I dream a world where everyone has sidekicks and caves to keep their eerie souvenirs.”

Separating Miracleman from his universe would take away a great deal of his uniqueness. OTOH, visitors from the DCU would certainly have *very* mixed feelings about what he had done to “his” Earth.

Drawbacks:
Authority Figure, Controllable Alter Ego, Public Identity, Misc.: Transformed back to human form and cannot shift back for a while when he hears the word “Abraxas”.

Note:
Later in his life Moran has MPR : One hand.

By Mark Ayen and Hartley Holmberg. 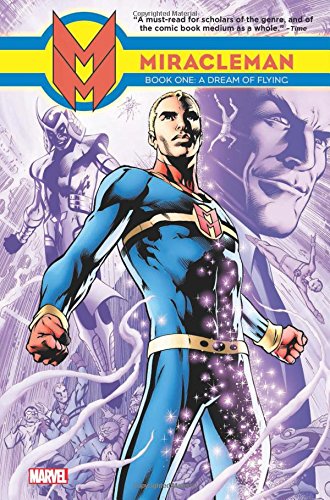 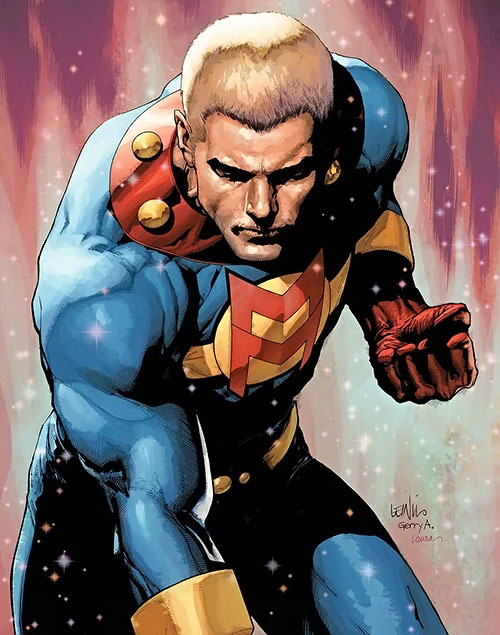 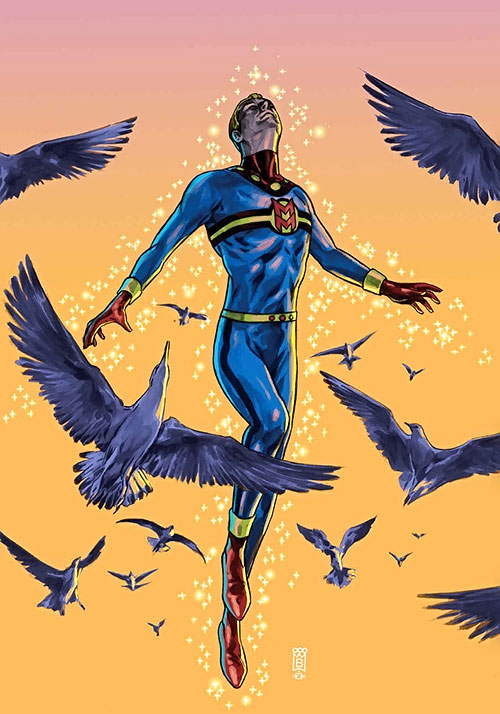 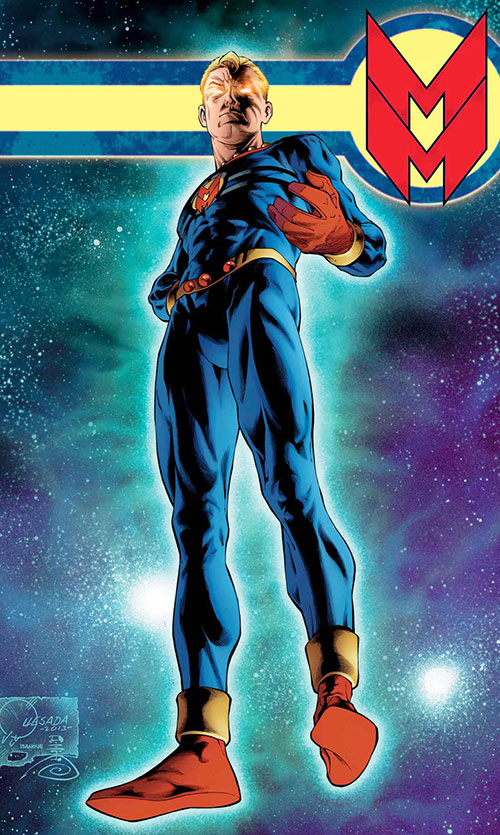