We have a small cluster of original character profiles themed after pop/rock songs — it’s the Homemade >> Rockworld category in the breadcrumbs. These were little creative exercises, many years back.

Among this lot there’s a collection of characters based on Styx  songs.

She feels that she embodies the spirit of America. Her superhuman powers have grown in the centuries she’s been alive.

Miriam McKenzie was the first child born on July 4, 1776. She is one of the mythical embodiments of America.

She has had a hand in every war America has been in since she was 13. Most people don’t think that she is the same Miss America who fought in all these conflicts. WWI was the first time she donned a costume and acted overtly. She also fought supernatural threats to the country.

Miss America spoke out against the isolationist and fascist preaching of Dr Anton Skoric, but Skoric seemed to have the ears of every one in the capital. His followers, now led by Dr. Righteous (actually Skoric himself who has achieved immortality) have ruined the country in her eyes and heart.

She became an alcoholic (something which had never affected her before), and wandered the country and the world for over 80 years. She returned to America and was approached by Renegade, who had found information about her and used some of the Lords equipment and contacts to find her.

She agreed to join the team in it struggle to return America to the Land of the Free.

A classic blonde bombshell in a patriotic costume, Miss America would easily fit in the Fem Force Universe. As Miriam McKenzie, she dressed rather conservatively. And uses the magic of glasses to complete her disguise.

Although still young and beautiful, Miriam seems older now for the first time in centuries.

She is quite upset at his father, he knows the dirty secrets about Dr. Righteous, and works tirelessly with the other Lords of the Ring to bring an end to his father’s manipulations of the American people. He is a noble and likeable man with a good sense of humor and more than just a little confidence.

Her proudest moment was her hand in the women’s suffrage movement.

Miriam has had it pretty rough actually, she constantly feels that America is not what it should be or could be, she has long periods of depression where she feels that the world is better off without her.

“I have never surrendered.”

Source of Character: Styx and my own imagination aided by my reading of Planetary. 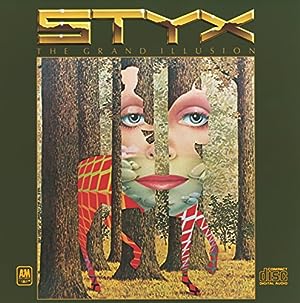