Miss Masque appeared in books by C-list published Nedor back in 1946. As the character ascended to the public domain there would be further versions, notably by AC Comics, but these notes are for the original.

These notes were part of a small run using early resources about Golden Age comics — some researchers published notes on the like of Fortunecity, Geocities, etc. — and Golden Age  characters having predictable stats.

Miss Masque had no superpowers to utilize in her battle against crime. She did, however, possess expert fighting skills and often carried a gun.

She is also featured in contemporary stories (which I have not read) in Femforce, fighting alongside the Avenger.

Her original costume consisted of a large orange hat with a yellow M on it and with a feather sticking out of it, an orange domino mask, a long-sleeved orange dress with a sideways letter M on the chest, an orange cape, orange boots, and orange gloves. Her hair is blonde.

Miss Masque is a fairly standard tough, vigilante sort. Except that she’s a girl.

“Any time a murder takes place, it’s time for Miss Masque to take over !”

She’s a woman… her name is Diana… heck, why not make *her* the replacement for the Golden Age Wonder Woman ?! You certainly couldn’t do any worse than Byrne’s horrible continuity mishmash ! 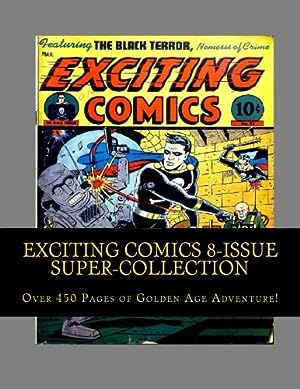