Mr. Blaze was not even a good fire-eater. But when he reached Fire Mountain something clicked within him.

His previously indifferent technological skill reached considerable heights, especially with the help of the Lava Men. He became a gifted inventor, especially for devices having to do with fire.

Mr. Blaze was an inept fire-eater operating in the US. Though he was fascinated by flame and fire, his act was not working. On several occasions he severely burned himself. He was treated as a joke. Though he had significant technological skills he never gained enough money or credibility to make use of them.

While being treated for yet another burn after fumbling onstage, Mr. Blaze saw a TV segment about Christopher Smith’s newest invention, a flame-proofing formula. Mr. Blaze decide to steal a sample that had been sent by Smith to a chemical lab.

Using flash bombs to incapacitate the guards and set fire to the mail room, Blaze ran away with the formula and a sample of formula-impregnated fabric. He soon learned to replicate the solution.

Soon after, Mr. Blaze heard about an active volcano destroying a village. People familiar with the area refused to approach it and considered the volcano, named Fire Mountain, to be cursed.

Mr. Blaze procured passage on a shady ship to Fire Mountain (an island of unknown location). But the captain, refusing to come to close, just jammed his passenger into a dinghy. Then he threw most of Mr. Blaze’s stuff overboard to leave faster.

Nevertheless, the ship was destroyed by balls of lava. This is when Mr. Blaze encountered the fantastic Lava Men of Fire Mountain. Sensing Blaze’s love for fire, the Lava Men considered him a kindred soul. Especially after he used Smith’s formula to withstand a rite of passage making him an honorary Lava Man.

Having somehow become the leader of the Lava Men, Blaze found inspiration and support. He became an excellent inventor. Among other things, he used local resources to design heat-based devices such as jetpacks he and the Lava Men learned to use quite well.

He told the Lava Men that the outside world was threatening them and that, once they were sufficiently well-armed with his devices, they should strike pre-emptively. Thus did they end up attacking a scientific ship approaching Fire Mountain, with Christopher Smith aboard as a guest.

Capturing the intervening Peacemaker, Blaze and his strange cohorts had him build a quadrasonic jet airplane for them. Blaze then loaded it with his weapons in order to raze Washington, D.C.. They then threw the Peacemaker into a volcanic fissure.

But as Blaze was flying toward Washington, the Peacemaker escaped and reached his own plane in Switzerland (which hints at Fire Mountain being in the Mediterranean). He caught up with Mr. Blaze as he was nearing his target.

At this point, the fireproofing formula Blaze had rubbed over his skin had started to decay. That was because Smith had not appended the stabilising agent in the description of the formula he had mailed to the chemical lab. Now unable to withstand the heat within the cockpit, Blaze had to eject.

This saved his life, since the Peacemaker destroyed Blaze’s plane seconds later.

Mr. Blaze thus escaped his bid at world domination unscathed and unseen. He never appeared again to the best of my knowledge.

He’s sort of, vaguely like the Mole Man and seems to desire revenge against a world that ridiculed him and his obsession with fire, and never gave him a chance.

“I am the master of fire… and I will rule the world !”

“I possess an incendiary cannon with which I will burn your mighty city into smouldering ruins !‘

Equipment:
FLAME-BLOCKING COMPOUND [BODY 01, Flame immunity: 06]. This formula can be applied over porous materials (including skin) to make it not only fireproof, but able to completely block heat somehow. A person who had rubbed themselves with the compound could stand a short distance away from molten lava without discomfort.

Mr. Blaze had his own inventions, though relatively little was seen of them. Those included :

Little is revealed about those Lava Men, really. They have Strange Appearance, and seem to be superhumanly strong (STR 08 ?). They could pick and hurl heavy balls of molten lava for great distances (Projectile weapon: 09, needs Object of Opportunity), even using those for anti-aircraft fire (Accuracy: 06).

They of course have high APs of Flame Immunity. Perhaps something like BODY 06 and Flame immunity: 08.

They apparently had advanced scientific knowledge (though little apparent technology), and were able lab helpers for Mr. Blaze. Thus, Fire Mountain became the equivalent of a 12 APs Lab. They also had little problem learning how to use Blaze’s devices.

The Lava Men seem to have low-level telepathic abilities. They do not speak but can apparently slightly mentally probe, and understand, human beings and each other.

They also appear to be fierce isolationists. Apparently they relate well with people who love heat and fire. 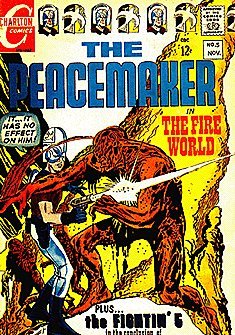 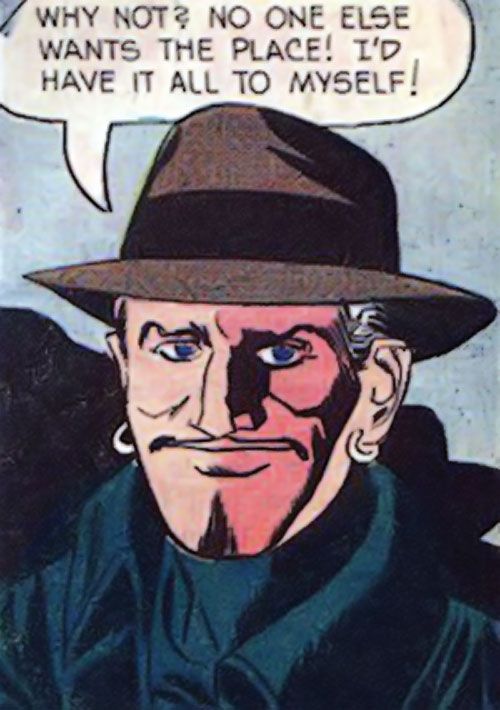 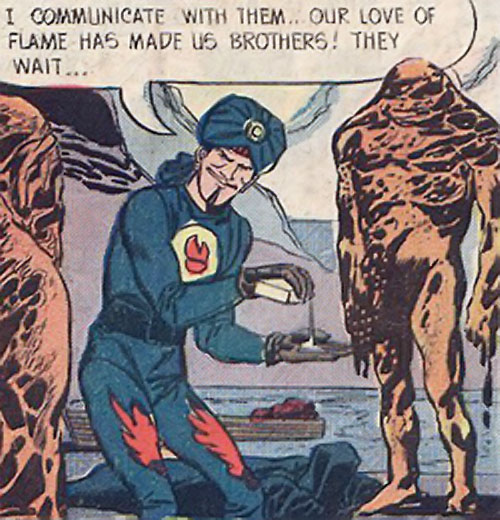 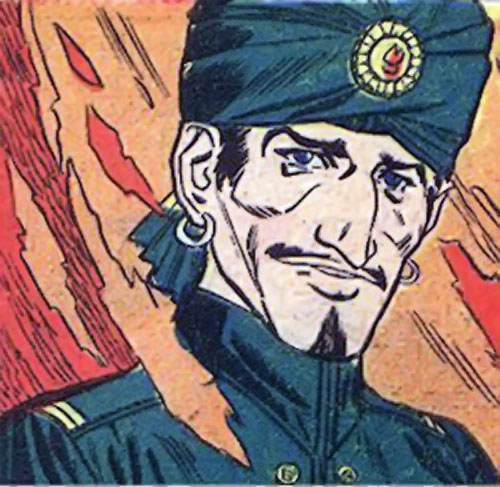 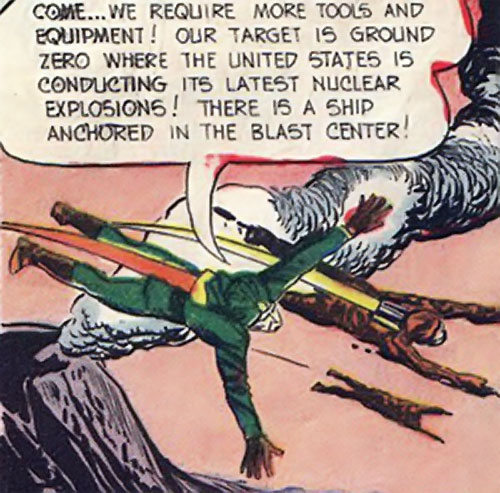 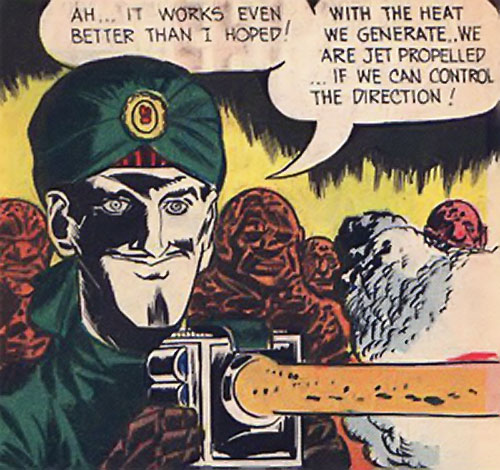 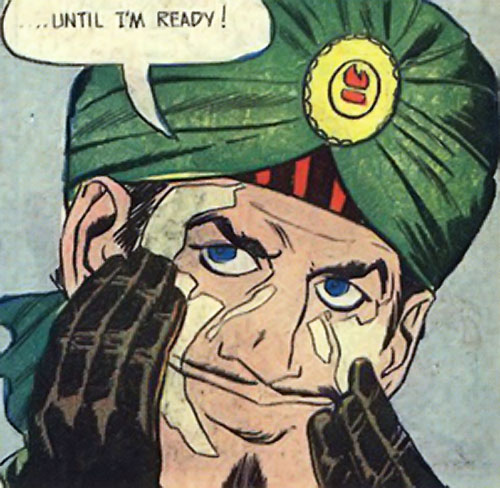