Mr. Chang is very clearly homage to the great cinematic gunman of various Chinese action flicks. He’s basically an idealized (read: godlike !) version of him useable in a wide variety of campaigns.

This Triads boss is a master of gunfighting. Even Revy uncharacteristically acknowledges him as her superior. He is transparently based on famous Chow Yun Fat characters, particularly Mark in A Better Tomorrow.

Chang fights with paired pistols, though the weapons he was seen with (AMT Hardballers and Beretta 76s) are curious choices in a story where the weapons are well-researched.

Chang is the Triad boss of Roanapur, Thailand. He works closely with the other organized crime elements of that city, including Hotel Moscow (the Russian Mob). Chang is actually the biggest advocate of peace.

The only thing that is known about his past is that it is implied that he taught Revy her combat skills.

In Episode 11, Chang obtained some documents detailing a fundamentalist Islamic terror organization. He arranged to have them delivered to the CIA. The documents detailed their unprecedented wave of terror and plots to attack several major American institutions including bombing several US Embassies around the world.

Knowing that the terrorists had the command of several small armies, Chang sent out six couriers with bogus documents as decoys. 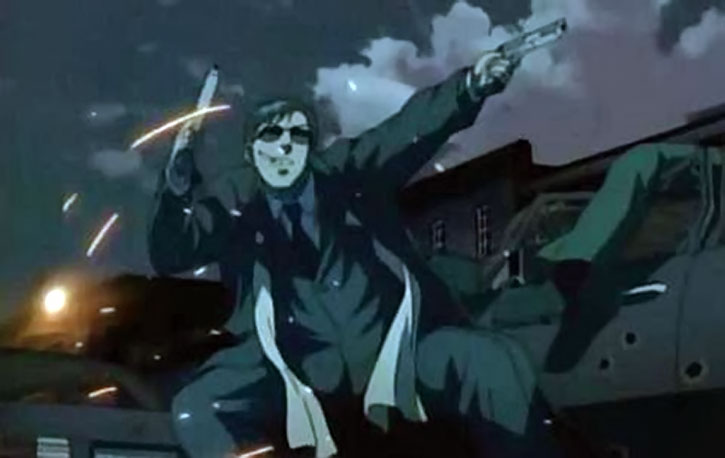 Chang then personally delivered the real documents to the Black Lagoon Company to have them delivered. (Yes, BL Co. does occasionally do somewhat legal work). However shortly after giving them their assignment the Black Lagoon’s company office came under heavy attack.

Chang took the lead and very casually shot his way out of the place buying the Black Lagoon team enough time to make their getaway.

Peace in our time

Later, when the vampire twins went on a killing rampage in Roanapur, Chang tried to calm Balalaika down. Chang advocated that they should work together to bring the twins in.

But Balalaika, furious at the loss of her trusted comrades, coldly refused. She reiterated that friend or foe, anyone who stood in the way of Hotel Moscow’s revenge would be cut down.

Chang is cool calm and collected about everything. Not once does he ever get even the slightest bit ruffled no matter how dire the situation is. He seems to calmly enjoy every aspect of being a Triad boss.

It should also be noted that he is a staunch advocate for peace in Roanapur. Thus, he fights hard to maintain the delicate balance that could easily be tipped. For a crime boss he seems pretty darn heroic in his own right.

Chang just doesn’t seem like villain material anyway you slice it. For the more street level guys with a slightly Asian bend such The Question or Richard Dragon or Oliver Queen he’d fit in perfectly as an ally of sorts. There could be a mutual respect forged to put aside their differences and go after the bigger fish.

Chang could easily be a support character that could feed these types of characters valuable info or perhaps even have a job or two for them. Chang would be most likely to get involved if some brash young upstarts start upsetting the balance that he’s made possible in whatever city you decide to drop him in.

Perhaps he could be a contact or occasional ally of Wolverine or other characters that frequent Asia. He’s all about maintaining the balance so it’s likely that he would be opposed to such groups as the Hand and other criminal organizations of Asia.

Most of Chang’s stats are highly speculative. He only fights once, but is assumed to be a bad ass because the one time we do see him fight alongside Revy and he clearly outperforms her.

Furthermore, Revy actually states that she isn’t to his level yet. The Shticks (fast draw and stance assessment are not clearly demonstrated), but it is somewhat implied that Revy learned her awesome skills from Chang himself so he is therefore assumed to do everything she can and more !

Likewise the Shtick (speed shooting) isn’t demonstrated either, but if he’s going to be an idealized Chow Yun Fat then it would make sense for him to have it.

Drawbacks:
Depends with individual. For simplicity’s sake, those thugs with Martial Artist have a special Drawback that prevents that Skill from raising their Initiative. 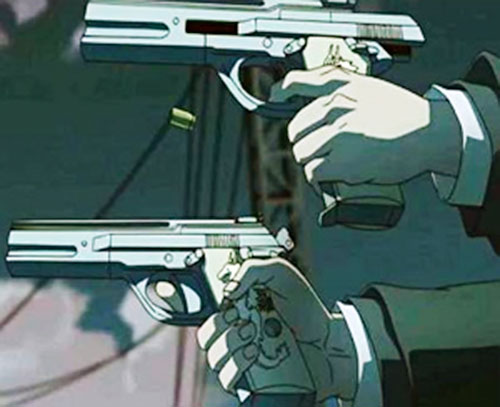 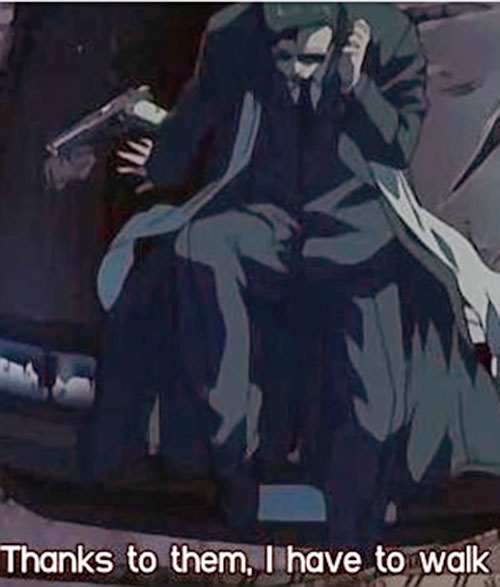 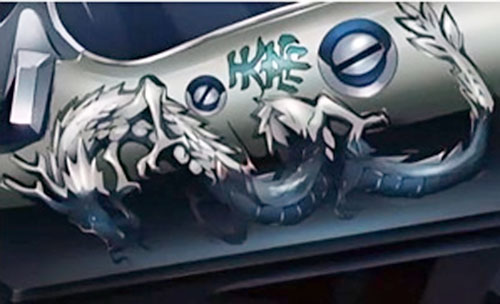