Reed can stretch parts or all of his body over long distances, and into various shapes. By stretching his eyes he has discovered that he can increase his vision.

The change caused his internal organs to be replaced with a “pliable bacterial stack”. It reacts with the air he breathes in to provide a rich supply of nutrients into his bloodstream. This enables Reed to stretch his body without affecting the functions of his vital organs, and has removed his need to eat or sleep.

Reed is also one of the most gifted scientists in the world, having doctoral degrees in a number of fields. His powers have also allowed him to stretch his brain in new ways, increasing his already prodigious intellect.

Growing up in Queens, Reed was the oldest of three children, and far brighter than those around him. However, Reed’s father couldn’t deal with his son’s genius. He treated his children harshly, leaving Reed and his sisters unhappy. His only friend was Ben Grimm, who protected Reed from bullying.

While still young, Reed discovered another dimension, and built a device that allowed him to send objects there. Demonstrating this at a science fair, he caught the eye of a talent scout for the Director of Mainland Technology Development.

Reed was enrolled at the Baxter Building, a Manhattan facility for gifted children run by Dr. Franklin Storm. He discovered they’d also found the dimension he had, the N-Zone, and they were surprised when objects began appearing there. Reed’s father was relieved to be rid of him, so Reed rarely saw his family, and had only occasional contact with Ben.

His only close contact was with his classmates and his dog, Einstein. He became particularly close with Dr. Storm’s daughter Susan, also one of the gifted children at the facility, and her brother Johnny.

It was a decade before Reed was ready to test his N-Zone transporter. Unfortunately his colleague Victor Van Damme made alterations to it without Reed’s knowledge. The experiment ended in disaster, changing Reed and the others.

Reed devoted himself to understanding the accident so he could reverse its effect, especially for Ben. This obsession often conflicted with his growing romance with Sue, and eventually won over it as she dumped him due to his devotion to science.

While beginning to overcome his shyness, Reed was still socially uncomfortable with those he didn’t know well. When he first gained his powers he was disturbed by them, especially when he realised he no longer needed to eat. But he became more comfortable with them and his role as superhero as time went on.

Finding a way to reverse the process became one of his driving goals, to assuage the guilt he felt over Ben’s condition. While he often got engrossed in scientific investigations – his curiosity almost beyond his control – he becomes almost obsessed on this hunt.

He became increasingly irritated over the control the military-industrial complex had over what he could explore. However, he had little option while his experiments required their backing. He disliked their systematic abuse of science though.

His relationship with Sue deteriorated he becomes further dissatisfied with the world he was forced to live in, wondering whether he could find another world to start anew.

“I rewired your stupid robot bugs into cleaning devices. They’re back in Manhattan cleaning my underpants right now.”

“It’s like everywhere I go there’s another Vic Van Damme, another Mole Man. They’re all the frickin’ same. The universe is a fantastic place, full of ideas and, you know, cool stuff. And everyone else seems to think it’s somewhere to set up their frickin’ butt-hat franchise.”

Nick Fury: “I figure you didn’t play a lot of ball at school, but -”
Reed: “You know what ? I didn’t. I stayed inside like a good little nerd. And now I’m one of the 12 smartest guys on Earth and dating the hottest girl in New York City. And the big old jock guy who played lots of ball at school ? He’s standing right in front of me asking for my help.”

Bonuses and Limitations:
Thief is Contingent upon Stretching. 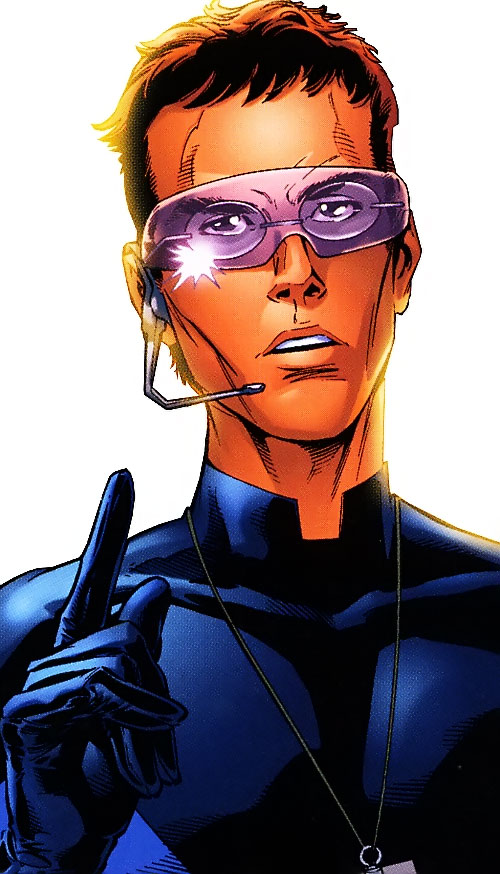 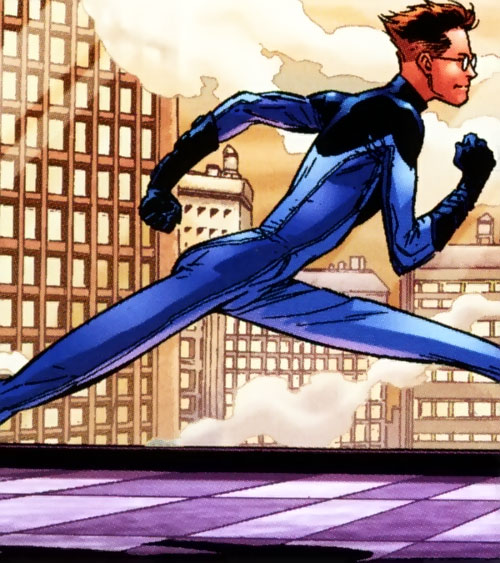 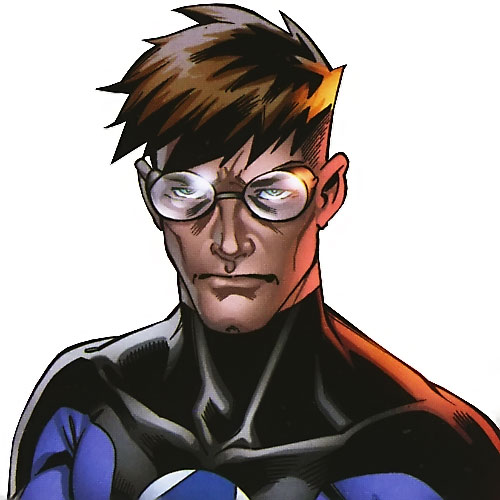 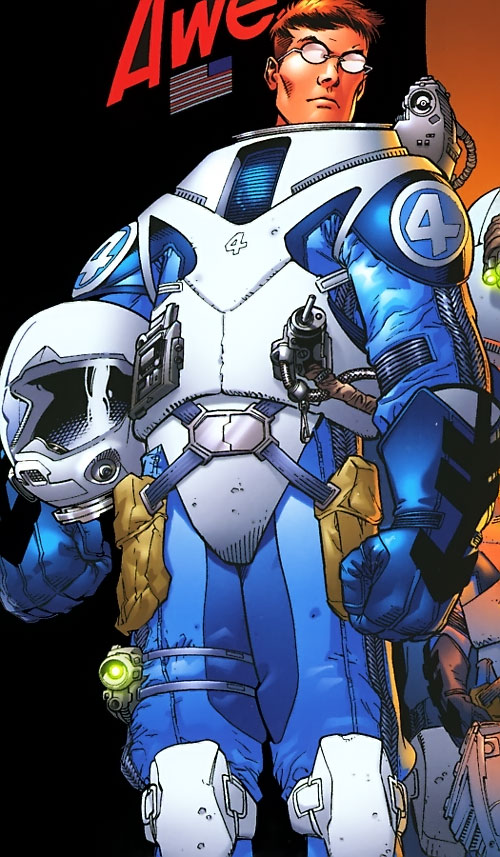