Mister Handsome only appeared in the 1992 graphic novel Catwoman Defiant.

That was during the era where Catwoman was redefined as a stronger and more modern character, in the wake of Frank Miller’s Batman: Year One and Mindy Newell’s Catwoman: Her Sister’s Keeper.

Mister Handsome relies on her wealth and a small army of masked goons.

The first Mister Handsome was a minor Gotham City villain. He was a rich eccentric fascinated by beauty, and wished to own every beautiful thing. He surrounded himself with luxury and œuvres d’art, and always had beautiful women around him.

Mister Handsome and his gang wore lifelike masks depicting identical bland but handsome faces. They had these on whenever they went out to steal some gorgeous thing.

Mister Handsome forced his wife Mary to remain beautiful forever. But this proved increasingly difficult with age, despite extensive plastic surgery. In the end, the tissues were too heavily damaged by repeated surgeries and she was slightly disfigured, triggering Mister Handsome’s ire.

Unhinged by years of abuse, Mary went into a murderous rage and killed Mister Handsome.

And I kissed her goodbye, said, “All beauty must die”

Driven by a pathological hatred of the beautiful things her husband liked so much, Mary donned Mister Handsome’s mask (and presumably a voice modulator) to pass herself for him.

She threw her husband’s corpse into the pit where his monster lived, and changed the Model Army’s mission. The things of beauty they stole were now to be brought to her estate so “he” could destroy them.

Whilst reviewing beautiful things to steal, Mister Handsome II chose Catwoman. However, Catwoman was as tough as she was gorgeous, and Mister Handsome’s goons were repelled. They eventually managed to take her by surprise, but at that point it was Batman who intervened.

After the Model Army agents were sent packing, Batman made a deal with a reluctant Catwoman. She would serve as bait to help him capture the elusive Mister Handsome.

Catwoman let herself be captured, and was thrown into the pit below Mister H’s estate to be eaten by the monster. The goons chained her ankles to a broken, heavy Venus de Milo  replica statue to prevent her from escaping.

As Mary, Mister Handsome offered to help Catwoman escape from the pit. But the thief had to promise to kill Mister Handsome in return. Mary’s goal was to die – but she wanted a particularly attractive person to kill her so as to satisfy her fixation.

Mary faked her death and, while Catwoman was busy sabotaging the fuel and ammunition depots, changed into Mister Handsome.

However, Catwoman refused to kill Mister Handsome and unmasked her, forcing Mary to explain what was going on. Catwoman’s explosives went off and both women were accidentally trapped under a wooden beam, while the monster was freed from the pit.

Catwoman wriggled free from the beam. When Batman arrived, she tricked him into fighting the Beast. She then helped herself to a number of trinkets from the Mister Handsome collection and ran off. Mary’s life was saved by Batman, but what happened to her next is unrevealed.

Mister Handsome and the Model Army all wear similar masks and suits. However, Mister Handsome’s clothing is visibly more expensive.

Mary is fixated on the notion that everything is hideous inside (a force which she calls “the beast”), and this ugliness gradually surfaces as time marches on. She destroys beauty to preserve it forever, before the beast can make it repulsive.

Her way to cope with the loss of her own beauty was to be killed by the most attractive person she could find.

Mary was as obsessive as any self-respecting Gotham villain. For instance, she took great pleasure in personally wrecking œuvres d’art.

The Model Army are somewhat competent but otherwise standard thugs.

They all wear the same realistic-looking mask depicting a smiling, handsome face, looking like a typical TV anchorman from the late 1970s or early 1980s. They all are well-dressed and well-groomed, with a suit and tie. It’s creepy, really.

This deformed, carnivorous creature was won by Mister Handsome I after a bet with a shady Filipino individual. It now lives in the caves under Mister Handsome’s headquarters.

The Model Army feeds it stray dogs from time to time – a chore they abhor. 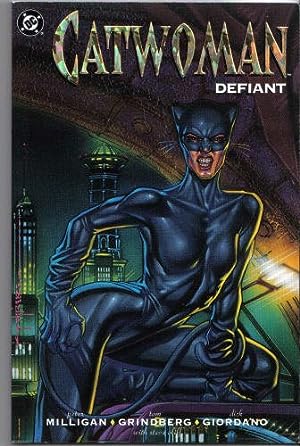 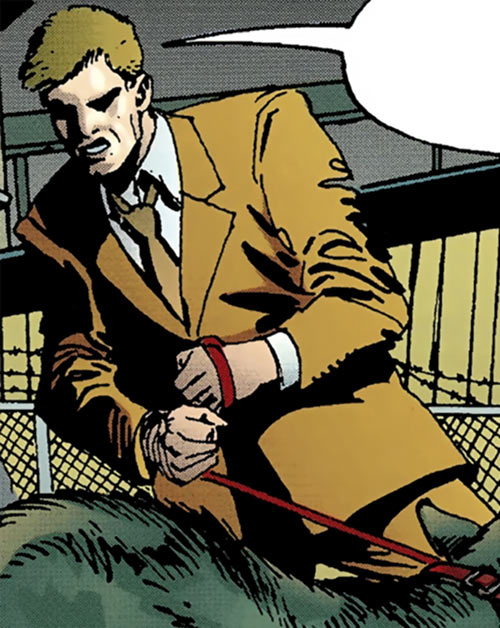 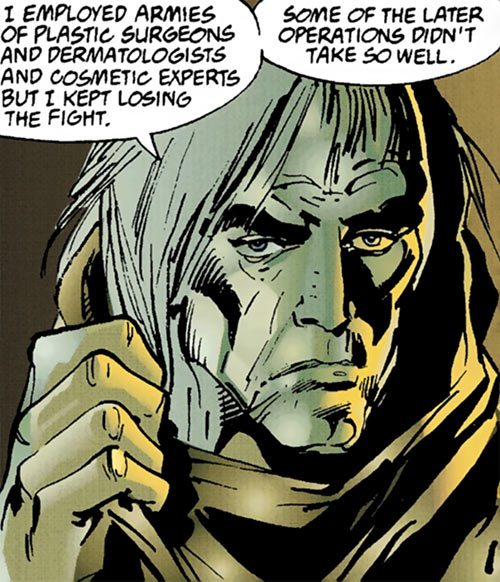 Beast in the pit : 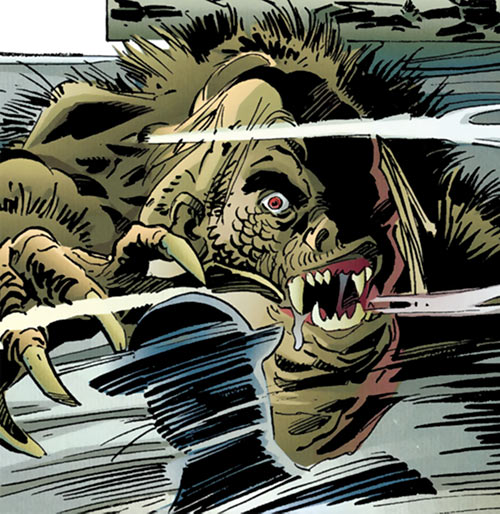