Mr. Mammoth is an immense, muscular and athletic man. He trains for all sorts of feats of strength, including power-lifting and breath-holding. He towers well over Batman, and was a good enough fighter to fight him on an even-looking basis for several minutes.

(Of course, that was the Silver Age  Batman – a powerful fighter indeed, but not the grandmaster that later versions of the character would be.)

His stature and strength are clearly superhuman. During his performances he is seen lifting a large conference wooden table with 10 baseball players standing atop of it. That would be about a ton. He can even balance that load on just one hand for a bit.

However, in the story this is not that big a deal. Nobody points out that this feat of strength is impossible. In a super-hero comic book world, this is reasonable. Enormous men with superhuman strength, such as the Ox (the Bloch brothers) in the Marvel Universe, naturally occur.

They are extremely rare, but they exist.

During the 1960s, “Mister Mammoth” was a colossal strongman. He worked with a travelling circus – whose name is never given in the story. Mammoth was famous and apparently one of the main attractions of the show. Back then, circuses were much higher-profile than now, especially with little children.

In 1964, the circus came to Gotham, with Mr. Mammoth being scheduled to give a benefit show for the Police Athletic League. The circus spent several days ballyhooing the show across town, but Mr. Mammoth experienced several surges of berserker rage.

Though he always managed to hide away from people in time, he thought that he was going insane and was now a menace. He refused to perform for fear of endangering his public, though he was too ashamed to explain why.

Mister Mammoth eventually agreed to let Batman help. After investigating, Batman and Robin realized that a radio jingle played by a Gotham City station was triggering subconscious rage in the performer. They intervened in time to keep Mister Mammoth busy during his next episode, then had the radio change its jingle.

The performance took place normally, though to my knowledge Mister Mammoth was never seen again.

A nice, well-meaning guy. He seems to have slightly above-average intelligence, charisma and decency.

He very much likes his job, and particularly enjoys entertaining kids with his feats of strength.

These stats posit a 7/4/5 Batman with Martial Artist: 08, since this is the mid-1960s. Batman is at this point a powerful fighter, but isn’t depicted as being as fearsome as he’ll later be. Plus, most of his opponents aren’t that impressive. He has a fair bit of HPs, though.

During the fight Batman alternates using his Martial Artist for RV sub and EV sub. Thus, despite his immense strength, Mr. Mammoth’s blows are often surprisingly inefficient against the Caped Crusader.

While Batman has trouble hurting Mr. Mammoth, this resilience takes a steep nose dive once his opponent has burned all his HPs on LDD (with his Conditional Soaking). Then the RAPs Batman scores suddenly become much more meaningful. 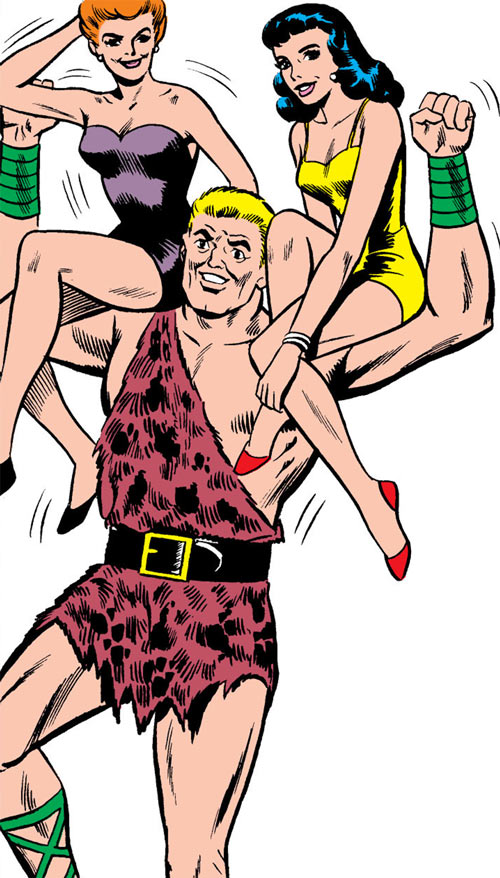 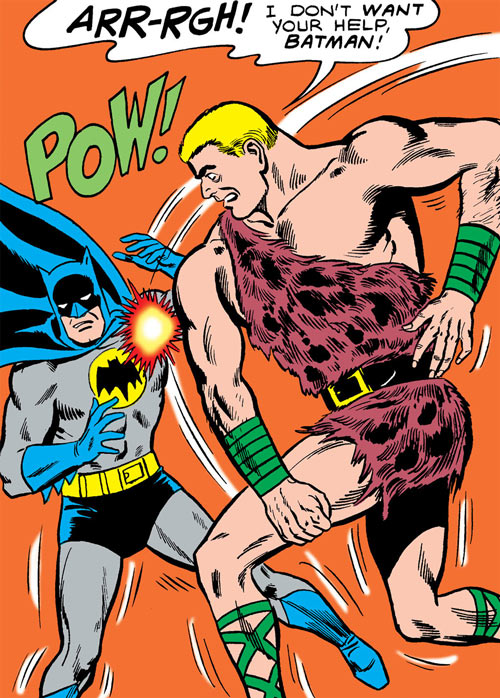