Mister Peabody, the smarted person in the universe, appeared in 1959/1960.

He had a segment on The Adventures of Rocky & Bullwinkle, which back then was a very popular cartoon anthology show on TV. Yes, we had TVs back then.

These here are short notes, mostly about his stats.

Eventually, Peabody decided to seek out companionship by adopting and raising a human boy. After rejecting several candidates, he saw Sherman being beaten up by a couple of bullies. Mr Peabody bared his teeth at the assailants and escorted Sherman back to the Hardrock Orphan Home. But upon seeing just how hard it was, Mr Peabody decided to apply to adopt Sherman.

After calling favors from his many connections, the court ruled: “There is no reason why, if a boy can have a dog, a dog can’t have a boy.” Once Sherman had moved into Mr Peabody’s New York penthouse, however, Peabody discovered that human children need “running room.”

To that end, Mr Peabody constructed his WABAC, a time machine, as a gift for Sherman’s 6th birthday. And the rest, as Peabody would say, is history.

Mr Peabody always comes up with brilliantly unorthodox solutions to whatever problems he and Sherman encounter in their historical explorations. Meanwhile, Sherman and whoever they’re visiting look on in awe (or scorn, for their enemies).

He also comes up with the worst puns imaginable at the end. 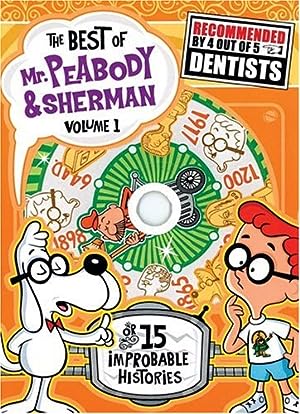 The Best of Mr. Peabody & Sherman