His fingers end in syringes. This serve as medical instruments (allowing him to use his Medicine skill without other equipment, in DC Heroes RPG terms), as well as allowing him to sedate targets.

He can create small singularities, capable of swallowing huge creatures, and emit dangerous levels of energy. But is cautious in using these due to the damage they can cause to the surroundings.

His fingers can extend a field of energy which forms a force field around him, and those near him.

He is also resistant to attempts to alter his mind and emotional state.

Stephen’s genius was evident early in his life. He graduated university in his teens, going on to become one of the country’s leading scientific minds. Deducing the “snowflake” shape of the universe, but meeting resistance and mockery of his ideas from the scientific community, he began building a biological model of it within his own brain.

The experiment caused him neurological damage. This triggered a deterioration of his body over the next three years, until he was left comatose. It was at this point that he was contacted by the sentient universe “Aleph” (no relation).

Aleph healed Stephen’s body, providing him his powers at the same time. In exchange it was allowed to reside in his brain, from where it could experience human life.

Taking the name Mister Pharmacist, he became an agent of the Establishment, a Secret British government-sponsored super-group. It had been protecting Britain since the 16th Century.

The Establishment reserves the right

He took part in the operation against the Daemonite invasion at Hobb’s Bay, and the subsequent battle over London. This resulted in the Establishment’s existence becoming known to the public, against his better judgement.

Sensing him as a threat, the Venusians incapacitated Mister Pharmacist as soon as they made themselves known, infecting him with some of their number.

Aleph soon managed to create anti-bodies capable of fighting the Venusians. This allowed Mister Pharmacist to face and eradicate the Venusians on Earth. The Establishment then used their technology to saturation bomb Venus with the anti-bodies, wiping out all Venusians. Or so they believed – a few of those on Earth had been acquired by Dr. Orwell.

We’re on a road to Nowhere

The Establishment were asked by the Russian government for help battling an outbreak of zombies. They discovered that Russian scientists had travelled to Dead Space. Creatures from there had begun travelling to Earth. But the Establishment managed to close the portal.

When they returned to Nowhere, they were met by Mother, the creator of Nowhere. He warned them that his brother, Dr. Orwell, was travelling to the end of the universe, intending to replace Metavac.

The Establishment accompanied him. But when they reached the end of the universe, they discovered that Dr. Orwell had been replaced in his own scheme by the Venusians, who proceeded to try and destroy Metavac.

While unable to defeat them alone, the Establishment bought time for Charlie Arrows to contact Metavac, and protect it from the Venusians. Mister Pharmacist presumably died at the end of the universe.

Mister Pharmacist is far happier investigating scientific phenomena than socially interacting with others. He generally seems stiff when talking with others about non-scientific matters.

“Hello ? Man with his fingers in the dead guy’s head is still talking !”

“Right then, this is for killing the only woman who ever kissed me without wanting to vomit afterwards.”

Since the Establishment has operated as a secret organisation for the first 400 years of their existence, they could be inserted fairly easily.

If also integrating other histories, the Establishment could have been called the League of Extraordinary Gentlemen earlier in its existence.

All members have communicators, which allow instant communication with Nowhere from any point on the planet [Radio Communication (Scrambled): 20], and they can all access a storage system, the Floating Arsenal, to access equipment that they may need on a mission. Each member can thus access an 8AP ABCD Omni-Gadget. 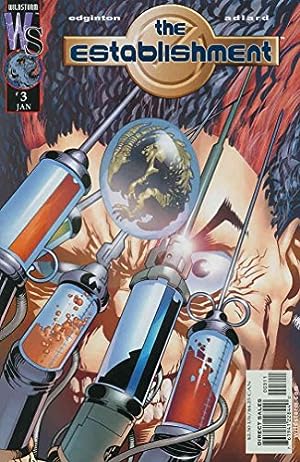 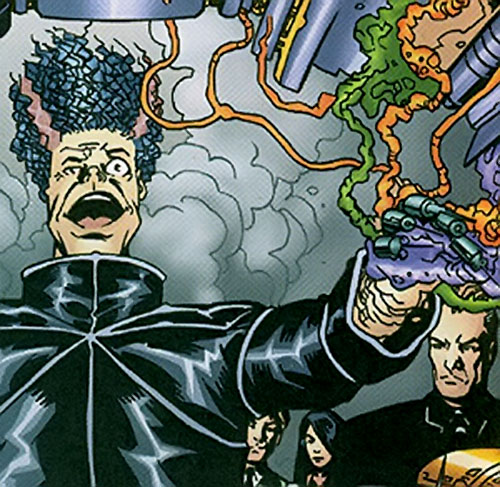 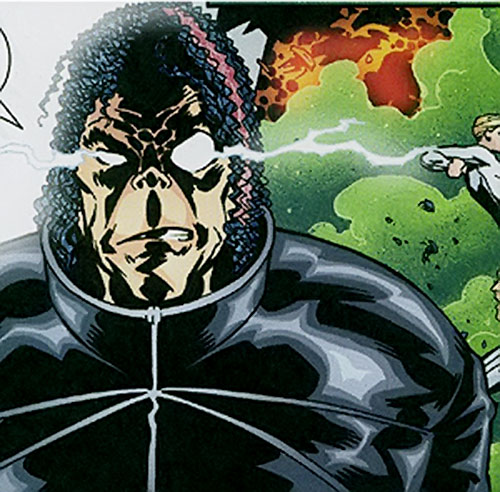