This elite henchman type only ever appeared once (Captain America vol. #384).

But he was sort of fun and attaching. If you don’t mind going with a scenery-chewing late 1970s action movie cliché bad guy.

Mister Phun is not very tall, but he’s extremely stocky and muscular.

His strength allows him to deliver fearsome blows, and he can routinely shrug off hits from street-level melee weapons. Diamondback hitting him over his head with a lead pipe had zero effect.

Mister Phun works as the main enforcer for Madam Xiana, who runs a brothel in Madripoor. He met Diamondback (Rachel Leighton) when Crossbones (Brock Rumlow) brought her there as a prisoner.

Diamondback freed herself and escaped. Mister Phun and other thugs chased her. Though Diamondback was faster, Mister Phun just couldn’t be stopped and wouldn’t give up.

Mister Phun fought the exhausted Diamondback in a toys factory. Though he nearly dropped her into a vat of boiling plastic, she acrobatically caught herself and kicked him into the vat instead.

A very stocky and very bald Chinese-looking guy with an evil moustache.

He wears a black suit, a white shirt and a black tie.

His English isn’t very good, with a limited vocabulary and an habit of telling his name in every single sentence.

He is oddly… merry, and seems to have fun fighting and chasing people. You do want to munch much scenery whilst playing Mister Phun.

“You tricky lady. Mister Phun not like tricks. More you make me angry, more you will suffer !”

“You very stupid lady ! You not yet learn nothing stops Mister Phun ?”

Mister Phun can do that easy too !

Bonuses and Limitations:
Skin Armour only vs. unarmed and blunt damage.

– Mister Phun has Colt .45 in should holster ! — Light pistol ● 6 points
– Mister Phun has garrotte up his sleeves ! — Chokehold, Improved Hold (both Limited 1 to suitable targets he can attack by surprise) ● 1 point

* Against blunt and unarmed
** Without defensive Roll or Protection

His Toughness is counted as a 7 for trade-off computations. 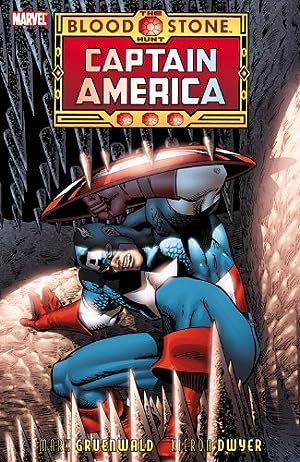 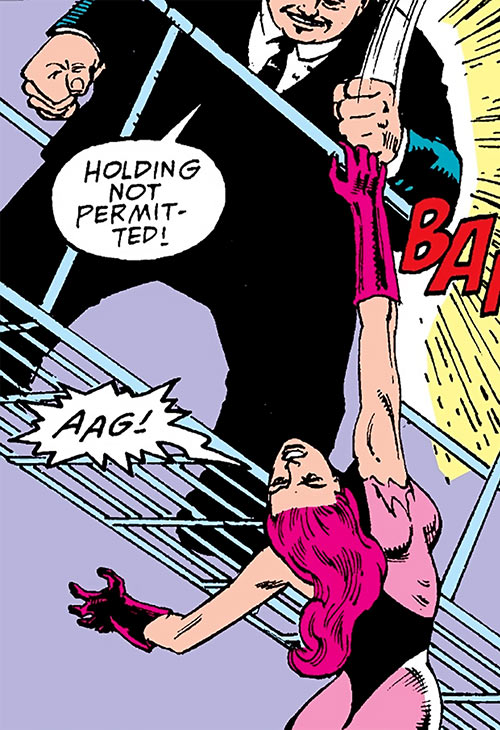