A low level telepath, Mister X is able to read an opponents mind in combat. This allows him to ’see‘ their movements before they make them. Mister X reacts accordingly, staying a few steps ahead and beating most opponents, no matter how formidable.

As it is telepathic, however, this doesn’t work on non-sentients, such as robots. Or even on those with a degree of mental protection, such as Wolverine when he entered a berserker rage.

In peak physical condition, Mister X has mastered most terrestrial martial arts. He has even tried to develop a synthesis of Kree and Shi’ar unarmed combat techniques. He’s also proficient with a variety of weapons, both melee and firearms.

While he erased his previous history, it’s known the man who became Mister X came from a wealthy family. He developed a fascination with death as a child, after seeing a woman hit by a car. The incident triggered his latent telepathy, and he linked with the dying woman.

Attempting to recapture the thrill that had given him, he slowly became more deranged. Mister X eventually devoting his life to the arts of killing. He soon murdered his parents, and most people he knew.

Travelling the globe, he trained with teachers of a number of fighting styles. He would kill them after he’d surpassed their skills, and marked his body with a scar for each of them.

The path of murder

Satisfied he’d learned all he could, he began hunting the best fighters on the planet. A few he let live, inviting them to join his Murder Avant-Guard. Members included Blok, the Major, and the Ladykillers, T&A). His hunts resulted in him being the subject of termination warrants in 17 countries.

This quest led him to fight and beat Wolverine, who had labelled him Mister X. He offered Logan membership in the group, but Wolverine refused, flying into a berserker rage. In this state, he nearly overwhelmed X.

Seeming about to win, Wolverine was knocked out by Blok. Unhappy at how unfairly the fight ended, Mister X let Wolverine live, promising a rematch. He even clandestinely helped Wolverine to ensure he survived to the rematch.

His opportunity for a rematch came during the Bloodsport Tournament in Madripoor. There, Mister X was the reigning champion. After killing Headhunter, and beating Taskmaster (although he was stopped from killing him by the rules), X faced Wolverine in the championship bout.

Wolverine realised during the fight that X’s combat abilities were amplified by his telepathy. He again allowed himself to enter a berserker rage. Despite Mister X winning the contest on a technicality, he couldn’t beat the enraged Wolverine, and barely escaped alive.

But Logan refused to enter his berserker state, or even to fight. He had recognized Mister X’s obsession with him. Swearing never to fight Mister X no matter what he did to provoke him, he left him broken, unable to correct his one defeat. X remained in this state until contacted by Osborn to join his black ops Thunderbolts unit.

X accepting Norman Osborn’s offer – but not due to the money, since he’s reputed to be richer than Osborn. The Thunderbolts helped him fake his death, to free him from being Tyger Tiger’s champion.

Even the missions he got as part of the team weren’t enough to satisfy his blood lust, though. Thus, he once he left without authorisation to hunt guerrillas in Venezuela.

He finally got what he wanted when Osborn lay siege to Asgard, though. There, he had the chance to fight and kill a god (technically, although it was only a normal Asgardian).

X briefly wielded the Spear of Odin. But it was taken from him when Quicksilver, moving too fast for his telepathy to work, severely beat him and broke a number of bones.

Obsessed with being the greatest fighter, Mister X has developed an addiction to feeling someone die in his mind. He often has to hunt someone just to get that high.

He’d prefer it were a skilled fighter, or someone who’ll give him even a brief workout. But he will settle for random strangers if he must. 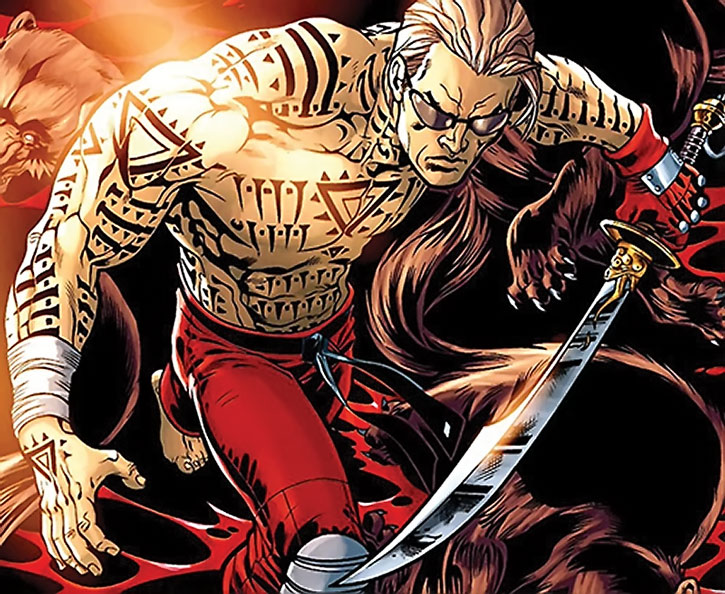 His powers have made him arrogant, bordering on overconfident. X feels that none can match his abilities, and he has a particular disdain for costumed types. This may be due to the possibility of them unfairly countering his abilities.

He isn’t much of a team player, often goading his more impulsive team mates into fights to alleviate his boredom. Yet he still treats most opponents with disdain, only enjoying fights against opponents who truly challenge him. He also enjoys fighting those able to counter his powers and offer a fair battle, at which he becomes almost giddy with joy.

“Rumour has it there’s going to be an assassination attempt this evening, and I never back down from a challenge. Anything to relieve the ennui.”

“I’m bored, and I’m looking for a challenge. And if you people can’t set me up against some opponents capable of actually testing my skills, I’ll just have to settle for killing all of you.” 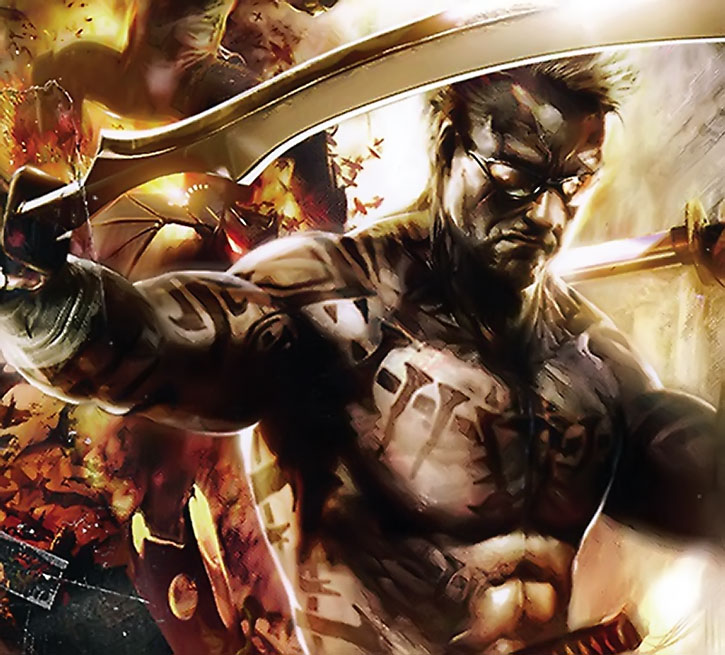 [Goading the Headsman] “What if I were to submit that you and your brother are ignorant peons with poor personal hygiene and frankly risible taste in facial hair ?”

“You’re an embarrassment, do you know that ? After all, I have a reputation to maintain, and it pains me to see it tarnished by association with a grimy little amateur like yourself.”

“I want to make her watch. That way, when I finally do get to kill her, I’ll get to savor all that delicious guilt.”

“What happened is a hallmark in my career, Scourge. I… just killed… a god.”

Mister X and Shiva have been circling each other for years, flirting as they look forward to seeing who’s the better fighter, but always finding a reason not to engage in the contest they know only one of them would survive.

Equipment:
He usually wears a pair of swords, sometimes handguns, garrottes, or other weapons as he sees fit. And always wears shades, even indoors, at night.

It’s been claimed in one appearance that he’s a mutant, but this has yet to be verified. So he may have Mistrust (Mutant).

I can see what you’re thinking

Mister X’s low level telepathy lets him see an opponent’s moves before they make them. This allows him to counter them and penetrate their defences with ease. Which makes him a threat to even the most skilled of fighters.

He makes a Mind Probe attempt on his target. Success indicates, rather than obtaining information from their minds, that he’s able to use Power Reserve to boost his Dexterity (and linked Skills) while fighting that opponent. The increase is equal to the RAPs of the Mind Probe (to a maximum of 5) as a linear addition.

The boost only works against one opponent at a time, though. So if a second opponent joins in Mister X has only his regular level of Dex to face them.

Of the few times he’s been beaten in single combat, it’s been due to his opponent switching to a fighting style he can’t read. Such as Wolverine going berserk, or Iron Fist opting for a drunken fighting style.

In game terms, if the opponent’s Player comes up with a good story to explain it (drunken kung fu, berserker rage, purely instinctive reaction, special meditative technique, etc.), the GM can allow a re-roll a Mind Probe, on which the opponent should spend HPs.

There have been a few times he’s been completely unable to read an opponent, such as: 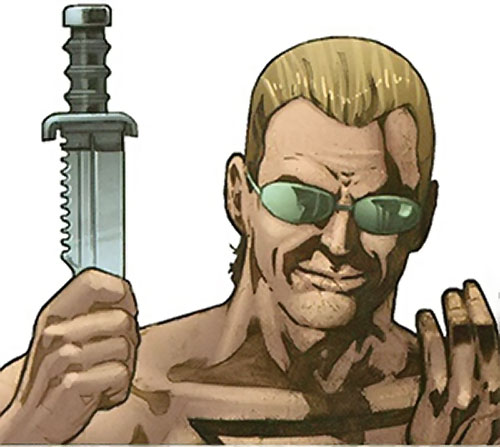 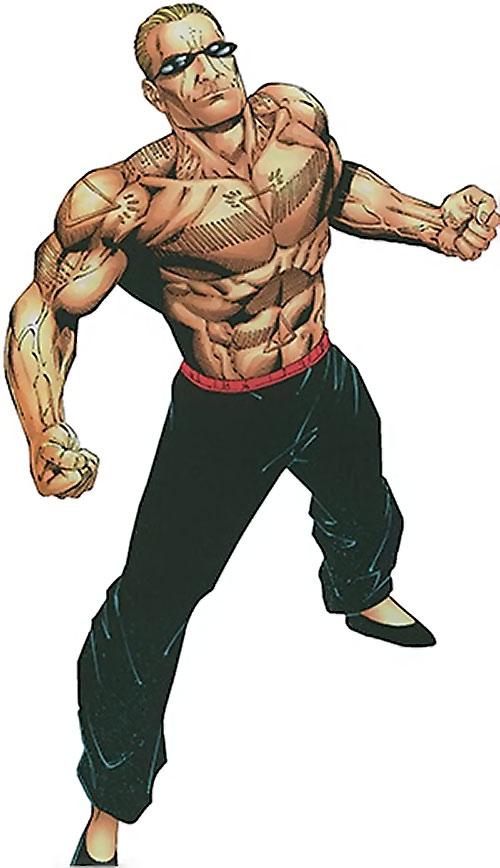 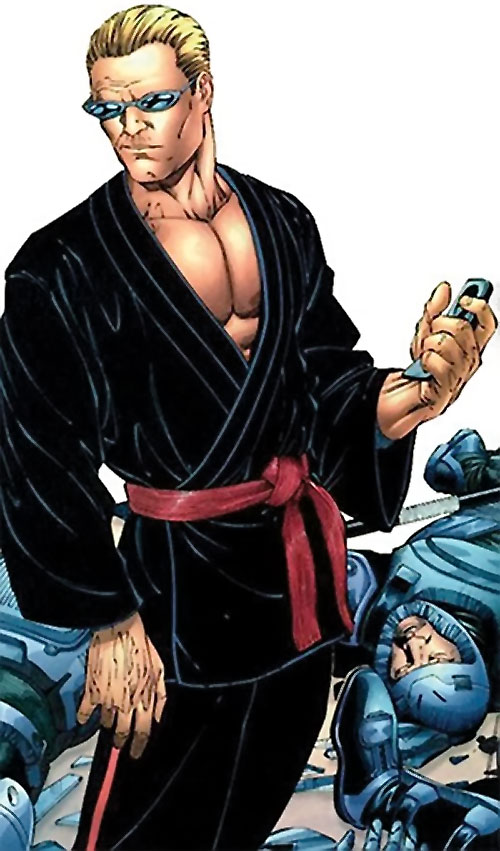 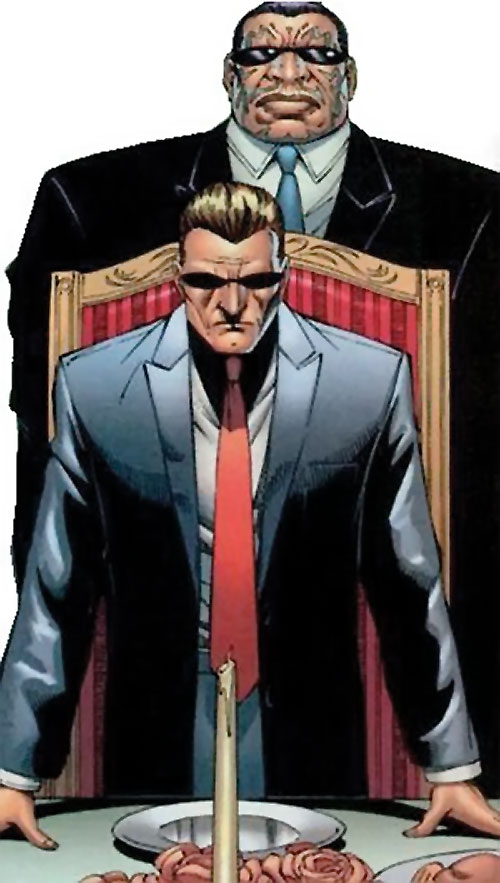 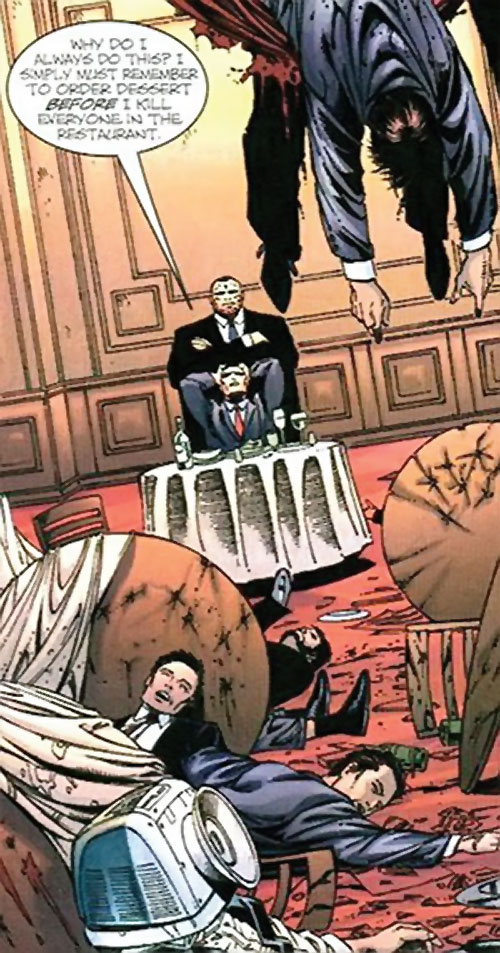