Mitsurugi is a legendary swordsman. He is greatly feared of the battlefield and able to turn the tide of entire battles. He‘ extremely good at mowing through mooks on the battlefield.

Through training and hard work he is also adept at defeating multiple gunmen with only his sword (as seen in some of his CG cut scenes).

Mitsurugi is a rough, haggard man. He typically wears simple traditional 17th century Japanese clothes. He has long hair which he often binds into a samurai style and he typically doesn’t shave.

He usually wears samurai style armor into the battlefield. 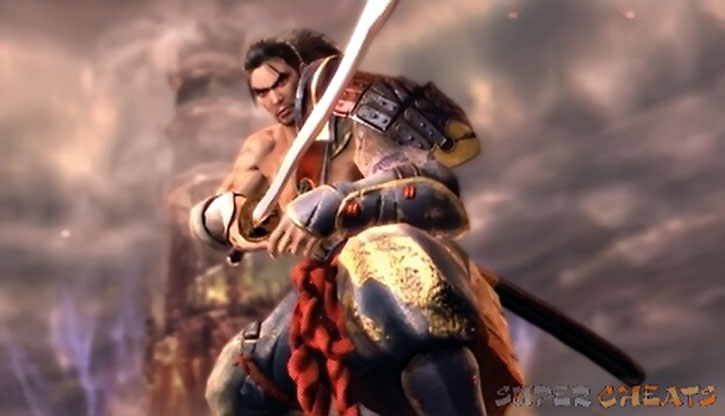 Mitsurugi pretty much lives for the fight. He only wishes to improve his skills. Though technically a mercenary he cares little for money. He certainly doesn’t care for any of the causes he is paid to fight for.

He often joins the side that‘ supposedly destined to lose. His aim there is to fight against overwhelming odds to improve his skills.

“You will be a stain on my sword.”

“Prepare for my arrival, whoever you are ! I’ll soon relieve you of your sword !” 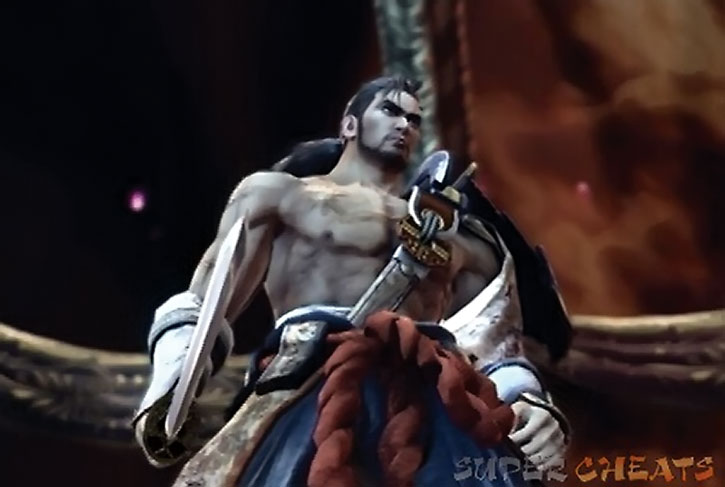 “If you want to kill me, you’d better bring a whole army !”

Angol (after being defeated): “Take my sword and my power and do with it what you will.”
Mitsurugi: “I don’t need it. Weapons are just tools. True strength lies within me.”
Angol: “Well… done…” (dies)

Connections:
Mercenary scene (high), other than that Mitsurugi doesn’t really have any connections he fights to improve his skills and support himself and then wanders in search of the next worthy opponent. Thus he doesn’t maintain any connections.

Drawbacks:
CIA (fighting worthy opponents), Misc. Mitsurugi doesn’t speak English or any other language other than this native Japanese.

In his first appearance on Soul Blade Mitsurugi wasn’t nearly as powerful until he was humiliated by a rifle in front of his lord and retrained himself. Drop Evaison altogether, and Martial Artist and Weaponry by 2 points ; HPs are 20 fewer. He also didn’t have any of his Schticks at that time, but would develop shortly after as part of his training.

This is the stance of a true samurai. Legendary samurai were said to be able to draw their blade so fast and with such skill that it would do two or three times as much damage as a normal attack. Mitsurugi has mastered this skill.

In game terms he combines the Schticks Fast Draw and Telescoping feint for deadly attacks that often take opponents by surprise of the sheer speed and ferociousness. It doesn’t hurt that he tends to spend HP on these attacks either. The bracketed Initiative above indicates his enhanced initiative when he is using his Iasijutsu Stance.

Mitsurugi technically has the rich friend advantage. He will typically do a bit of mercenary work to bolster his resources and give the excess of his earnings away. He tends to travel light and only keeps enough money to cover his basic expenses. Furthermore Mitsurugi‘ attitude is normally pretty gruff and abrupt and he generally tends to rub people the wrong way. 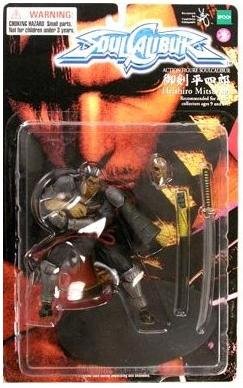 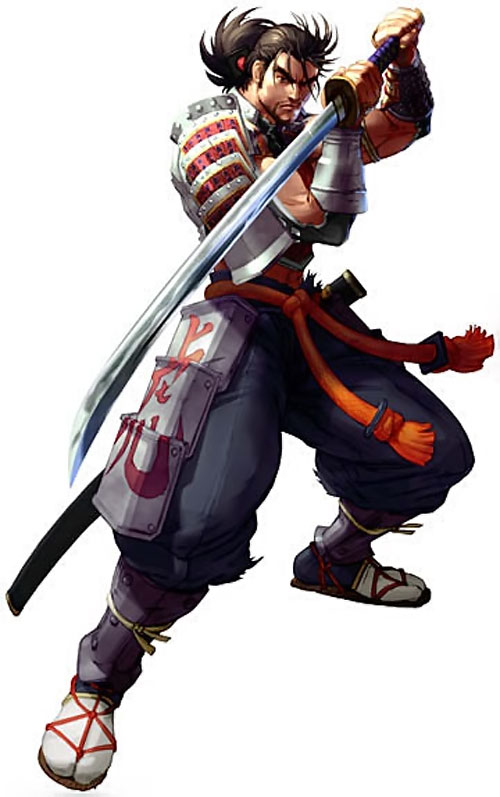 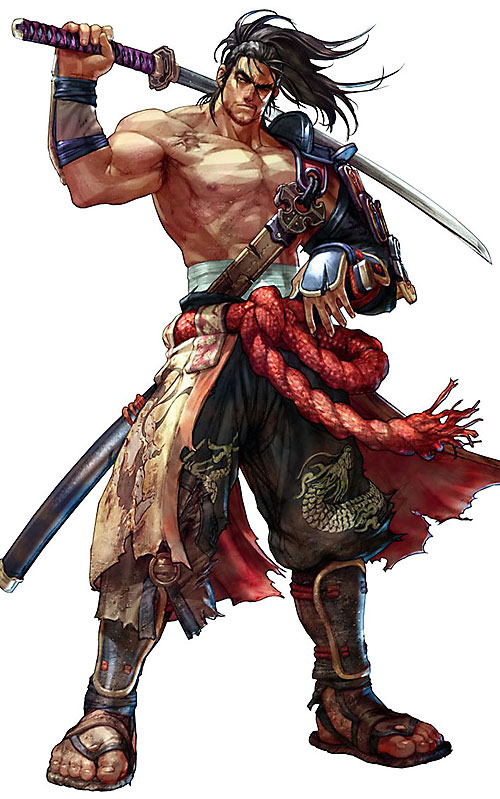