Mocker is an android. His artificial body is much more rugged and durable than a human’s.

Mechanisms within his body allow him to project and focus sound, either as a concussive burst or sound effects used to distract and taunt his opponents.

Android Mark R was constructed by a band of research technicians disgruntled with their various employers. Using stolen parts they created the prototype of what was to be, servant/worker androids. Somehow their bungling attempt succeeded in awakening a true artificial intelligence. An intelligence with a somewhat twisted sense of humor.

Realizing their mistake, they attempted to dismantle their creation. “Mocker” (as he immediately renamed himself) replied with lethal force.

After the demise of his creators, he then began to break into various warehouses, stealing spare parts to repair himself if needed. It was during this time he met F.I.S.T. and they have been a team ever since.

Mocker wears a hood to cover his head. What may look like a sinister Cyclops eye, is indeed the mouth on a huge orange smiley face.

Mocker is a lethal loon. He enjoys nothing more to taunt and irritate people with his Sonic Powers.

He is also paranoidly touchy about his face. He once befriended a toy maker who built him a new head that resembled a Jack-O’ Lantern and presented it to him as a gift. Mocker killed him. 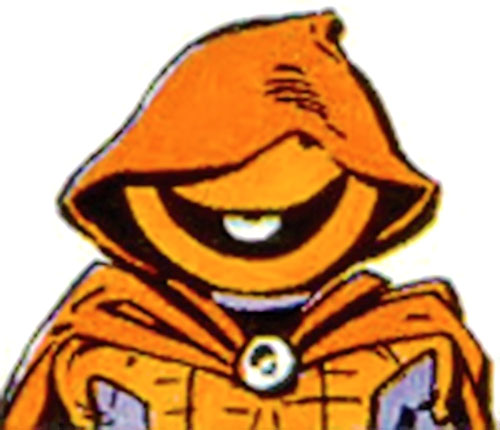 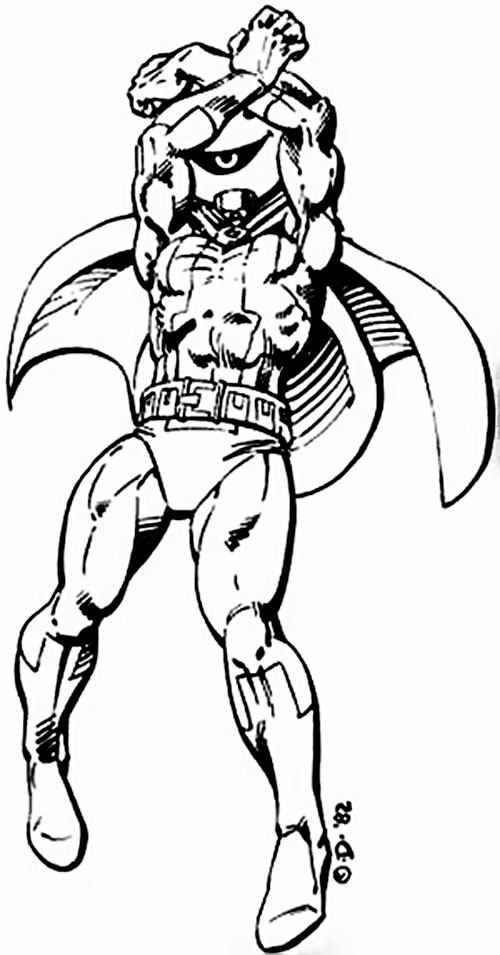