Owen Reece alias the Molecule Man is according to Uatu, the Watcher, the most powerful being in the Marvel Multiverse. All human beings are known to possess latent genetic potential for psionic  powers, but Owen had greater potential than any other Earth human being.

He can psionically manipulate all forms of matter and energy on a cosmic level. He can affect matter on the atomic and subatomic levels, as when he transmutes one substance into another, and on the molecular level, as he mentally changes an objects shape.

Owen can also affect materials as a whole as when he levitates for example entire mountain ranges. He can also shoot powerful bolts of energy and even disrupt the molecular bonds of matter entirely. His powers effectively enables him to destroy the Earth if he wanted to.

He may also use his energy powers for creating passages through hyperspace and travel between dimensions.

Previously he possessed self-imposed mental blocks that hindered him to use the entire range of his powers, but these have since been removed. His adventuring and laboring at the atomic plant has left him some knowledge of molecular physics and general science.

The Molecule Man is clad in a green body suit with a purple belt, purple boots and purple arm bands. From his belt up to his shoulders he has parts resembling purple lightning bolts, one on each side, and on both chest and back. Hands are kept free and the head is uncovered.

As a result of him gaining his powers Owen’s face carries very distinctive markings of lightning bolts centered from between his eyes. He also has brown hair and brown eyes, but is not particularly handsome.

Being a physically weak and small man combined with an erratic and insecure body language he gives the impression of being a nerd. There are no visible signs at all of his godlike powers, but the distinctive markings on his face and a supervillain costume might lead some people to think that there is more to this man than meets the eye.

At the beginning Owen Reece was a frail and timid child who obsessively clung to his mother. He grew up into a weak-willed adult, made bitter and lonely by his mother’s death, and full of fear and hatred for what he regarded as a deeply unfriendly world. 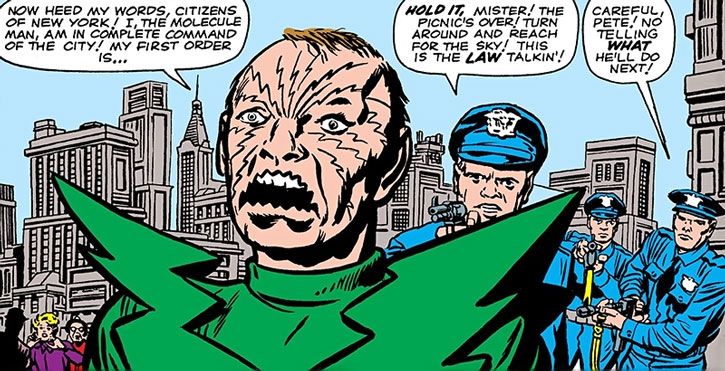 When he gained his powers he tried to live out all his dreams. Unfortunately, these mostly included conquering the world. After having been convinced to seek psychiatric help he has mellowed down somewhat. Owen still stutters when excited or afraid.

After having adventured a lot among Earth’s greatest heroes and villains Owen believes in the love that he and Marsha Rosenthal alias Volcana share. He now just wants to live the life of an ordinary joe going to work each and every day.

Unfortunately cosmically powered being such as the Molecule Man never truly get to rest and he will again be seen and then probably on the side of the good guys.

Well, this guy is the most powerful human character that the Marvel Multiverse has to offer? As such inserting him into the DC Universe might shake things up a bit. He might, with some risk, be used as a human element in a cosmic campaign or even as a nerdy consultant or mentor for other cosmic or nature-controlling heroes.

Notes:
If there appears to be some molecular feat that Molecule Man should be able to do but that is not covered by his powers feel free to add Omni-Power to the power list, Power Reserve is usable with any single power.

Equipment:
Wand [BODY 18, Personality Transfer: 25, Bonus: Enables Molecule Man’s Matter Manipulation to be used to create a new body if his original physical body is destroyed, Limitation: Personality Transfer can only be used for possessing anyone who touches the Wand and for as long only as the Wand is touching the victim]. 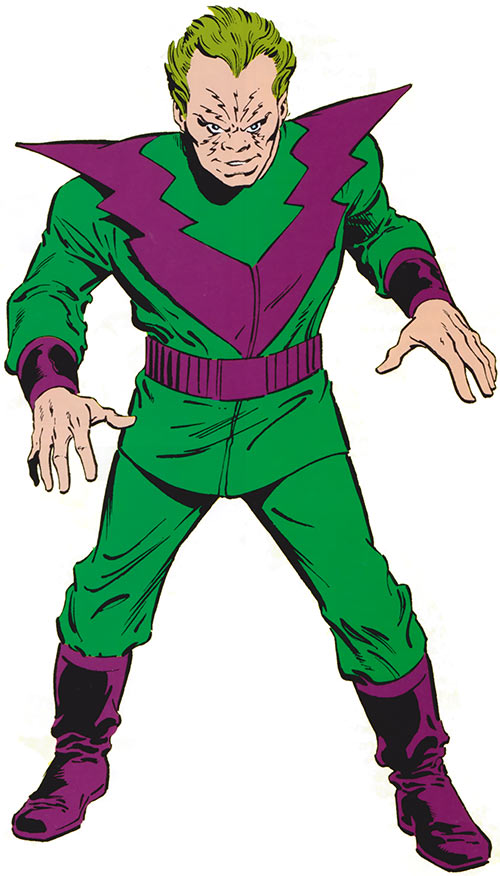 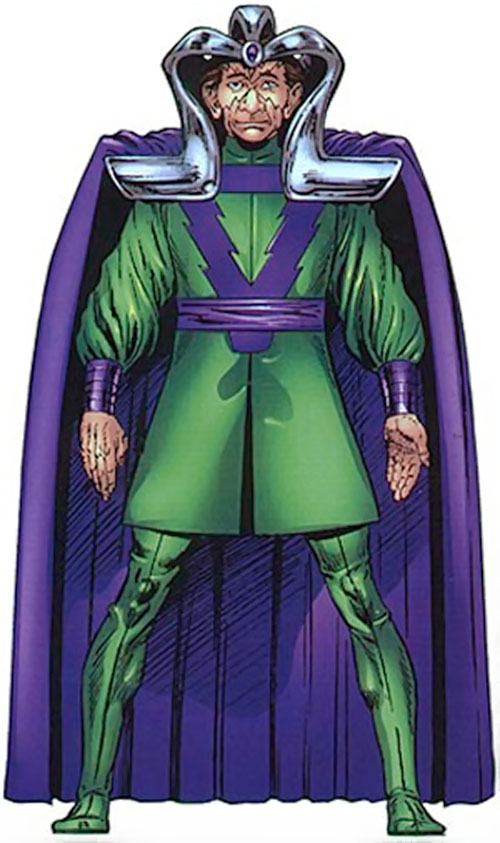