Molly has superhuman strength and invulnerability. She is able to take hits from members of the Wrecking Crew without apparent effect, and rip Cloak’s cloak off. After any period of using her enhanced strength, however, she usually falls into a deep sleep for a while.

She has also exhibited a degree of resistance to mental powers, but this may just have been a natural immunity to her parent’s powers.

(A complete History of the Runaways can be found in the team entry).

Molly is the daughter of a couple of successful doctors. Unbeknownst to her, these were powerful mutants, although they believed she hadn’t inherited the mutant gene. They were also members of the Pride, a secret cabal of six couples who controlled a vast criminal network, centred in Los Angeles. The Pride practically owned the city.

Since she was he youngest of the Pride’s children, when the others learned the truth about their parents they kept it from Molly. Their attempts at investigating were discovered by their parents, and Molly’s life was threatened if the Runaways didn’t surrender. They rescued her, convincing her of the truth, and she joined them in fighting their parents.

Following their parents’ death, the Runaways were all put into care. Molly, being a mutant, becoming a word of the X-Corporation. She preferred being with the Runaways, though, and snuck from the X-Corporation to be with them (given the powers available to the X-Corp it can be reasonably assumed they were content with this, or kept some kind of watch over her).

Always pushing the group to become super-heroes, she insisted they take codenames. She even tried a couple of times to get them to wear costumes. She chose the name Princess Powerful, but the others started calling her Bruiser.

The codenames didn’t last long, but she continues referring to herself as Princess Powerful now and again. Just not usually in front of the other Runaways.

During the team’s first trip to New York she got to meet her hero, Wolverine. Unfortunately the Avengers were there to get the Runaways back into care. And Wolverine was a meanie, so she punched him through a wall.

During the team’s sojourn to 1907 she met Klara Prast, who accompanied the team back to their own time. As she was close to Molly’s age, Molly took it on herself to introduce Klara to the modern world, and the two are usually found together.

Following a niggling message in her head, Molly travelled to San Francisco, where the worlds mutants were congregated. She again met Wolverine, and again punched him through a wall, but allowed him to show her around (although he was no happier about it than she was) to try and get her to join them there.

After a kidnapping incident by a victim of the Pride, she forgave Wolverine, although she decided to stay with the Runaways.

Excitable and precocious. Molly, as the youngest of the group, is used to being sheltered a bit by the others, except in combat situations where she’s more than capable of taking care of herself. It’s possible that a lot of this is her acting immature for attention, and that she’s actually a lot smarter than she appears.

She is still 12 though, so a good bit of her is genuinely excited at the adventurous lifestyle. While naïve about some things she is smart in others. She’s also the most idealistic of the group, and the one always pushing them to be super-heroes. She was the only one to make a superhero costume, but gave up after Chase made fun of it.

“I’m a mutant but not a bad one like Magneto a good one like Doop and the X-Statix and when I grow up I’m gonna join the X-Men and get married to Wolverine so you better not act prejudiced around me. ‘Kay?”

“You guys should be more like Harry Potter’s parents. They’re good wizards. And they’re dead.”

“Did you see who we go to beat up tonight ? Their costumes were really pretty !”

“Yeah, you’re a villain… and your ringtone is stupid.”

“Can I touch your hair, Wolverine ? My friend Karolina said that you use gel, but I think it just grows that way ’cause you’re a mutant, oh, and I’m a mutant, too ! I used to have a poster of you and Doop in my bedroom when I was little, but I think you’re even cooler than Doop, and I liked that one time when you and the other X-Men met the Fantastic Four and…”

“That is freakin’ hilarious.”

Drawbacks:
Age (Young), Mistrust (Mutant), MIA (Sleeping after using her strength at or above full level).

Early in her career her MIA was an SIA, but it seems to have receded by the time they went back to 1907. 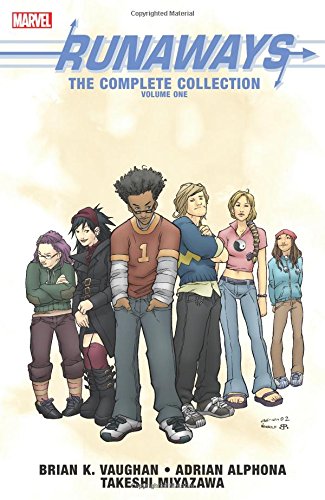 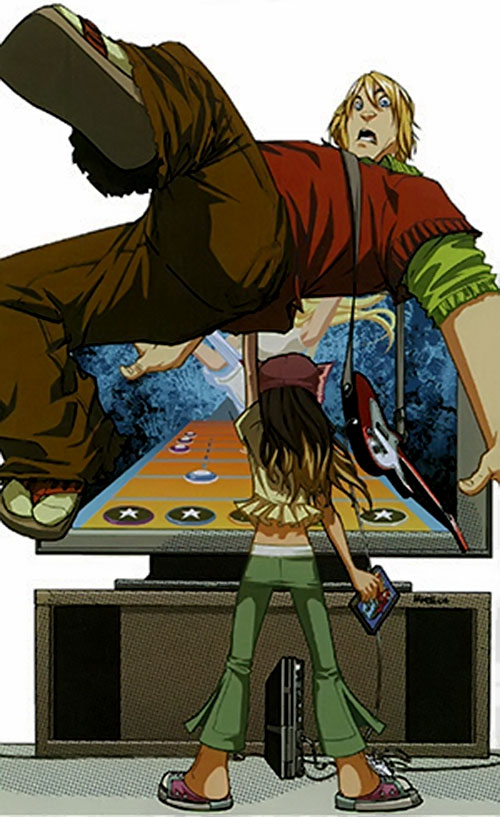 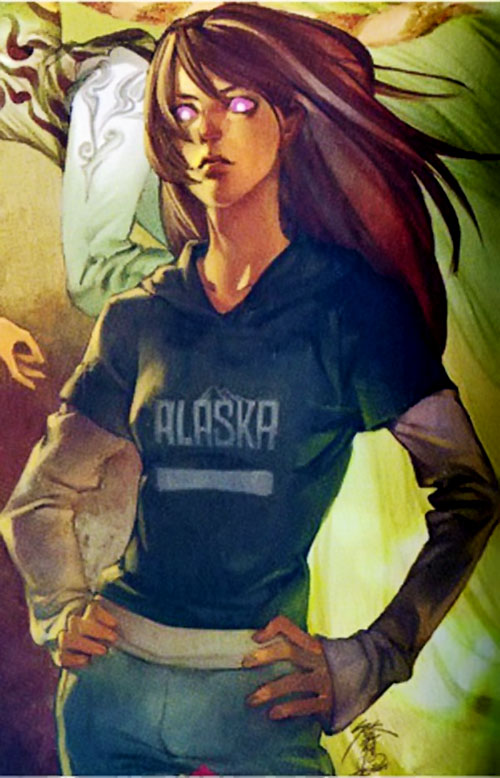 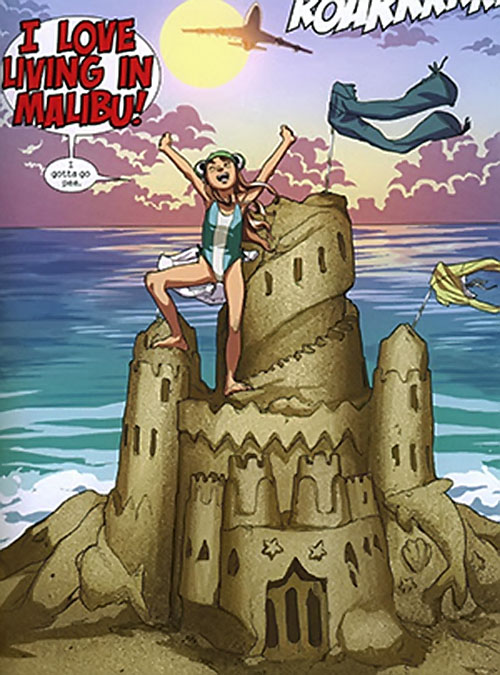