Moloch was born a freak. That endowed him with vaguely simian abilities – superhuman strength, agility and jumping ability. He can nearly match the Batman in hand-to-hand combat, due to his power and great speed. He is also an experienced criminal and wiseguy.

Moloch tends to flee from hostile crowds, such as a large number of policemen or even civilians courageous enough to try to confront him. This does not make much sense given his raw physical power, but he seems to genuinely consider them as a threat.

Moloch appeared one day in New Orleans. He had heard that the rough map to a treasure had been carved inside an old trumpet now owned by jazz legend Blind Buddy.

He had a trio of hired thugs mug the elderly musician. But they botched the attempt and accidentally killed the old man, who wasn’t carrying his trumpet. All the succeeded in was to have the Batman come to New Orleans, since he appreciated Blind Buddy’s music.

Moloch and his men next attacked the funeral procession, but were driven off by the Batman and the mourners.

Moloch then adopted his identity of “Rufus Macob”. He was a wheelchair-bound man with a scarf on his face, dark glasses and a hat. “Macob” attempted to persuade Buddy’s friends to sell him all the possessions of the deceased, but they refused.

“Macob” then sent his thugs to capture Max, Blind Buddy’s closest friend. Batman attempted to free the hostage, but was almost killed by Macob in his men.

Moloch then realized that the horn was in Buddy’s tomb and, believing the Batman to be dead, went to exhume the casket. The Batman, however, managed to stop him. However, the trumpet was crushed and trampled by a Mardi Gras crowd, and was rendered illegible.

Moloch is a huge, powerful freak dressed in a red jumpsuit.

In combat he talks a lot about how tough and powerful he is, and how he will not be stopped. He sees himself as a smart, competent master criminal. And it is true that he is resourceful and not stupid.

“Though I was born twisted – a freak ! Though men fear me, and women sicken at my sight – I am powerful !”

Equipment:
As Rufus Macob, he carries a .45 pistol. 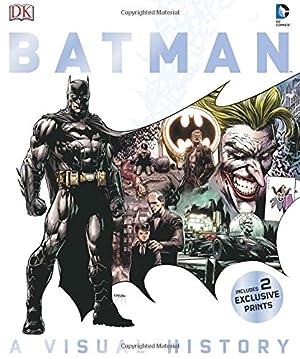 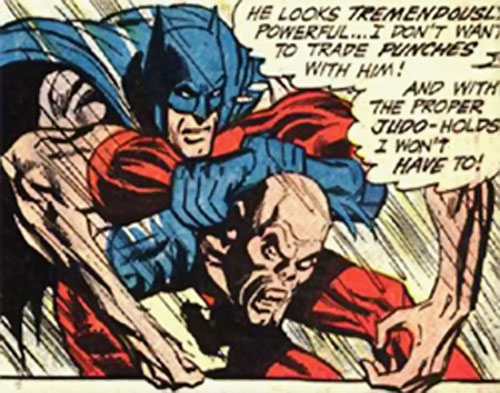