In 2001, there were various strange sightings and attacks in New Delhi . Some eyewitnesses described a sort of evil monkey, but others added he wore a metallic helmet and a harness with lights on it. There were more sightings in 2002.

Many people who *haven’t* been attacked by a monkey creature in New Delhi think this is great stuff. Thus there have been Indian movies and graphic novels about the creature, and we figured we could throw in a non-Indian character writeup for the dreaded Monkey Man of New Delhi as well.

The Monkey Man has the speed and agility of its namesake along with some bionic modifications. He has razor-sharp steel claws and a console on his chest with three buttons.

The interaction of the console and the Monkey Man’s nervous system has given him the ability to mentally control monkeys. This same interaction also makes Monkey Man a tad sensitive to bright light. It doesn’t impair his functioning, but it does piss him off.

It started in January 2001 when the government buildings of New Delhi were invaded by thousands of monkeys. At least 10,000 monkeys barged into the government offices, stealing food, shredding documents, and threatening officials.

Swinging effortlessly between the Ministries of Defense, Finance, and Eternal Affairs and even the Prime Minister’s office, the monkeys cannot be killed because they are a sacred symbol  in Hinduism, India’s main religion.

And now comes the mastermind behind this

In May 2001, fantastic tales spread through the streets of New Delhi. Tales of a “Monkey Man” with superhuman powers that terrorized the hapless populace.

The Monkey Man took advantage of the many people sleeping on the roofs during the hot summer nights. He would attack local power lines, shutting off the electricity. He then began mauling slum tenants and chasing them off of buildings.

Police reports blamed the Monkey Man for over 100 injuries, half of them in one night. One man was killed when he ran off of a roof trying to escape an attack. Citizen efforts to capture the Monkey Man failed and an elite New Delhi police task force 1000 men strong was assigned to bring an end to the Monkey Man’s rampage.

He’s a superpowered monkey man! Short, hairy man-like body, metal claws, and a console on his chest with three buttons. Basically, he looks like the love child of an Ewok and the villain-of-the-day from “Power Rangers.”

Or Curious George with some serious steroids and a partial Borg conversion. Or Bob Hoskins.

The monkey man’s got some seriously bent priorities. He sends his minions in by the thousands to harass some of the most powerful people in his country while he runs around the slums playing boogeyman.

He can be played for horror or for laughs, but the one thing he shouldn’t ever do is make any damn sense.

The Monkey Man is obviously a Giffen JLI-level threat and might even require a multi-hero team task force to bring to heel.

Chasing the Monkey Man around the darkened city could also play off as a more intellectual comedy — think Terry Guilliam (Brazil, Time Bandits) directing an episode of COPS. Be sure to play up the princely sum of the bounty on the Monkey Man’s head, with concerned citizens and would-be heroes getting in on the fun.

With either of the above, you can build up the hi-jinks considerably by giving the Monkey Man better abilities. In DC Heroes terms increase his DEX to 07 and link his Skills and he can put up a serious fight. Add 60 to 80 HPs and/or Dumb Luck at 10 to 12 APs and the little bastard can be a profoundly lucky annoyance.

Have him trouble city officials, influential politicos, and mob kingpins, and the streets will erupt in Monkey Man-inspired chaos.

As yet another option, you could pull the rug out from under the players by having them follow up on the ridiculous reports only to encounter much more serious opposition, like a Predator (from the movie of the same name). After all, the Monkey Man’s got steel blades, turns invisible, only comes out in the heat, is incredibly quick and agile, etc.

A White Martian would also work. Either way, having them go from bizarre absurdity to gritty survival in a heartbeat might make for an interesting session, if they enjoy those kinds of surprises.

It’s been pointed out the PCs might well like to use a nifty little gadget such as the Monkey Man’s console. The console only works properly while interfacing with monkey biological systems, however. If the PCs insist, you can allow them to modify it to work on a human (or whatever race the PC is), only to create unpredictable and inconvenient Powers or effects.

Allow them to continue “modifying” it to work properly, not realizing that it’s not their tinkering improving it, but rather the repair systems of the console “helpfully” modifying the user’s physiology.

Where the GM wants to go with this is up to him, ranging from increasingly inconvenient psychological effects (the PC starts getting Irrational Attractions to monkey-like behavior, like throwing his own feces at enemies) and/or physical alterations (“Sweet Lord, I’ve grown a tail ?!”)…

… all the way up to the PC actually becoming a Monkey Man himself, with the rest of the PCs trying to figure out where this new Monkey Man came from, what happened to their teammate, and how to reverse the process.

The above might sound cruel, but frankly, if you stuck experimental technology of unknown origins meant for animal use into your body, you damn well should have known better. 🙂

Drawbacks:
MIH (Bright light), Miscellaneous (Monkey Man can only speak a pidgin Indian and no other human languages at all), Mistrust, Strange Appearance.

These stats assume that the Monkey Man will not be terribly difficult to capture for an average super team. See the DCU History for suggestions on upgrading Monkey Man into a more serious challenge.

CHEST CONSOLE [BODY 05, Hardened Defenses, Regeneration: 08, Bonus: Monkey Man can use Last Ditch Defense against damage to the console, Limitation: Regeneration can be used for the Monkey Man’s Recovery Checks or for the Console itself, though console repairs must be specified at the beginning of the countdown to the next Recovery Check].

The chest console looks like a home video game controller with three large buttons colored red, blue, and green respectively. Hitting specific buttons activates the console’s powers. Only one power can be active at a time.

The console loses powers for each AP of damage to its Current BODY: 1 AP takes out Teleportation and Invisibility, 2 APs also takes out Power Reserve, and 3 APs cancels out all console Powers and Monkey Man’s Animal Control abilities, too.

The console can be targeted directly with a -3CS Trick Shot. The console can heal the Monkey Man or itself over time (representing nanites, organic technology, or whatever floats the GM’s boat), allowing the confident heroes to capture Monkey Man and take him back to the base in time for him to get better and break out. See DCU History for more console fun. 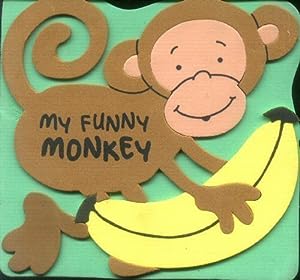