This bloke is an obscure, early enemy of Iron Man (Tony Stark). He was only seen once, in a 1970 story.

Tarakato-san was presented as the assistant of research engineer Professor Watanabe. This profile assumes that he’s a trained engineer (rather than, say, an administrative assistant).

He was also a good sailor, pilot and presumably driver.

Since he was depicted with a sword on the cover, this entry arbitrarily assumes that he was a solid combatant with medieval melee weapons.

This flying robot vehicle is shaped much like a dragon. It has working wings, four clawed and prehensile limbs, and a cockpit built into the head.

The main weapons are powerful laser cannons mounted in both eyes. Point defence is achieved using the clawed forelimbs, biting, and through electrification of the hull.

Zoga apparently requires tonnes of maintenance, but when well-maintained it seemed highly reliable. Likewise, many of the materials used to build it were sub-par, but that didn’t really seem to affect Zoga’s performance. Except for the ejection system melting when Zoga was downed.

At one point Zoga vanished from radars. Though it may have somehow hidden, the entry assumes that it had some short-term cloaking technology.

Mr. Tarakato was apparently a young Japanese engineer. He worked for Fujiyama Electronics as the assistant to famous research engineer, Prof. Watanabe Goro. Most of their work was about detection devices, including long-range electromagnetic emissions sensors.

Toru was the lover of the Professor’s daughter and administrative assistant, Fujiko. Both Mr. Tarakato and Ms. Watanabe were nationalists, and by the time of the story — 1970 — resented the American influence on Japanese politics and national policies.

Apparently, Tarakato-san brought both his expertise and stolen Japanese and American technologies. This was combined with Chinese heavy labour.

Of course there’s a mecha

The result was a piloted giant robot, shaped like a dragon and hidden within a secret base on a desert island.

While Iron Man (Tony Stark) was in Japan, Professor Watanabe enlisted him in an expedition to small island in the Sea of Japan. He and his staff had detected abnormal energy emissions there. Suspecting the involvement of Communists, Iron Man agreed to join.

The Fujiyama engineers and Iron Man sailed to the small island to investigate. This jungle-covered rock was, in traditional sailors’ tales, the abode of the demon Zoga.

The survey team confirmed their readings, though they lost Toru in the jungle.

The young man hurried to the base under the island, suited up and got into the cockpit of the dragon robot. He chased away the survey team and knocked Iron Man out of the sky. The researchers referred to the attacking mecha  as “Zoga” after the local legend.

Toru rejoined Fujiyama Electronics in Japan. He explained that he managed to get back home using the abandoned launch. While Iron Man was repairing his armour, he worked with Professor Watanabe to build a defence system against a probable Zoga attack.

Zoga did raid Japan, shrugging off the air defences and laying waste with its powerful lasers. Iron Man engaged it and lured it to the new defence systems. These were mirrors that could reflect the robot’s eye-mounted lasers right back at the emitter. The ploy worked, and Zoga was downed.

When Iron Man and his Japanese allies unmasked the fatally wounded pilot, they were shocked to discover that it was Toru. The young man died of his wounds within a minute of being unmasked.

Toru didn’t just want to expel foreign influences to restore the full sovereignty of Japan. He wanted to make sure that it was done right by ruling himself, presumably through some sort of neo-shōgunate.

“Cease your babbling ! Where are the mechanics ? Zoga requires their services.”

“I will free my country from the shadow of the vulgar Yankees ! My monster will end the mastery of the money-masters, and my word shall rule !” 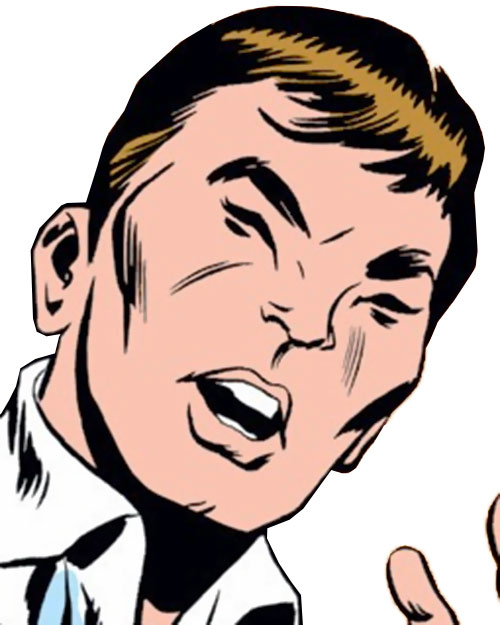 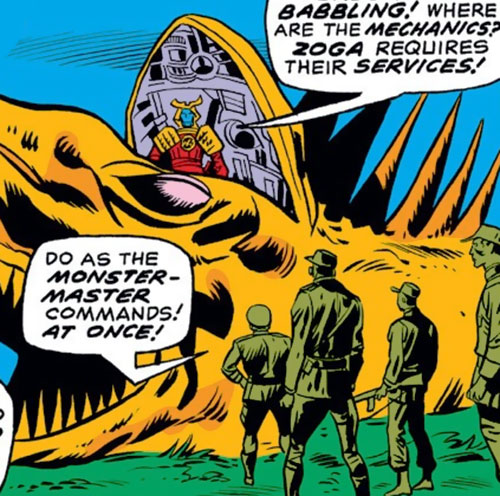 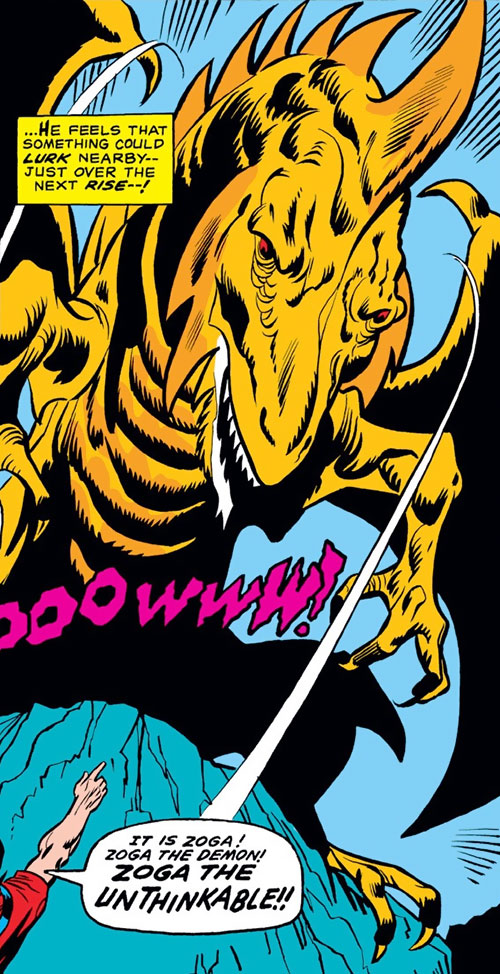 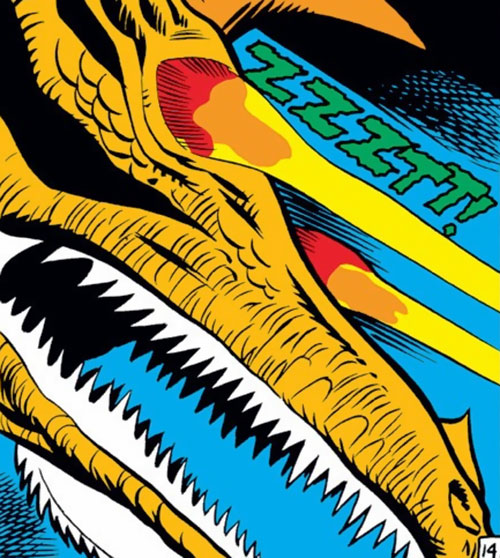