Montenegro is a skilled mercenary specializing in various mountaineering based weaponry. He is a master climber and extremely acrobatic.

The speciality weapons (such as his very powerful piton gun, or his ice-shooting Alpine gun) were only seen during his first appearance. In later appearances he used ordinary firearms.

Montenegro hails from the Black Mountains (implicitly the Swiss Alps). In 1981, he tried to steal a quarter containing “prototype microcircuitry (which) dampens all electrical current around it”. He held off Power Man and Iron Fist until the authorities arrived. Fearing aerial pursuit would soon follow, he hastily departed.

in 1982, he took hostages in the US. His goal was to put pressure on an European tycoon who had been unwittingly cutting into Montenegro’s income. The criminal once again ran into Iron Fist and Power Man. The eventually freed the hostage, but Montenegro escaped.

In 2017, Montenegro was part of a tactical crew assembled by Piranha Jones. It is possible that he was killed in an explosion arranged by Tombstone to take out his rivals.

Montenegro is a very stocky muscular man with fiery red hair and a full bushy beard. He wears a navy blue bodysuit, with blue collar and zipper ; blue boots and gloves.

Montenegro is a braggart, and likes to hear himself talk. He generally talks during combat and likes to use big words. While fairly overconfident he nonetheless knows when to make a hasty retreat.

“How long did you think you could evade Montenegro — The Man from the Black Mountain ?”

Montenegro is such a minor character and a mercenary. It would be relatively easy to fit him in anywhere.

His skill and deadly weaponry make him a perfect nemesis for any street level hero. 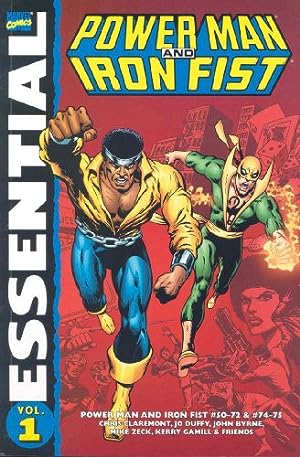