David has the uncanny ability to see outside of his situation, and point things out directly to the audience, when necessary. Exposure to David seems to temporarily extend this ability to others.

Because of this special ability, David is frequently able to “use and abuse” the rules governing his genre. Specifically, he can occasionally sneak backstage and get to another set in record time, demanding scene transitions to skip past the boring parts of the episode, and using the time during commercial breaks to figure out critical points in a case.

Further, as evidenced by the wide variety of vehicle chases (including one involving a biplane), David is an excellent driver.

He’s also a fairly good singer, and a decent detective, I suppose.

Alas (or in addition, depending on how you look at it), David also feels an overwhelming need to act very immature on a regular basis—limboing in the office, singing in front of clients, and generally amusing the office staff. As Hayes, herself, put it, “David makes mock like the Swiss make cuckoo clocks.”

David Addison was born (1955) and bred in southern Philadelphia, Pennsylvania. Then he and Tess, a childhood friend skipped school and they ended up with a pregnancy on their hands. He married her immediately, though they lost the baby.

The couple then moved to New York City so that Tess could pursue her goal of becoming an actress. Meanwhile David worked various jobs. He finally left when he caught Tess in bed with another woman who was gathering census information.

He fled to Los Angeles, where he watched his lifestyle degenerate into a series of lost weekends and one-night stands. Addison then stumbled into a dream job (for his then-current lifestyle), of running a detective agency—City of Angels Investigations—which was supposed to lose money. His first action was to outbid the Hart Detective Agency  for his office space.

In the spring of 1985, Madelyn “Maddie” Hayes, a wealthy former model, discovered that her business manager had stolen all the money she had in the bank. However, it turned out that she still owned some money-losing companies which were maintained as tax write-offs. One of these happened to be City of Angels. It could potentially be sold off for a temporary income.

Maddie met with Addison to inform him that the company was to be shut down. But he persuaded her to keep it open by bringing Maddie into a then-current murder case. Seeing success, Maddie decided to come on board, herself, and renamed the agency Blue Moon Detective Agency, after the shampoo advertising with which she closely associated.

At this point she learned that (because City of Angels was meant to lose money) the agency had no clients, and never had. Maddie was then briefly swayed by a mysterious British con-man, and nearly fired David and took the man in. He, however, moved on to parts unknown.

Unwilling to disappoint Maddie, David stole a client from a rival agency, only to find out that he was a hitman searching for another hitman. This became the first of a long series of cases which the pair never quite agreed on taking—but most of which solved themselves, despite the efforts of both Maddie and David.

Once in a Blue Moon

Meanwhile, romance blossomed between David and Maddie in fits and spurts. Each was drawn to the other, but neither was sure they could survive the relationship. Hilarity, of course, ensues, this being television.

A particularly critical event occurred when 90-year-old Lawrence Everett hired David to witness his euthanasia for insurance purposes. He agreed but, on arriving, he found Everett already dead, and that he had been framed for the murder.

Deciding to “go underground,” he gave Maddie a “good-bye” kiss, and ran off. He thus left her to try to clear him of the murder charge… and then to figure out how to tell him that it is safe to return.

The first part succeeded, but the latter failed. David only learned of his safety when he stumbled into Maddie’s house to tell her that he couldn’t figure out how to actually go underground, after all. And then they both denied the kiss, leaving romance for another time.

A world they never made

Later, Maddie finally called David on never solving cases. David fixed this with a scheme involving a prostitute whose clientele includes a high-ranking mobster who talked in his sleep. David, in fact, succeeded all too well with this scheme. Not only did he become a target, but it catapulted Blue Moon past the point where he and Maddie could handle, at which point the arrangement was undone.

Eventually, after a near-deadly case of mistaken identity, David decided to finally confess his love to Maddie… only to find her with a childhood friend. The man was Sam Crawford, an astronaut between missions and particle physicist. Sam proposed to Maddie, and she managed to get interrupted quickly enough to delay answering, run to David’s apartment, and question what he was about to say.

David quickly interrupted and tied their current case together, which they resolved with an obligatory chase scene and had the time of their lives.

The next day, David and Sam fought over Maddie, and she rejected both of them. Sam left, leaving the two detectives to try to painfully decide in which direction their relationship was headed.

Maddie, unable to cope, ran to Chicago to stay with her parents while she considered what had happened. She also needed the now-apparent results of her night with either David or Sam : a pregnancy. David, meanwhile, without Maddie, fell back to his old lifestyle, becoming involved with Rita, a woman he met in a bar.

However, he quickly ran off to Chicago upon learning of her pregnancy. Yet he never arrived. His identity was swapped with convicted murderer Scott Hundley. In his absence, since even ABC (the television station which aired Moonlighting) could not find Addison, a casting call went out and an attempt to replace him from a pool of two-bit actors began.

Meanwhile, David attempted to escape using the obligatory escape tunnel in his cell (since every good escape movie has one). However, he stumbled on a plot among the prison staff. He solved the plot amidst a musical number with the rest of his chain gang, was freed when Hundley slipped up in the outside world, and returned to Los Angeles.

Hearing that Maddie was beginning to piece her feelings together, he decided to stay and begin work on the Anselmo case.

However, even this peace was not long-lasting. Maddie’s father came to accuse David of destroying his daughter and her company (which had nearly fallen apart in their absence). The two came to terms, and the elder Hayes helped the small company back onto its feet.

Of course, another bombshell dropped when Maddie returned home, married to a man she met on the train ride back to California. David insisted on concocting a massive bachelor party and (second) wedding to show Maddie that she didn’t really love her new husband. However, it was cut short when a friend of his went into labor.

The two and Maddie’s husband raced to the hospital and, as the woman gave birth, all of them finally came clean with their feelings.

Maddie and her husband had their marriage annulled, and she expressed her feelings for David. However she found that he, now, had cold feet, mainly because he has had to wait all this time. She also was unsure that he was stable enough for him – although he promised to be there for the baby.

Alas, though, the baby was miscarried, leaving the near-couple to console each other, still trying to determine their place in each others’ lives. During that time, a minor incident occurred which caused Maddie to promote David to a full partner at Blue Moon in order to keep him on the staff.

Damage to their relationship had been done, however. David became romantically involved with Annie, Maddie’s east-coast cousin, partially to spite Maddie. Meanwhile, Maddie had a small relationship with a police officer who was protecting her from a killer who she had come in contact with.

The latter relationship, however, proved most disastrous, as an entire SWAT team invaded and demolished Maddie’s house in order to catch the killer and his confederates.

Meanwhile, Annie’s husband came looking for her. This caused a major fiasco at a staff wedding. David, thinking that Annie would be better off with her husband, faked a relationship with another woman to scare Annie off. Peace at last.

Or not. Arriving back to the office, David and Maddie found the office set being dismantled. Moonlighting had been cancelled. The pair raced throughout the ABC studios, looking for someone to help them survive. However, with their romance shattered, they simply weren’t pulling in the ratings.

Thinking this to be the answer, they raced to a church, and tried to convince a priest to marry them before the end of the episode (and the series), but it was not to be.

The two of them sat, considered their past, and where they went right and wrong, and we faded to black.

“Blue Moon Investigations ceased operations on May 14th, 1989. The Anselmo case was never solved… and remains a mystery to this day.”

A young, typically well-dressed man, frequently wearing sunglasses—even wearing them indoors much of the time.

David Addison is otherwise fairly typical in appearance, though quite attractive to women, but can easily blend in with most crowds.

David Addison is a man who has been hurt by women, and has adopted a lifestyle to help him avoid intimacy, and the dangers associated with it.

“Deny that the man blows bubbles with his drool. A simple true-false statement. Of course he does. Do birds fly? Do ducks duck ?”

“Me ? Plan ? Couldn’t be. Everyone knows that I have no facility for deductive reasoning. Hell… I can’t even walk and chew gum at the same time. Dumb David… always chomping on his shoes and blowing bubbles with his feet. Me ? Plan ? Nahhh !”

“Did I happen to mention, did I bother to disclose, this man that we’re seeking with the mole on his nose— I’m not sure of his clothes, or anything else, except he’s Chinese — a big clue by itself.”
(When asked how he managed the comment) “Gotta read a lot of Dr. Seuss.”

As-is. Addison could easily be a bit-part in nearly any hero’s supporting cast, and could even be transplanted to another city, if a need existed. 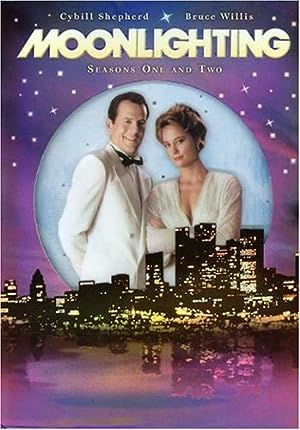 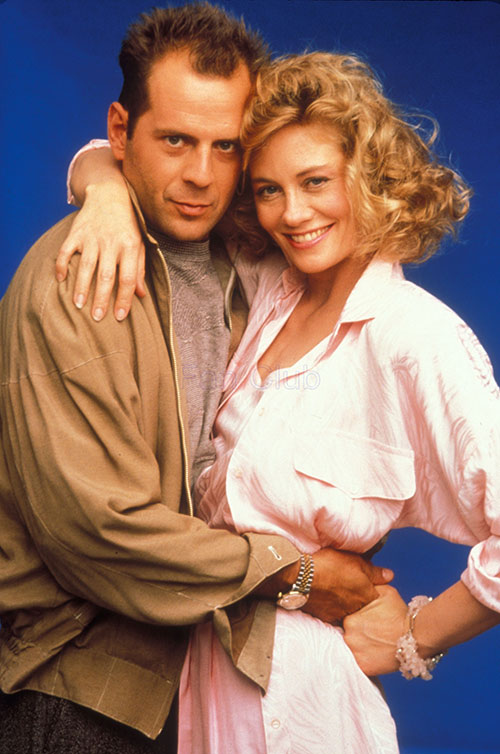