Morrg is a giant henchman with a small twist. He appeared but once, in the 1970s run of The Phantom Stranger – a DC Comics occultism-themed book.

He’s also been described as an “ethereal fluke”, naturally immune to “any chants or spells”. Which is pretty handy, I guess.

Morgg was, by far, the most dangerous henchman of a man called Dorian. Dorian is a leader within a evil mystical organisation called the Dark Circle.

It did not work, and both Dorian and Morgg ended up falling in one of those gigantic bottomless pits of roaring flames evil cults so often have.

He isn’t appeared since (and DarkMark  lists him as deceased in this issue, so he didn’t see him again either), but obviously you can have him pop back if you feel like it. Possibly with nasty burns.

Thick as a plank with a subscription to the Sun. Nasty, aggressive, sadistic, obsessed with revenge for even trivial matters, etc. Have fun.

Morgg: “No use to… struggle, little one ! There is no… escape ! The one we seek will… be here soon… But until then, there are… games Morgg can play !” (produces a bullwhip in, like, a totally phallic manner)
Blonde Girl Bound To A Chair: “No ! Noooooo !”

“You think you are smart… you think Morgg is… slow and stupid… but you are… wrong..! One way… or another… Morgg will have his… revenge… if Morgg cannot lay hands on you… he will kill the girl instead ..!” 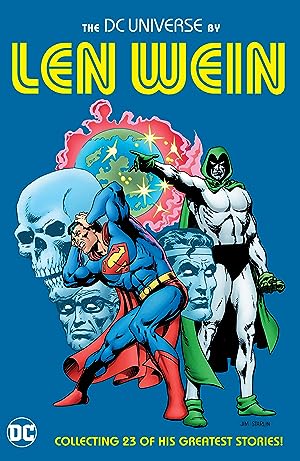 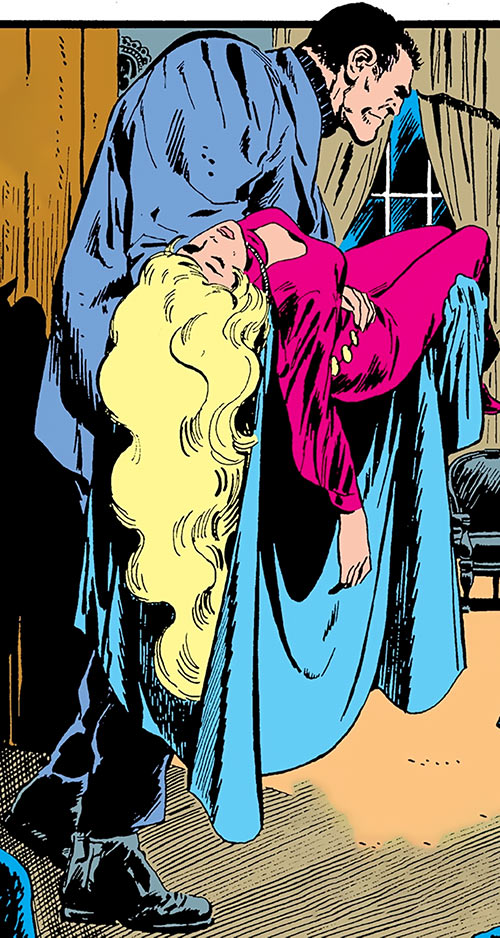 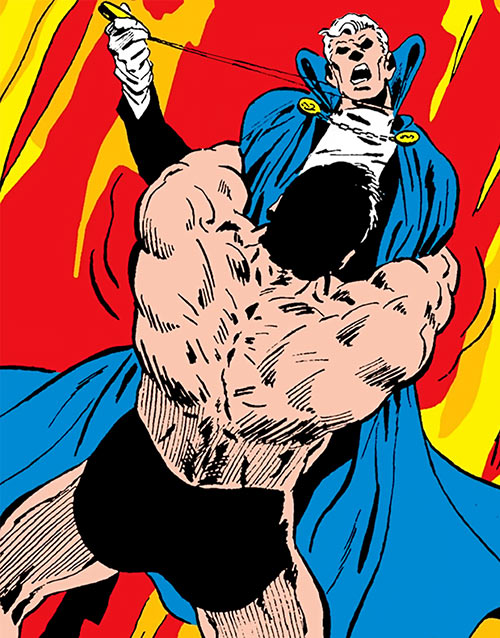