A highly trained martial artist, Heino is absurdly wealthy. He uses that wealth to equip himself with everything he could need to fight crime.

His costume has a fireproof cloak and jet boots, with other options a distinct possibility. He usually carries around his handheld for his various computational needs and tweeting . 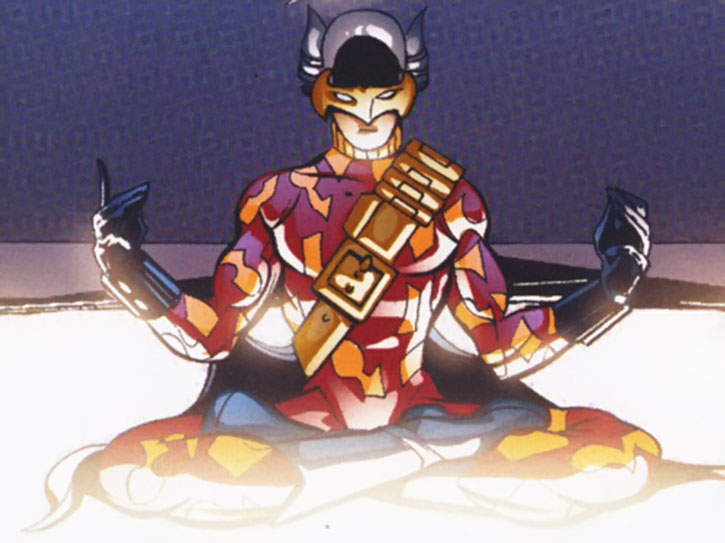 He has a special helmet which projects some kind of energy exoskeleton around him. Whether this does more than offer protection is unclear.

His Wonder Wagon acts as the team’s main transportation. It is capable of outflying assault helicopters.

(See the Super Young Team profile for his time with the team.) 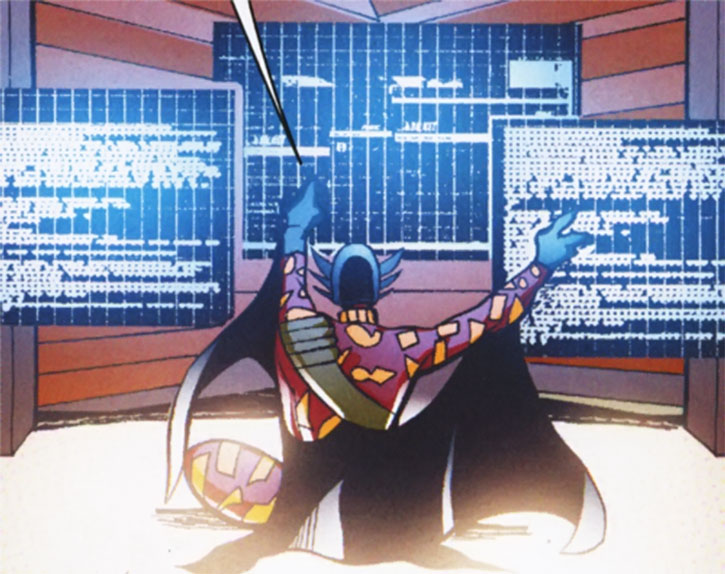 The extremely wealthy Heino Okata bought himself the superhero identity of Most Excellent Superbat. Thus, he became a celebrity with his own TV show. He even formed his own team, the Super Young Team, with other young Japanese super-celebrities. 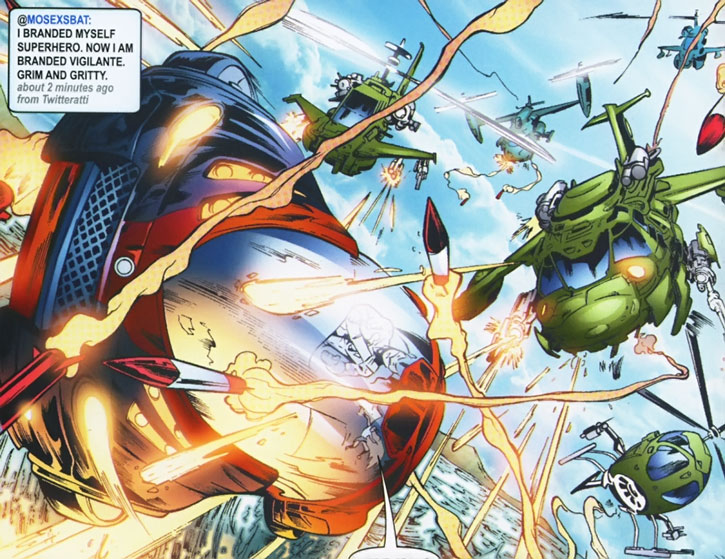 He also built a unified data field computer system which he can connect with by meditation to enter a theta state. This enables him to more efficiently process the data.

As he grew suspicious of the world tour their government had sent the Super Young Team on, Superbat began being visited by the ghost of Ultimon Alpha. Ultimon lectured him on being a better hero.

He had some relief when Ultimon appeared to the rest of the team, proving it hadn’t been his hallucination – not that he’d considered he could be suffering from such. 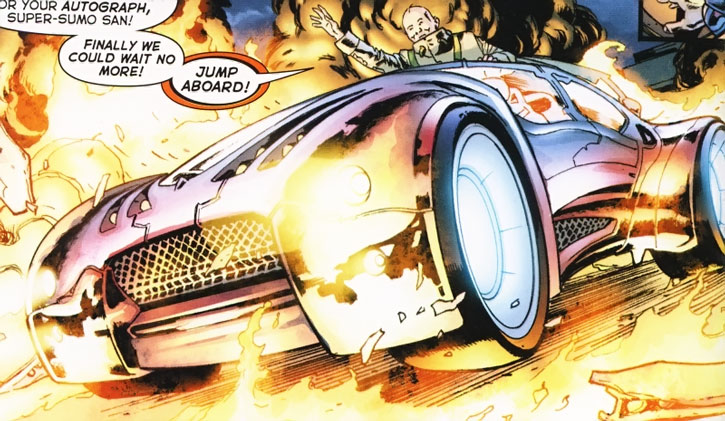 He continued investigating the situation in Japan even to the point of becoming a fugitive. Determining the problem was the government’s paranoia over appearing weak, and their concerns over what it would do to their fragile economy, he used his true superpower and bought the country.

It was done covertly. While a few high placed individuals are aware he owns them, he’s otherwise happy to let things return to normal.

Absolutely confident, Superbat is unflappable. He walks into any situation in the sure knowledge he can deal with it. He’s in command of the team, often openly manipulating the others.

While he seems to have initially been attracted to the celebrity elements of the role, he has become more committed to doing right – in his own way of doing things.

“All my life I’ve waited to be a gimmick. The transformation of man into merchandising ! Spirit into toy ! When will he realize that being fantastic is a superpower in itself ? We’ll show him ! We’ll save the world our own way !”

“You have thoughtlessly gunned down a global megastar ! How will you explain yourselves to this man’s fans ?”

“I have the greatest power of all, Mister Miracle. I am so rich I can do anything.”

“When the opportunity arises, I won’t repeat the same mistakes. I’ll make all new ones.”

“I believe in the theta state. I believe in pranic discovery… the Most Serene Sanctuary contains a unified data field. I access it through optimum meditative techniques.”

“To be ghostly is to be obtuse. If I ever die, I will maintain strict radio silence.”

[Breaking into a corporate HQ] “I have seduced the building as I would a teenage fangirl. It has revealed all its innermost secrets to me.”

Many of his skills are speculative, but it appears he may be responsible for designing and maybe building some of his equipment. 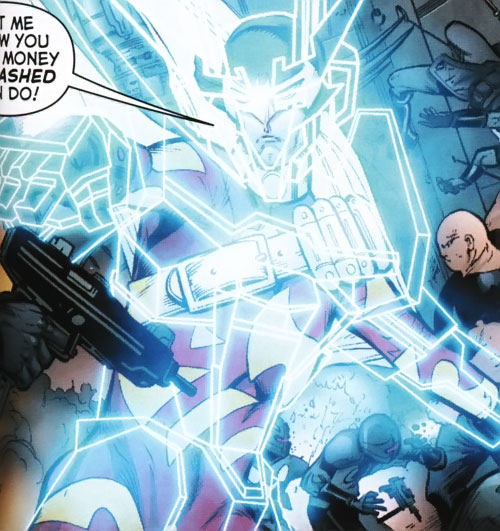 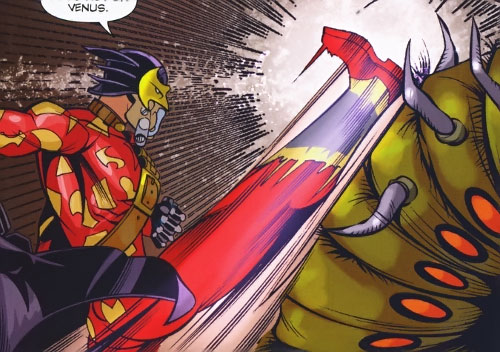