Before her cybernetic conversion, Rachel Rhodes was a CIA military councelor. Her cyborg abilities gives her an edge to everything related to communications and computers.

Rachel Rhodes was a CIA military councelor, working in unstable countries to help pro-American rebels. During an operation in Egypt, things went sour and her group was slaughtered by werewolves.

Wearing, seeing her potential, managed to salvage her limbless body. He rebuilt her a cyborg, adding various pieces of mission equipment. He then erased all records related to Rachel Rhodes. Mother 1 was born.

When Dane’s Team 7 came out of the Vampire enclave in the Balkans, she was supposed to be the head of the IO’s cleansing group. Following Wearing’s orders, she instead betrayed IO and saved Wetworks.

Somehow, she already had her own symbiote . How she acquired hers is unrevealed, as she wasn’t in the grotto.

The rest of the team never really trusted her. And indeed, early on, she behaved oddly regarding the team’s safety. Up to the point that Dane asked Pilgrim to trail her.

Voices in the dark

At this time, Mother One started hearing voices. These came from an AI based on Wearing’s mind pattern. It was supposed to take control of some remote defense satellite in case of the Jacquar’s untimely demise.

This AI project was supposed to have been terminated long ago. But it managed to survive in the guts of Wearing Industries’ computer core. It contacted Rachel, sending signals that misled her in thinking her mother was talking to her.

Thus fooled, she got trapped by the AI and convinced to reach the defense satellite. Wetworks prevented her from using USA’s and Russia’s strategic armament against each others. The incident also forced Wearing to reveal his werewolf nature to them.

Thus understanding they had been fooled all along by the industrialist, they left him. This episode gave Rachel the trust or at least the sympathy she deserved. After all, she has also been victim of Wearing’s mind games.

She also got involved in a relationship with Grail. This love has been very helpful to get her back from the path that Wearing’s IA was leading her. It also crushed her at the time of Grail’s sacrifice.

Mother 1 look like an attractive woman, were it not for her visibly robotic arms. She usually dress in a purple body with high purple boots. She keeps her long auburn hair up with a headband.

She speaks with a synthetic voice.

Then, her former human personnality started to show up. She got involved with Grail. Then the Wearing IA managed to fool her by using her deep feelings against her.

Afterward, her former human self was in control. 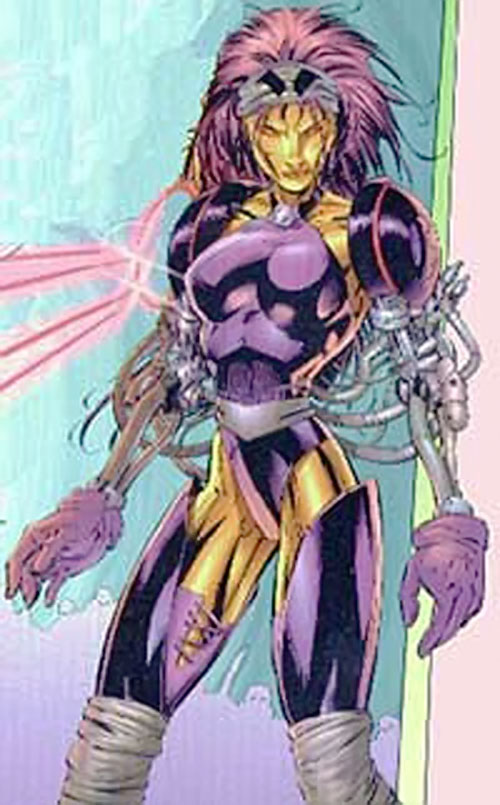 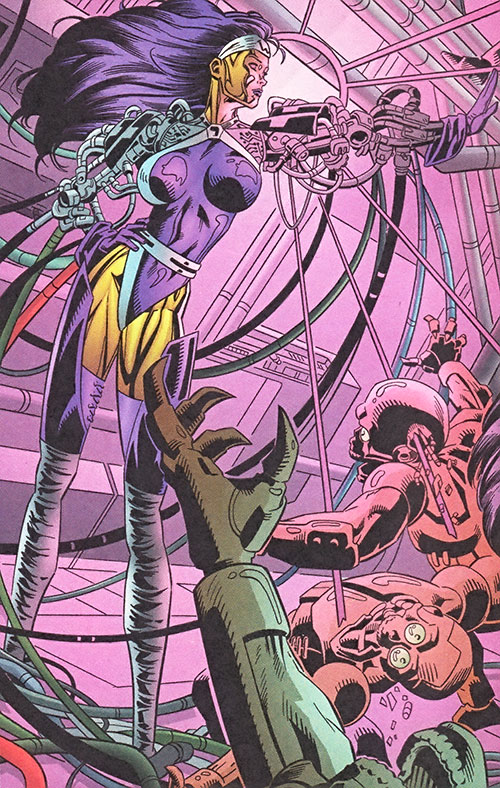