Motor-Runner has actually managed to organize the drug addled psychopaths known as the Fiends into a reasonable fighting force. They help him protect his drug smuggling operation.

He is far more stable and charismatic not to mention smarter than most than the Fiends that he commands. While not explicitly stated it is generally assumed that he doesn’t dip into his own drug stash.

He’s also extremely proficient in melee combat with his signature combat chainsaw. Thus, he can prove a decent threat to street level characters.

Motor-Runner is currently the leader of the Fiends. He has been able to maintain enough discipline over them to help protect his drug smuggling operation.

He has also survived several assassination attempts from NCR recon teams. Motor-Runner has a substantial bounty on his head because of it. In his day to day business he typical works with Jack and Diane from the Great Khans and several couriers.

Not much. He’s a surly tough talking drug dealer who commands an army of psychopaths. He is really only interested in profit and staying alive long enough to enjoy his ill gotten gains.

“I’m not here to talk. I’m here for business. Either do some or get the fuck out.”

Could be inserted in any gritty city with rampant crime. He might make a good Bat Family villain given his power level and general tone.

Bonuses and Limitations:
Skin Armor is a Skilled Power.

Motor-Runner is always accompanied by his trusty guard dogs. They are normal dogs in pretty much every respect.

He also had a well protected vault crawling with Fiends.

The Fiends have easy access to combat drugs and are much better organized by their leader and are thus a little bit more formidable to represent this choose ONLY ONE OR TWO of the following upgrades for each thug; Str: 04, Body: 05, 20 HP, Damage Capacity: 03, Martial Artist (EV only): 05.

It’s also worth noting that these Fiends are extremely well armed. Most of them had heavy weapons such as assault rifles or flamers and which tends to make fighting them in narrow vault corridors a bit of a nightmare.

Motor-Runner is one of the characters that gets tougher as the PC character advances. To represent this in game terms if the heroes are tougher than street level then feel free to up his threat level as well.

Add Damage Capacity: 04-08, up all unlinked Skills to 10 and his HP total should be 25% higher than the highest PC.

This is based on an unmodded Fallout game. The power level is thus significantly higher than other Fallout 3 and Fallout: New Vegas entries based on modded, harder games. 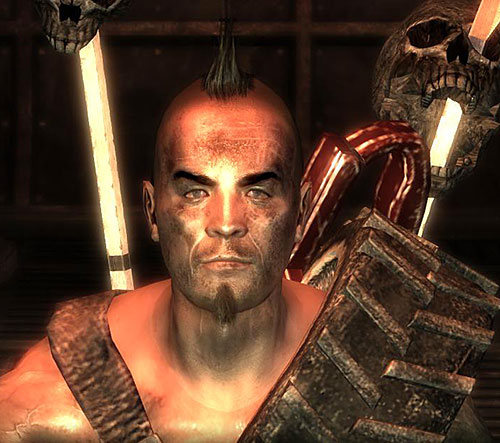 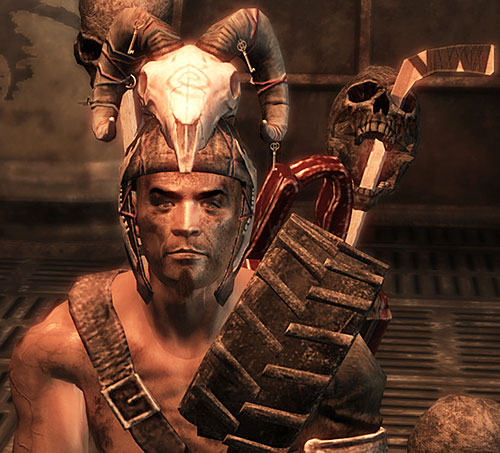