Motorhead (presumably named after Motörhead . Well, I assume) was one of the main characters during the 1993 launch of Dark Horse’s super-heroes setting, Comics’ Greatest World (since renamed Dark Horse Heroes).

Apparently he had some success, since he had his own series for a while.

These here notes are very, very old. Late 1990s, I think. But we are slowly revamping them though, and will eventually reach good ol’ Motorhead.

Frank Fletcher has come into contact with something he calls the “motor”. It insinuated itself in him and gave him tremendous telekinetic powers. These are enough to lift pretty much anything with his mind, fly and devastate city blocks.

However, Motorhead’s powers are sometimes dangerously unstable, and he has voices in his head. It is unknown if this later phenomenon is due to schizophrenia, or if the voices are real.

Motorhead often talks with the voices (to the considerable surprise of onlookers), asks them to shut up, complains about them… He also sometimes follows their strange advice, such as driving aimlessly in the Nevada desert. Many of the voices are paranoid, a fact of which he’s quite aware.

Fletcher is also real big and tough, but that seldom plays a role.

The Motor is something with unrevealed, ancient origins. It was stolen by Septenarius, the master of the alien army called the Reaver Swarm.

However, the Motor was stolen in turn by an alien scientist who became known as the Man From The Vortex. The scientist fled, forever pursued by the Reaver Swarm. He based most of his subsequent research on the Motor. At one point, he ended up on Earth.

Motorhead has been drifting for years. His physique led to jobs such as bouncer or construction worker. Somehow, he came into contact with the sentient computer of the Vortex’s base ; somehow he came in contact with the Motor ; somehow, the Motor became part of him. Some time after this, he became a bouncer for the Hammerhead Bar and Grille.

At the Hammerhead, Fletcher detected and reflexively killed a pair of alien Seekers looking for the Man From The Vortex.

Barb Wire, the owner of the joint, was unaware of his power level. She once fired him for not showing up for work for several days (he was in conflict with some of the voices). She became fully aware of it when he single-handedly defeated the Prime Movers in order to save her.

Fletcher drifted further. By leaving Steel Harbor, he triggered a large assault on the affluent parts of the town by the Prime Movers, who knew he wasn’t there to beat them back. The situation was bad enough for the authorities to call the National Security Council, who sent Titan to end the situation in Steel Harbor.

Titan beat the stuffing out of the super gangs, and attracted the enmity of the whole local street culture. He also started to act more and more violent and irrational. Motorhead heard about it and went back to Steel Harbor to challenge Titan.

He simply explained that he would blast to rubble in one shot the most affluent part of the town, where all the politicians lived, if Titan didn’t leave the town. Titan was ordered to back down, but was irrational enough not to listen.

However, the government had started to watch Titan closely has a source of trouble, and had cut a deal with Grace in Golden City. She teleported him out before he could mess with Motorhead.

Barb Wire then sent Fletcher on a vacation in order to still the voices in his head. He disappeared in the desert, following the urges of one of the voices. There, he was summoned by the Man from the Vortex, who tried to get the Motor out of Fletcher’s mind.

However, the Motor had gotten much stronger defenses since it had made contact with Fletcher. The alien scientist had to take cover, unable to take the Motor back, while the Motor rocketed Fletcher outside of his base.

Fletcher is a drifter, an unskilled laborer and a loser. He doesn’t do much with his dangerous powers and really, really wishes the voices would go away. He’s not a hero or a villain, just a guy with little direction.

“Whatever you do, stay as far away from the Pointe as possible. I’m gonna put an end to this Titan business, and it could be a bumpy ride.”

As usual, this Advantage only applies in the Character’s town – in this case, Steel Harbor. Motorhead receives a +2CS bonus to Intimidate most everybody in this town – they all have seen, or heard about, what he can do. Most people are sensible enough not to mess with a guy who can turn a city block into a fuming crater with his mind. 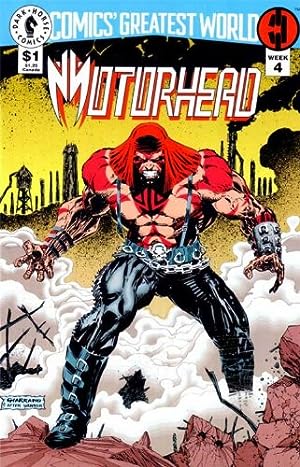 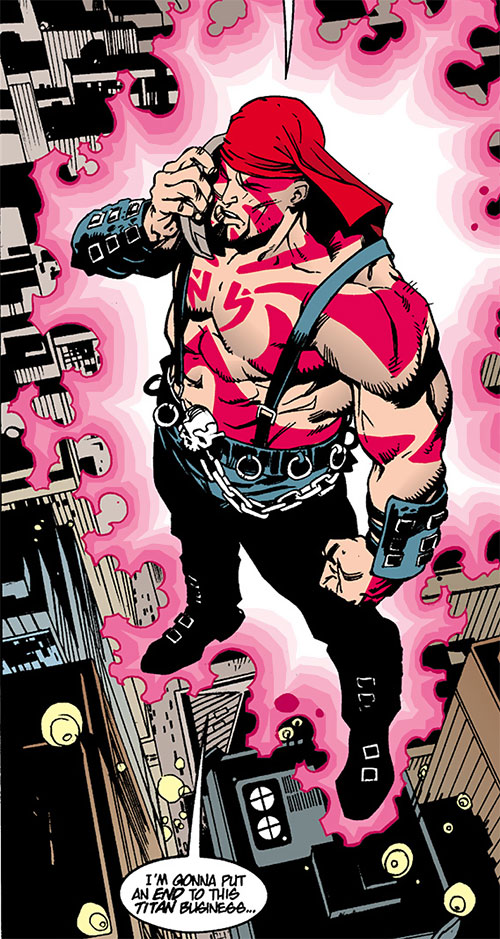