Mr. Coffee Nerves is a ghost with the fearsome power of causing anyone who’s ingested coffee (or assumedly, *anything* with caffeine in it) to become extremely cranky.

He also has a jetpack, for some reason.

The details of his mortal life (even his real name) are unknown. But Mr. Coffee Nerves spends his afterlife screwing up people’s relationships with their loved ones. Although none of the sampling of strips show it, one imagines he causes problems at peoples’ jobs, too.

He’d get away with it, if not for the existence of an, um, “delicious” wheat-based coffee alternative known as Postum. Postum has no caffeine, and thus renders people immune to his mighty powers. When people switch from coffee to Postum, Mr. Coffee Nerves flees in anger and frustration.

However, the discontinuation of Postum in 2007 may herald a new dawn for our beleaguered mascot. Now there is nothing holding him back. Every caffeine drinker everywhere is fodder for his awesome power of irritation!

A transparent man who looks like Snidely Whiplash in Adam Strange’s costume.

In his first appearances, he was dressed more formally and had a larger chin. These can probably be considered outside of his canon, such as it is. Or perhaps that version was his predecessor in some sad villainous legacy.

He has “Mr. Coffee Nerves” written upon his chest, apparently with a magic marker, just in case you understandably happen to forget who he is.

He’s a jerk who flies around cackling and ruining people’s lives. He’s especially fond of breaking up couples and making parents nag and snap at their children until they run away.

As mentioned, he’s deathly afraid of Postum. It’s uncertain if this fear might extend to actual decaffeinated coffee or not.

“Heh heh heh ! I make [this mother] nervous and cranky – but the kids get the blame !”

“Heh heh heh ! You’ve gotten so mean – no wonder you’re driving them away !”

“Dress her down ! Tell her she’s lucky if she goes to the prom with the water boy !”

Mr. Coffee Nerves was reportedly the inspiration of “Mr. Crime”, a similar mascot for the Crime Does Not Pay “true crimes” comic book by MLJ.

Crime Does Not Pay was a best-seller, especially in the era between the end of WWII and the censorship era.

I guess DCU Hell’s big enough for him to be a minor member of the dark armies. Neron keeps calling him “Mr. *Caffeine* Nerves”, which is really annoying, but who’s gonna correct him?

Something more substantive? Okay…prior to his existence as Mr. Coffee Nerves, he was an aerobat whose schtick was his jetpack. However, one day as he was performing, he was unexpectedly shot by the only guy who showed up to watch him, a thoroughly unimpressed assassin.

His soul was plucked from the Realm the the Just Dead by Rama Kushna. But after spending five minutes with him, she decided to go back to the drawing board and created Deadman. Mr. Coffee Nerves managed to escape Rama Kushna’s realm via a combination of luck, daring, and the goddess not really giving a crap about him. 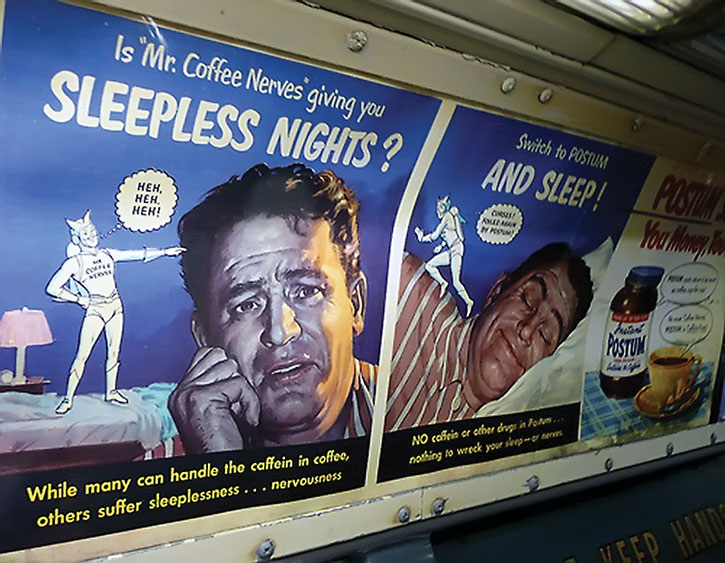 Mr. Coffee Nerves decided to use his newfound powers to take his revenge upon a world which had ignored him. Unfortunately he found that his new powers came with some rather severe limitations. Still, he decided to run with it anyway, until he discovered his mortal weakness: Postum!

Unbeknownst to him, Rama Kushna had decided to get at least some entertainment value out of her creation. She thus arranged things to make more people aware of Postum than could ever have known about it otherwise, and so Mister Coffee Nerves found his plans constantly thwarted.

He could be some mildly effectual recurring villain.

Alternatively, Mr. Coffee Nerves could be a villain of the Inferior Five on E-12. He has also fought the likes of Strong-man of the planet Xeon and others of that Universe’s vast array of heroes such as General Glory and his sidekick Ernie.

This writeup presumes that Mr. Coffee Nerves can attack anyone with caffeine in their systems, as coffee seems to have been his only option back in the early fifties.

Source of Character: A series of 1950’s ads for the coffee substitute “Postum”. 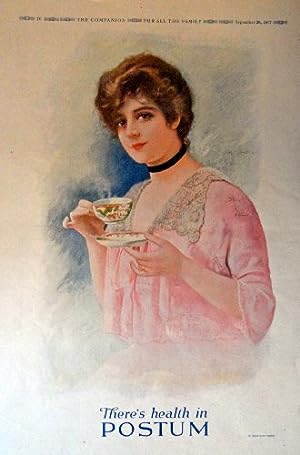 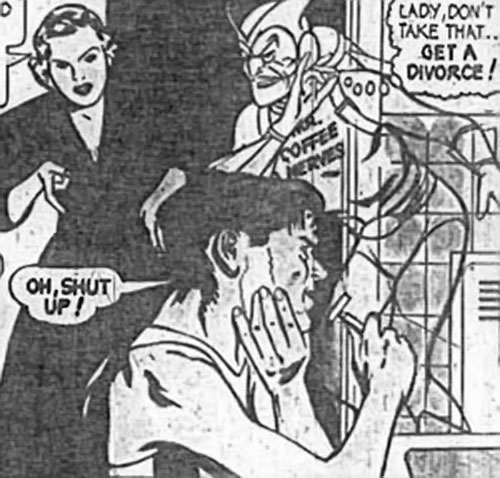 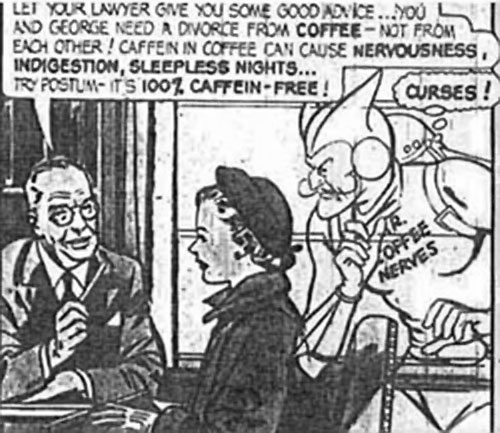 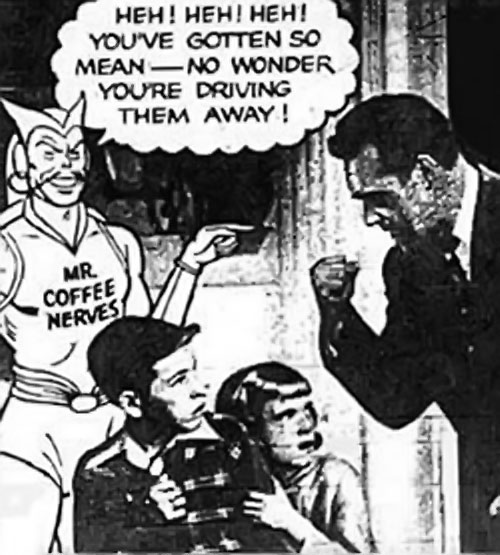 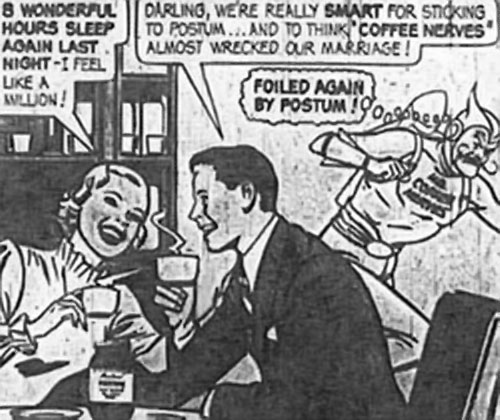 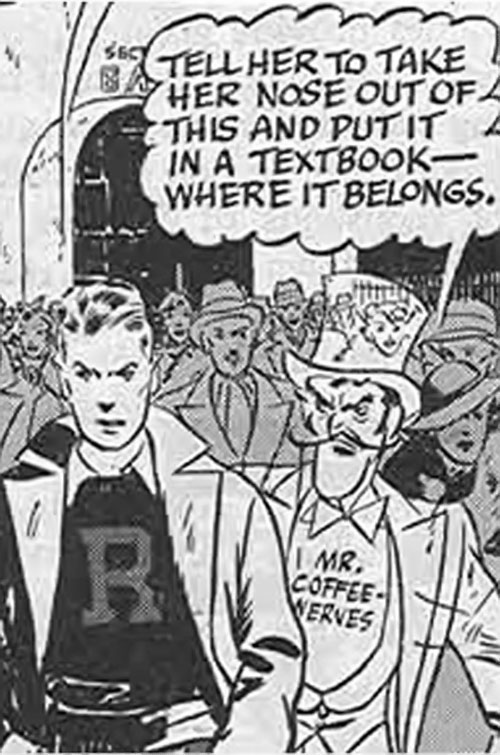