Sharon is back to her Power Broker power. But her mind and soul are stronger than before.

After becoming human again (after striking a deal with Doctor Doom), Sharon left the FF after a last adventure. However, her absence was relatively short. Doom blackmailed her and sent her back to spy on the Fantastic Four.

She shared several adventures with her old team. Sharon even managed to extricate herself from the subplot with Doom, fighting back against him along with the rest of the team.

However, Doom had the last laugh. The human form he had granted her was unstable. As a result she soon mutated in a new monstrous form, seemingly gamma -powered.

There then was an awful story where the Wizard convinced her to attack the FF due to her supposedly now unbalanced mind. The monstrous Ms. Marvel fled in the countryside at the end of that encounter. Whatta waste.

Ms. Marvel is now a serious, self-confident adventurer and fighter.

“I’d prefer that you called me Ms. Marvel ! My civilian name is reserved for my friends – a category which definitely excludes you !” (Spoken while doing a flying kick to Nathaniel Richards head) 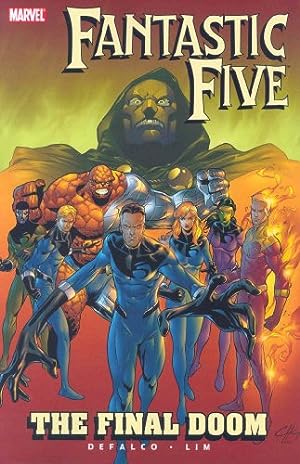