Muhammad Ali was, in his prime, a supremely skilled boxer and orator. 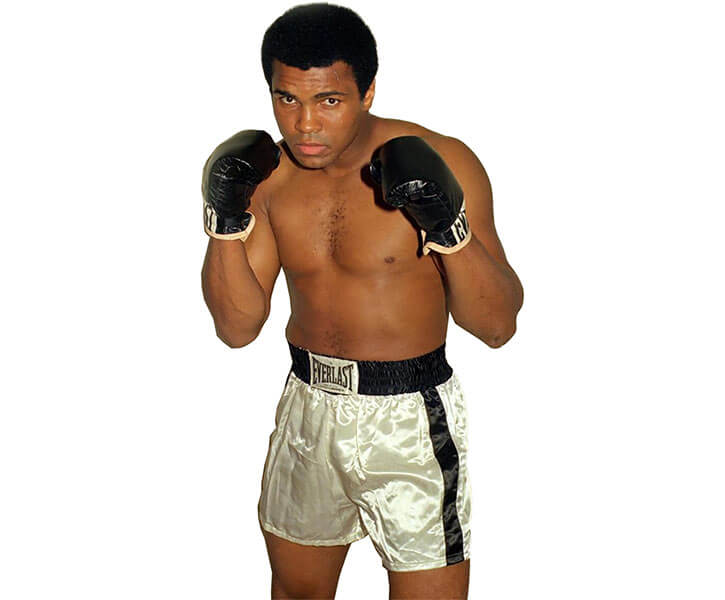 At first he wasn’t interested, but after seeing Tomorrow’s Champions on TV, he began learning from Fred Stoner.

After a split decision victory over Ronnie O’Keefe in his first bout, Clay amassed a 100-5 record in his amateur career. This included winning:

Clay’s first professional bout was a six round decision victory over Tunney Hunsaker in 1960. By 1963 he’d amassed a 19-0 professional record and was set to challenge Sonny Liston for the heavyweight title. Liston dislocated his left arm in round six, leaving Clay victorious by TKO.

Ali’s career was severely disrupted when he was drafted in 1966 for the Vietnam War. Ali refused, so he was forbidden by the law from fighting until 1970. 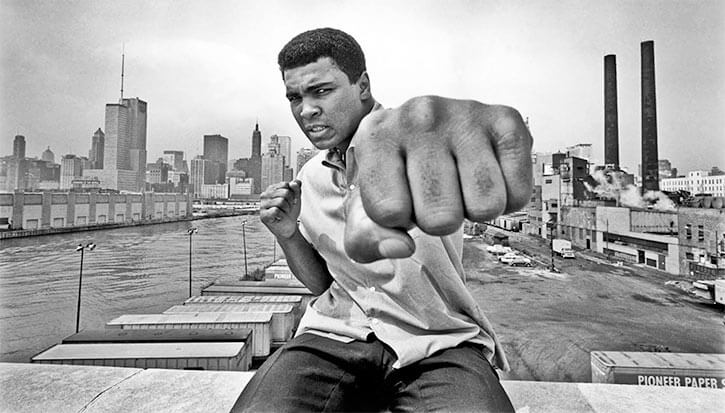 Ali’s first professional defeat was by Joe Frazier in 1971.

Ali continued his distinguished career until a defeat in 1978 by Leon Spinks. After winning a rematch against Spinks, he announced his retirement.

However, Mr. Ali went in for one more fight against Larry Holmes. The resulting massacre of Ali was the true end of his boxing career.

After he was out of boxing, Muhammad Ali had an extensive career in entertainment, philanthropy, and political activism. That included several television appearances, a spoken word album, a cover of Stand By Me, and was one early influence on rap music.

After a 1984 diagnosis of Parkinson’s Disease, Ali continued in the public eye as much as the disease allowed.

That included working with Michael J. Fox to raise awareness and funds for Parkinson’s research.

Muhammad Ali died on June 3, 2016 of septic shock. He is buried in his native Louisville.

He usually dressed in formal suits when not in the ring. When fighting, he usually wore equipment adorned with the Everlast logo.

Muhammad Ali was a highly bombastic man who loved to boast of his prowess, frequently poetically.

After his athletic retirement, he focused on his new work with a more subdued tone.

“Eat your words ! I am the greatest ! I shook up the world. I’m the prettiest thing that ever lived.”

“Age is whatever you think it is. You are as old as you think you are.”

“Float like a butterfly sting like a bee – his hands can’t hit what his eyes can’t see.”

“I hated every minute of it. But I said to myself, ‘Suffer now, and live the rest of your life as a champion’.” 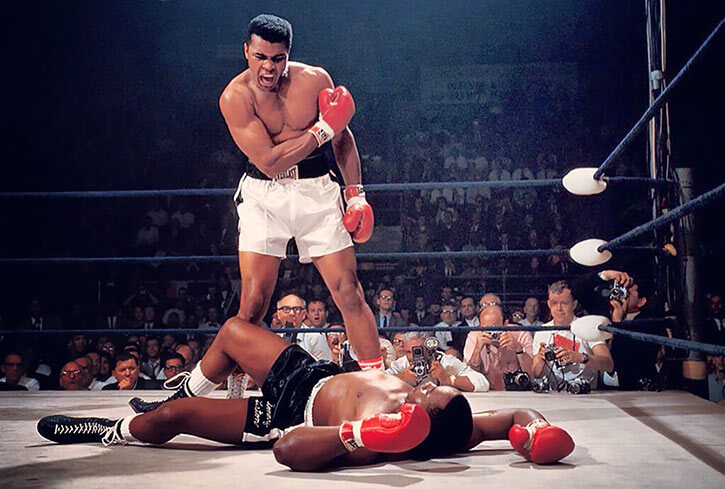 At the behest of a group of aliens, Muhammad Ali fought against Superman under a red sun, with the erstwhile Man of Steel powerless. Ali knocked out the Last Son of Krypton in the second round, then went in against a warrior named Hun’Ya and defeated him as well.

Ali’s rope-a-dope stratagem was used by Hal Jordan against Guy Gardner with their Green Lantern Corps membership on the line.

Clayface (Cassius Payne) was named by his mom and dad in honour of Mr. Ali, as a “Cassius Clay” pun. 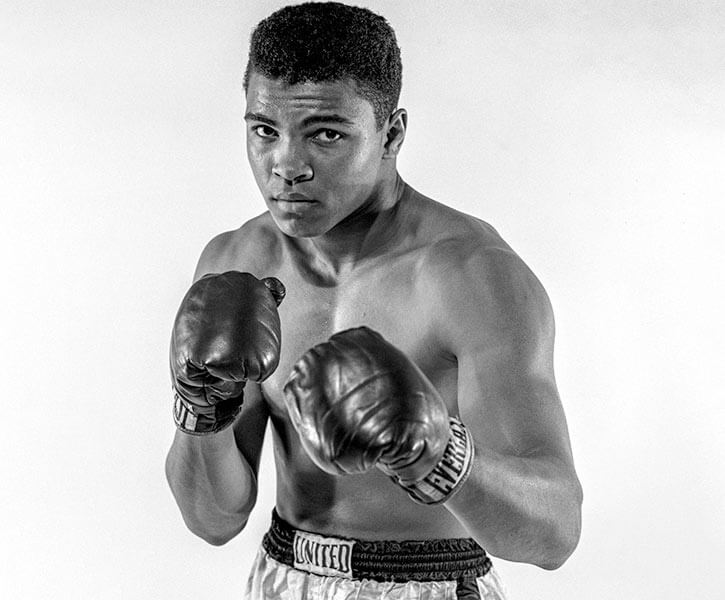