Murai is a well-trained martial artist and melee fighter, with a robust knowledge of comparative mythologies and world religions. She can even lecture about theology, in a remarkably elaborate manner for one so young.

Unfortunately, she is prone to experiencing crippling fugues brought about by the sound of children crying in fear, certain forms of magical darkness, and a specific smell. These are loosely comparable to a schizophrenic episode followed by deep unconsciousness, but are actually the result of a divine curse.

Murai is of the Veiled – a paramilitary organisation that serves all the gods. The Veiled seem to primarily provide security and law enforcement around temples to let monks, priests and other religious types work and study in peace. They also occasionally receive divine quests.

Her Veiled detachment is commanded by Captain Jhalm. It is based in a temple of Ganesh  where the god regularly converses with people via a statue.

The Good Man and the Black Mother

Murai is originally from an area downriver to Saltlace, a major port and trading hub. This area experienced a gold rush that degenerated into a war, and Murai was among the many children and orphans who fled to Saltlace.

The children’s communities told themselves stories to make sense of the world. They invented new tales of Saltlace’s two divinities – the Good Man and the Lady of the Moon Road. This nascent mythology drew the interest of the Veiled, but the children would not talk about it to adults.

The Veiled recruited the youngest priestess they could – Murai, then aged 13, an acolyte of Ganesh. She was to infiltrate the orphans to learn about their myths.

However, what the Veiled did not know was that the children had made new myths to explain why the Good Man did not manifest to help them. In their version, the Lady of the Moon Road was secretly evil, and had killed her son the Good Man without any adult realising it.

They called this version of the Lady the Black Mother, and their belief was strong enough to create this evil goddess, forking  her out from the Lady of the Moon Road.

In unrevealed circumstances, Murai encountered the Black Mother. The hapless girl was left with permanent spiritual damage resulting in crippling fugues and confusion when exposed to certain triggers.

Captain Jhalm decided against throwing Murai out, even though she was now useless. Though Murai felt that she should leave, she found herself unable to take a decision. Her indecision remained even after speaking with the statue of Ganesh in the temple. 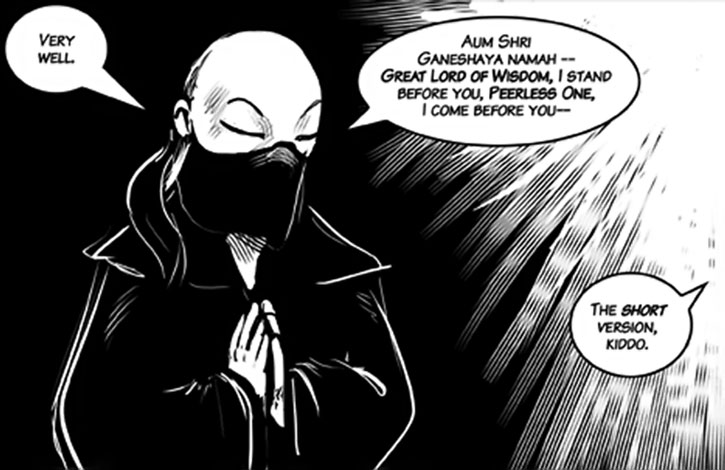 During that time, Murai encountered the wombat Digger-of-unnecessarily-convoluted-tunnels. They became friends.

When a dead god was found underneath the temple on crude life support, Ganesh determined that Murai was the one destined to solve the situation. He sent her to a distant monastery to garner more information. This forced Digger’s paw – as the wombat didn’t want the unstable Murai to travel large distances alone.

After the additional intelligence was gathered, Murai was instrumental in slaying the dead god for good. She did opposing the rest of the Veiled, who wanted to resuscitate it as part of their mandate to serve all gods.

Captain Jhalm then decided to leave the area. Murai opted to remain with him and the Veiled now that she had accomplished her destiny.

Murai is young, less than tall, and quite skinny. From her eyes, she’s probably of an Asian ethnicity.

Her head is shaved, and she wears the Veiled’s signature mask and robes.

Shadowchild noted that she has very little shadow in her heart, making her a good person.

She tends to be laconic, and when she does speak favours plain, matter-of-fact statements. 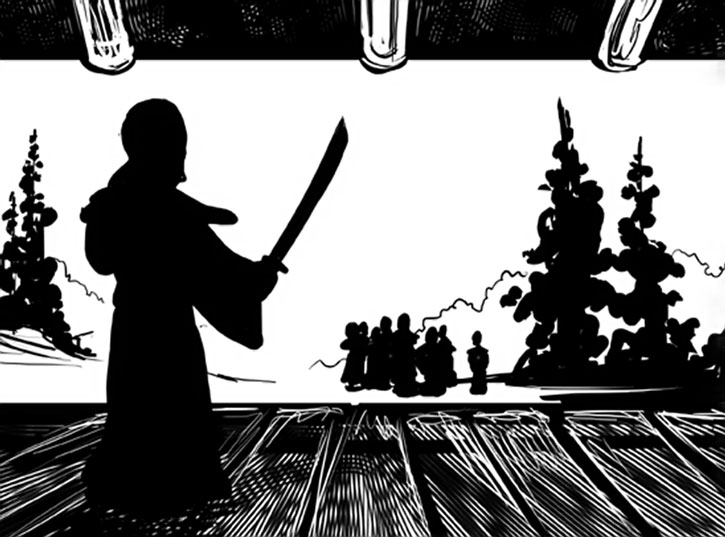 Most of the time Murai is somewhat disoriented. The shadow presence in her head makes it difficult to think. When she’s neither fully focused or visibly insane, she tends to act like a young little nun of Ganesh, god of compassion. She addresses most people as Honoured So-and-so – provided that they are honourable, obviously.

At her worst, Murai rambles incoherently about the Good Man and the Black Mother while she experiences terrible hallucinations that she cannot distinguish from reality – then passes out. Once she has fainted she will remain insensate and barely breathing for a long while.

Murai has a self-sacrificing streak, and is particularly stoic when she’s not being insane. She trusts that her god will make things work out in the end – and if it doesn’t then that was destiny.

“The Veiled serve the gods, honoured Digger. Comparative mythology and hand-to-hand combat are our specialities.” 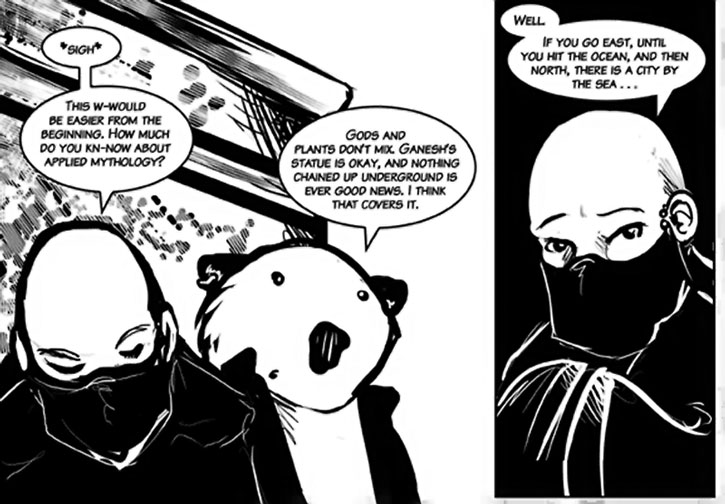 “As for the god… well, gods do die. It doesn’t generally make them less dangerous.”

“A good myth is always true, even if it is not real. They made a goddess out of their fear and disillusionment. A very bad goddess. And I met her. And now I’m crazy.”

“Could you tell me if the world is real outside my head ?”

Advantages:
Expertise (World mythologies and theologies), Familiarity (Military equipment and protocol), Rank (equivalent of a PFC among the Veiled).

Drawbacks:
Serious Psychological Instability, Misc.: Murai’s body mass is 1 AP, Misc.: in a tense situation involving shadows and/or seeing people being harmed, Murai must make an AUR/SPI check against and OV/RV of 04/04. If she fail, her Current SPI Condition is reduced to 0. 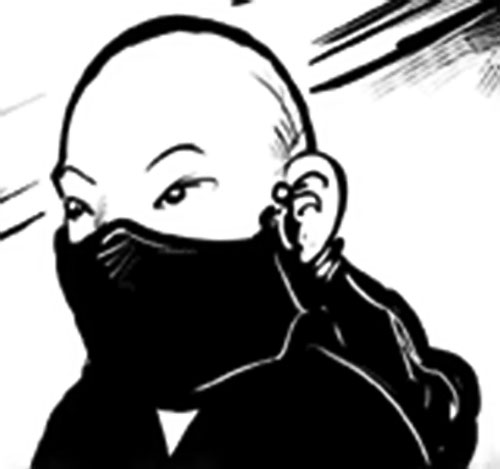 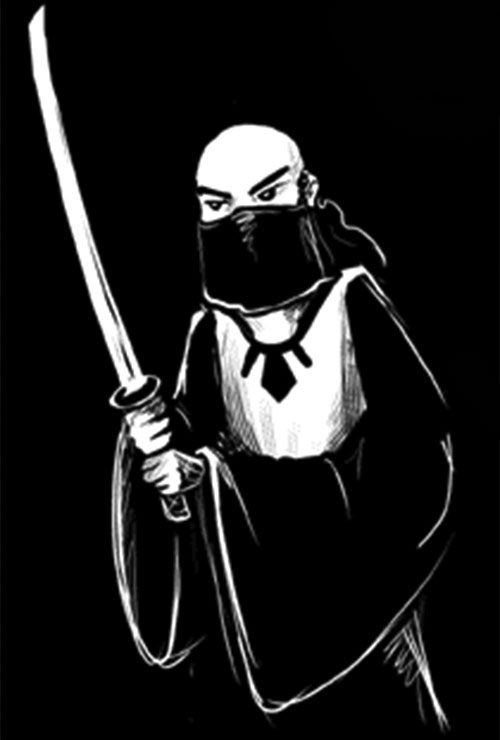