The Murphy Brothers are excellent hitmen, using a sniper rifle. They also have a pair of compact pistols up their sleeves that can be ejected in their hands for self-defense if a hit turns ugly.

Being comic-book-psychotic, they are also quite resistant to pain.

The Murphy Brothers are twin psychopaths in the New York area. They are both serial killers pursuing their own insane obsessions with twins, and hitmen.

They have worked for the Kingpin at least once, to silence a key witness.

During that case they were intercepted by Daredevil (Matt Murdock) and finally put behind bars.

The brothers dress like a cross between the Scourge of Crime and Elijah Snow.

Obviously irrational. They seemingly only can speak in clichés, maxims, proverbs and other topoi. If your question can be answered by a cliché, you’ll get it. If not you’ll get a random cliché that is more or less close to the subject at hand but makes little sense.

They absolutely hate other twins and have a cycle of about a month for committing murder. Any pair of twin if fair game, and the last murder they committed before being sent to prison was in a maternity ward.

Some times they also say stock phrases like a physically abusive father might say toward a young son. That is probably related to the roots of their insanity.

“A stitch in time saves nine ! Ah ah, there’s no business like show business. Hang on to your hat !”

They have all of the trappings of Arkham Asylum patients and, in fact, would make perfect henchmen for Two-Face.

Both brothers have the exact same stats. 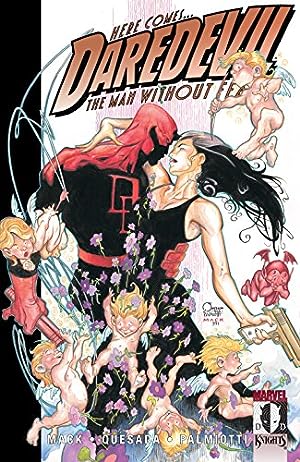 Daredevil/Echo : Parts of a hole 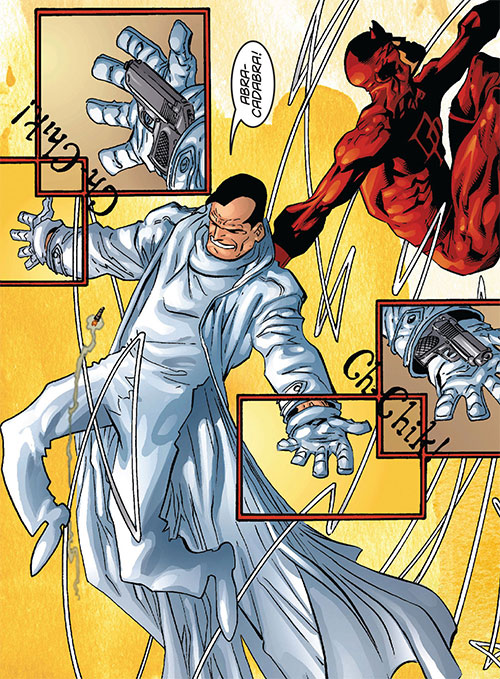