G-Girl has many classic powers. She is superhumanly strong and durable, capable of flight, can project laser beams from her eyes, has super breath, and super speed. She is also apparently capable of surviving in in vacuum at least long enough to fly a car into orbit.

Jenny Johnson was your typical nerd in high school. Picked on by the rest of the class, she only had her friend and fellow nerd Barry as a friend. The night they decided to become more than friends in the back seat of his car, they were interrupted when a meteor streaked over them and crashed in the woods nearby.

Investigating the strange glowing meteor with Barry, Jenny walked up and touched it. It exploded, transfering its energies to her. The energies transformed her granting her powers as well as correcting her vision and teeth.

After that night, Jenny and Barry grew apart due to Jenny’s newfound popularity. After high school, Jenny became G-Girl and Barry became her arch-enemy Professor Bedlam.

After the events of the movie, she is together with Professor Bedlam. She has a new partner in Hannah Lewis, who seems to have the same powers as G-Girl. She’s on good terms with Matt Saunders since he got Bedlam to express his true feelings for Jenny.

G-Girl is a tall woman who looks like a supermodel. She never seems wears the same costume twice. The only constant with her costumes is her G logo on her chest, a large medallion, as earrings, or belt buckle. It’s always somewhere visible and fairly prominent.

Her costumes are best described as a woman’s ideal of super-heroine costumes. The outfits look more like high fashion on a runway than the traditional costumes for a super-heroine.

As Jenny, she wears a brown wig and glasses. She dresses very conservatively to downplay her looks as best she can.

G-Girl is a very confident and secure woman…on the outside. In reality, she is still an insecure self-consious nerd that is needy, jealous, and controling when she finally gets into a relationship with a man.

At the end of the movie, she’s with Professor Bedlam, who truly and absolutely loves her. So perhaps her neuroses have disappeared with someone that really loves her. 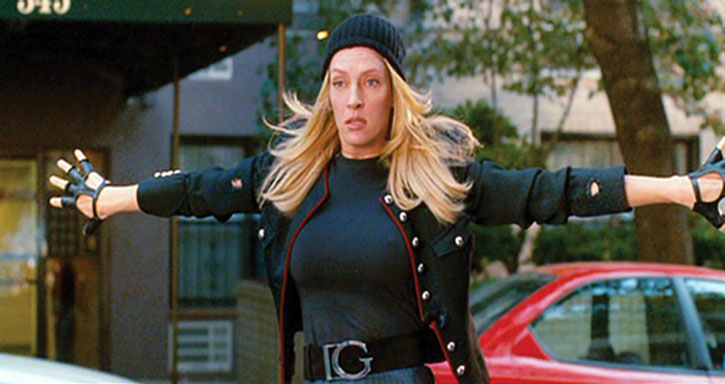 G-Girl: “You know, deep down I had a feeling that you’d realize your mistake and come back to me.”
Matt Saunders: “You are wise.”
G-Girl: “Do you want to to know a secret ?”
Matt Saunders: “Sure.”
G-Girl: [Beckons Matt to lean closer and whispers] “That’s why I didn’t kill you.”

G-Girl could be easily dropped into the DCU as is. While it seems she’s the only superhuman being in the movie, that shouldn’t affect her too much. While she’s powerful, she’s not in the league of DC’s big guns. 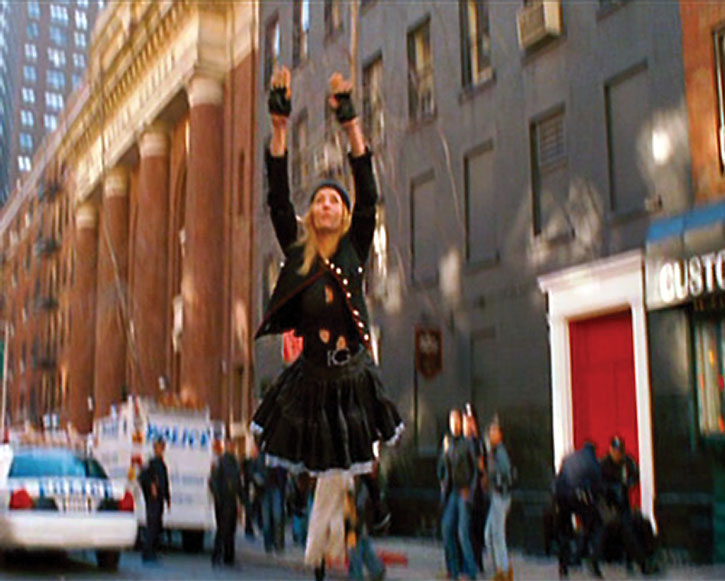 It would be easiest to have her come to the attention of a male super-hero in his secret identity, but some heroes would hit on her as G-Girl. Here are some examples.

Clark Kent: After interviewing Jenny Johnson about the art gallery she works at, she develops a crush on Clark. Her only problem would be Lois…

Bruce Wayne: The Wayne Foundation makes a generous donation to the art gallery, and Jenny attends a dinner with Bruce Wayne. She develops feelings for him and begins interfering with his actions as Batman.

Guy Gardner: Guy meets G-Girl and decides to hit on her. After getting to know her, her neediness and vulnerability remind him of Tora…at least at first.

Booster Gold: Booster decides a fashionable girl like G-Girl would be nice to go out with. Then she latches onto him…

At one point in the movie, Jenny makes a reference to having one vision power (but never seems to demonstrate it on screen), and she may well have other hearing and vision related powers. At the GM’s option, the following powers and limitations may be added to G-Girl:

At the end of the movie, make the following alterations:

Source of Character: Character played by Uma Thurman in the movie My Super Ex-Girlfriend. 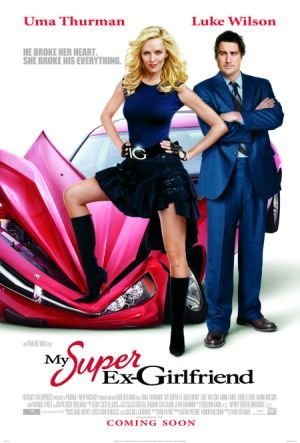 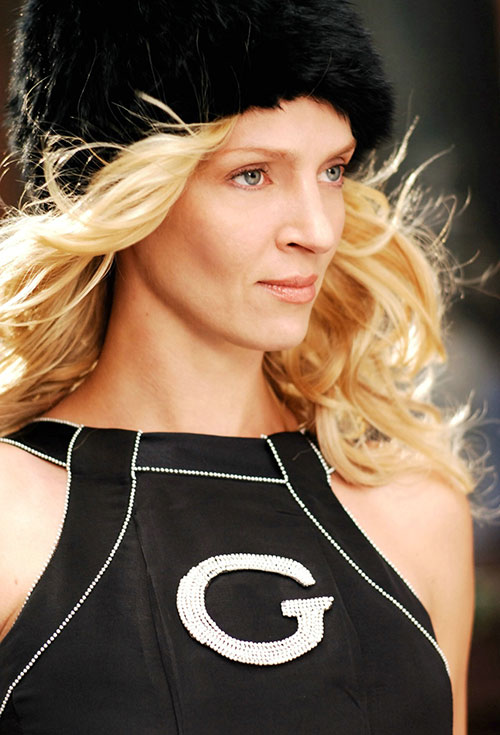 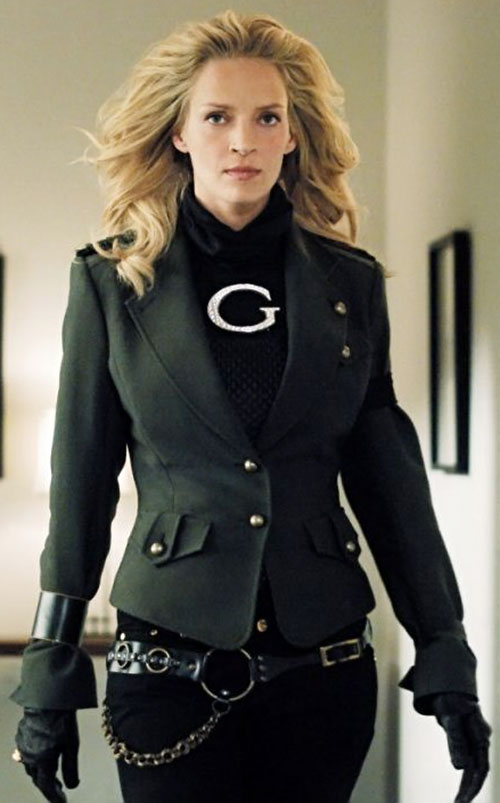 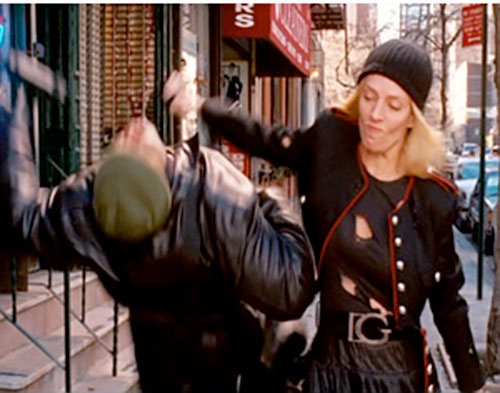 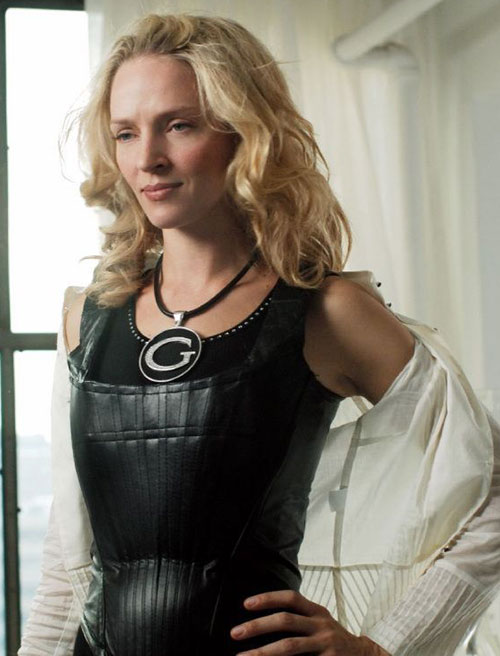 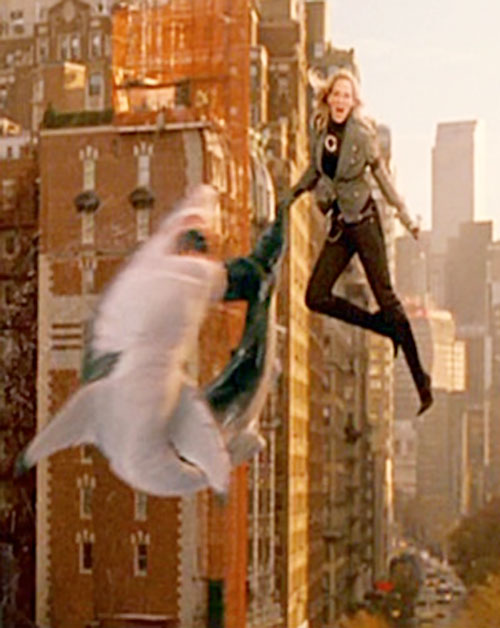 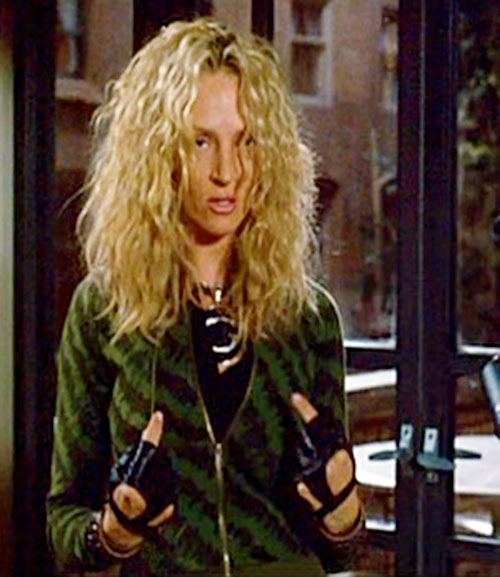