Mr. Furious originally had no abilities of any remark. He was simply a wannabe tough guy (and not even that furious).

After the assault on Casanova Frankenstein’s mansion, Roy developed an actual rage when his pseudo-girlfriend Monica was held hostage by Casanova. In a fit of adrenaline, he was able to put aside his insecurities and fight Casanova with considerably enhanced skill.

Mister Furious in not quite action.

Mr. Furious wears a long, black trenchcoat with flame designs on it. He wears his hair up in a spiky fashion and is always unshaven.

Mr. Furious originally was a wannabe in every sense of the word. He wasn’t even a furious guy. Roy always aspired to be the Wolverine/Punisher/Schwarzenegger/Stallone tough guy loner. He constantly spouted one-liners that were, as the Bowler put it, a hindrance and full of mixed metaphors.

Obsessed with image and extremely proud, when the other heroes fawned over the Sphinx, Roy was extremely jealous and temporarily left the group.

After meeting Monica, Roy came to terms with his power (or lack thereof). He became a mellow guy, except for when something he cared for was threatened. Living up to his own hype, when Mr. Furious’ rage takes over, he becomes a one-man war on crime. In this state he is tough, has good one-liners and extremely angry.

“People who live in glass houses shouldn’t ! Because this is what happens !”

“Mama pajama ! What kind of crazy man blows up a crazy house ?”

“I don’t need a compass to tell me which way the wind shines !”

“Right now I’m kinda like a powder keg. After all, I am a ticking time bomb of fury.”

“Don’t mess with the volcano my man, ’cause I will go Pompeii on your… butt. ”

Spleen: “You start doubting your superpowers, man, you are shafted !”
Furious: “If I had any superpowers to doubt I guess I would be in trouble, but I don’t. I don’t —I don’t— What do I do? I go ’Rarrr !‘”
Spleen: “What are you talking about ? You lifted a bus once !”
Raja: “Precisely ! That story’s legendary.”
Furious: “It was really more of a push, really, than a lift.”
Spleen: “Well that still takes incredible superhuman strength !”
Raja: “It does, to… push an entire bus out of the way.”
Furious: “Well, actually, the driver kind of had his foot on the accelerator — just in the beginning, just to get it going, then it actually was me. But he kinda…”
Raja: “Oh shit.”

“My name. Um, wow. Okay, uh…It’s — It’s Phoenix. Phoenix Dark Dirk. Phoenix Dark-Dirk. I was uh…I was christened Dirk Steele, and I changed it to Phoenix—”

“People who don’t close their mouths when they chew make me furious ! RaaaaaaAAAAHHHHH !!!!”

Furious: “Rage…taking over !”
Casanova Frankenstein: “Ja, ja… We have heard this before.”
Furious (grinning maniacally): “No. Rage… REALLY… taking over !”

“You must’ve torn out the “Q” section in my dictionary, because I don’t know the meaning of the word ’quit‘.”

The stats above are for Mister Furious when he’s not angry enough. This is by *far* his most common state, although technically this is his Alter-Ego. His angry, fully-powered stats are :

Mister Furious normal, somewhat incompetent state is his Alter-Ego. Although he doesn’t physically changes, his physical power, demeanour and presence change so much it is simpler to handle the change as an Alter-Ego in game terms.

Changing into his enraged, more powerful state requires being in a state of rage. However, Mister Furious is not actually a very angry person – he has to score RAPs against an OV/RV of 05/05 with his AUR/SPI to become angry enough to shed off his alter-ego. At the GM’s call, dramatic circumstances, such as Monica being kidnapped, can make this roll easier.

The stats above are for Mister Furious when he’s not angry enough – this is by far his most common state. His angry, fully-powered stats are listed below. Although he doesn’t physically changes, his physical power, demeanour and presence change so much it’s basically an Alternate Form.

Changing into his enraged, more powerful state requires being in a state of rage. However, Mister Furious is not actually a very angry person – he has to beat a Will DC of 15 by at least one in order to activate his powers. At the GM’s call, dramatic circumstances, such as Monica being kidnapped, can make this roll easier. 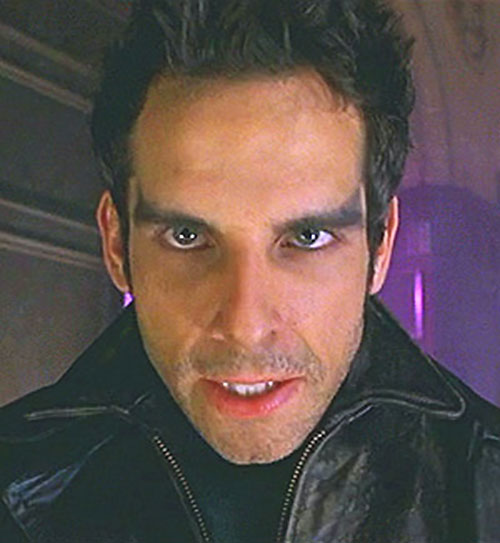 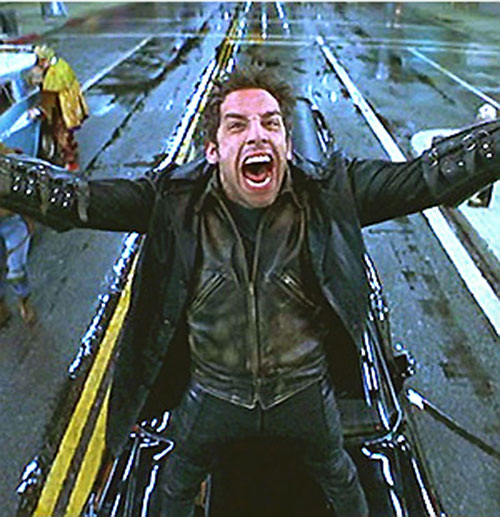