Tony P: “Well, well, well… What do we have here ?”
Tony C: “Looks like they’re s’posed to be jive superheroes.”
Tony P: “Well they’re gonna be real sorry they came out to Casanova’s place.” (pulls and cocks his pistol)
(Shoveler, Raja and Furious start laughing)
Tony P: “What’s so funny ?”
Mr. Furious: “Guns ? That’s your power, you have GUNS ?”
The Blue Raja: “ Pardon the impertinence, chum, but what the devil does a PISTOL have to do with DISCO ? There’s no theme there at all.”
Furious: “Weak.”
Raja: “At best.” (Trades high-five with Furious)
Shoveler (pointing to a guy swinging a pipe): “Look at this guy. Who are you, ‘the Disco Plumber’ ?”
Furious: “See, If you’re gonna use a chain, at least make it a GOLD chain… See ? And that’s just off the top of my head. ”(mockingly to Tony C.) “Yo, what’s up, Tiger Lily ?”
Tony C: “The top of your head, eh ?”

The Disco Boys are common thugs. Yet, they are obviously more disciplined than usual thugs and are a fairly effective fighting force. There are typically seven Disco Boys, not including the two Tonys. 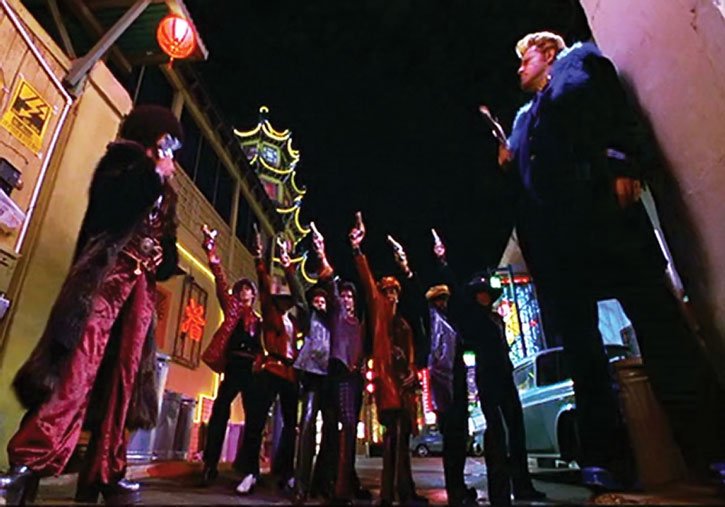 Tony P and Tony C are better than thug-level, almost appraoching the status of low-level adventurers. As such, they are more dangerous. Tony P seems to be content to use guns, while Tony C doesn’t hesitate to engage in hand-to-hand.

Tony P seems to think he leads a charmed life. He went free, after all, while Casanova went to the nut house, in spite of the fact he’s well known on the street. He thought that he was “protected by the god of hair-care”. But as the Bowler demonstrated when she killed him, he was wrong.

This bizarre group already existed when Casanova went to prison. That was 20 years before the events in the movie, at the height of the Disco fad. But they once were quite “in”. 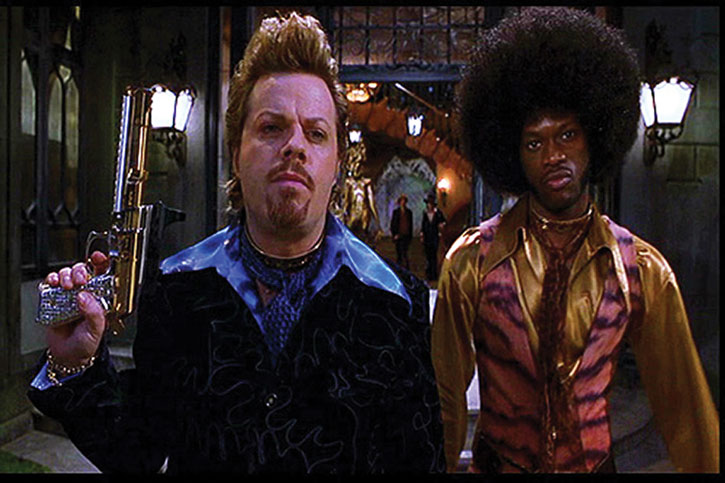 The Disco Boys were the primary motivation for the Shoveler, Mister Furious and the Blue Raja to actively recruit others to their group. Otherwise, there was no way they were going to get past the Disco Boys to find Captain Amazing (see the other Mystery Men writeups for details). They are therefore directly responsible for the formation of the Mystery Men.

The Disco Boys are a bunch of nondescript thugs dressed in late 70’s disco styles. They come complete with bell-bottom pants and platform shoes. And lots of spangles. 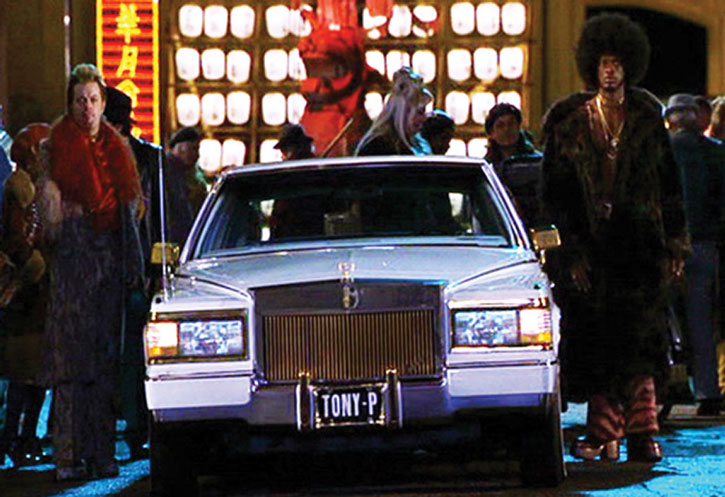 Tony P dresses a lot like a circa 1970’s pimp, a lot more flashy than the others, with plenty of fake fur. His hair is always immaculately coiffed in his trademark pompadour style.

Tony C is usually wearing a brightly colored leisure suit combo, quite tight to show off his muscles, and a HUGE afro hairstyle which adds around 6” to his height. 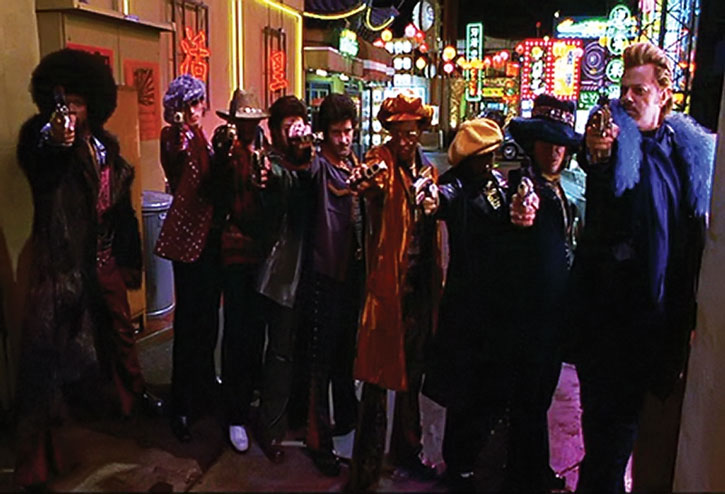 Tony P is the more obvious leader, since he is Casanova’s right-hand man. He may be a little more full of himself than the others.

Tony C is fairly soft-spoken, and continually talks in “jive”.

The Disco Boys, weird as they are in the Mystery Men setting, would be even stranger in the DCU. But, as good thugs can be hard to come by, they could be used as-is wherever you need a bit of the odd flavor. 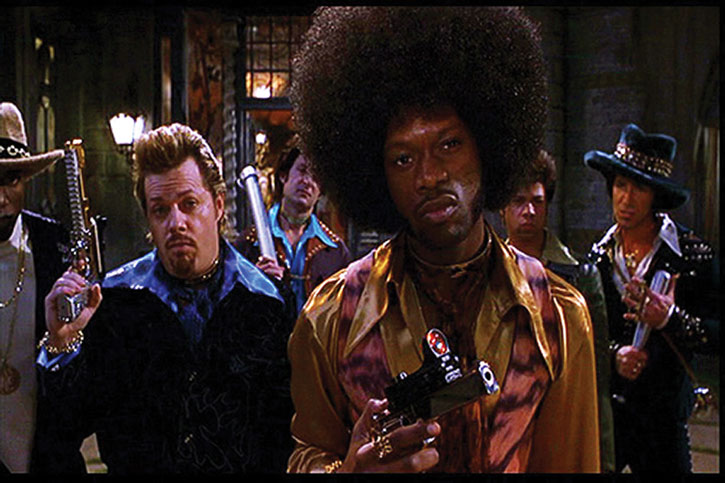 It is also possible to make good use of them if your campaign is set in the Silver Age  or if it involves time travel.

Tony C.
(Fighting the Shoveler) “Yo, dig this, shovel-man !” 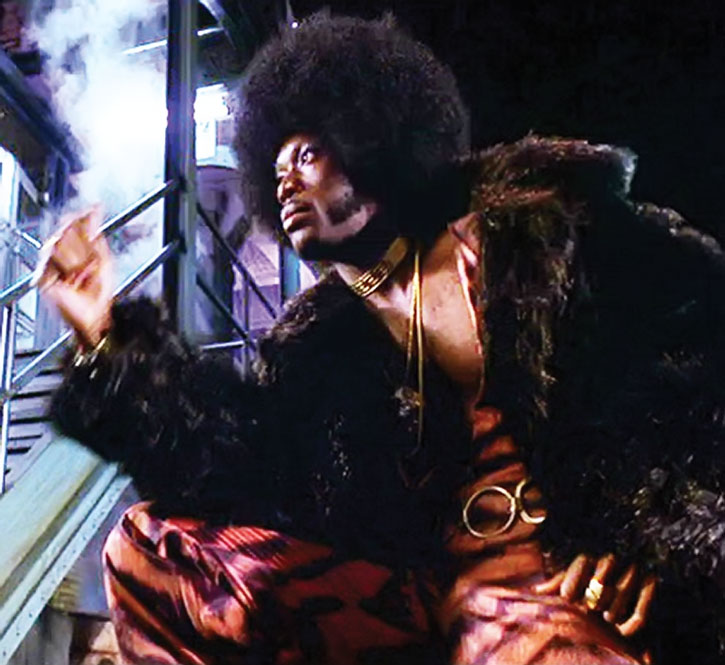 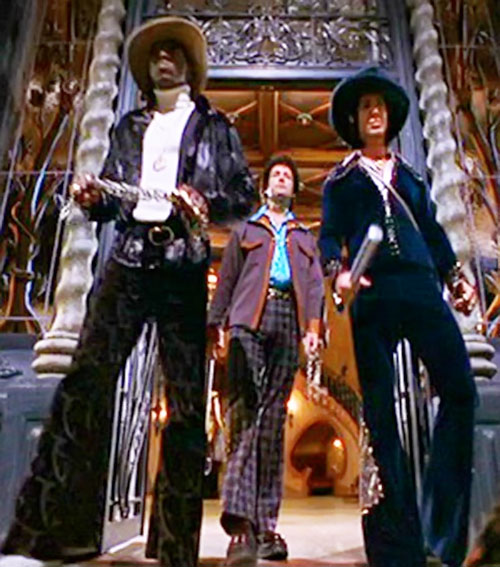 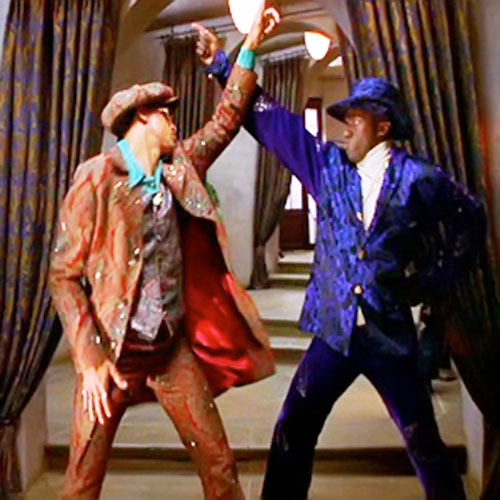 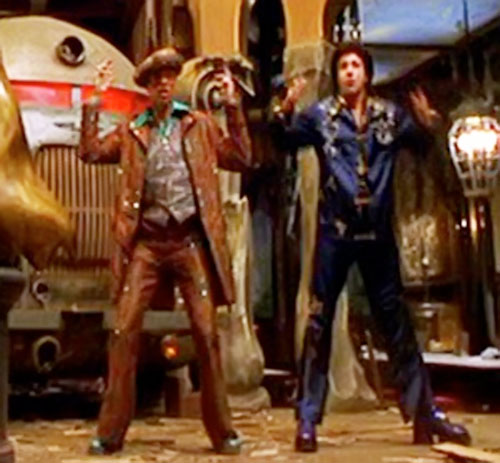 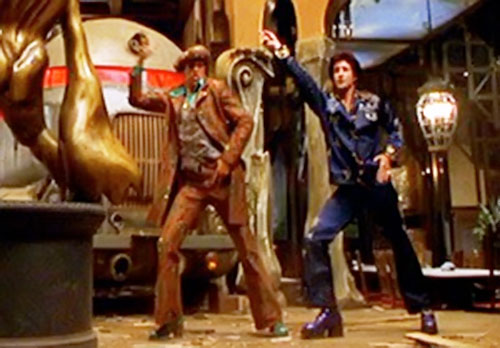 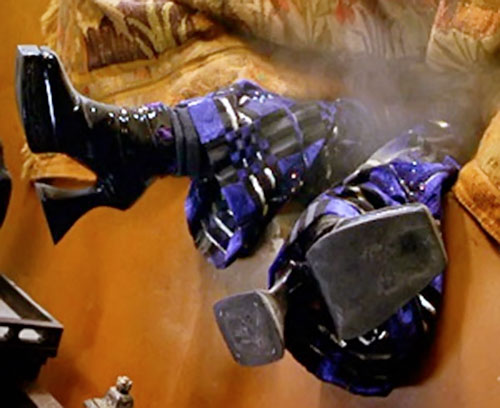 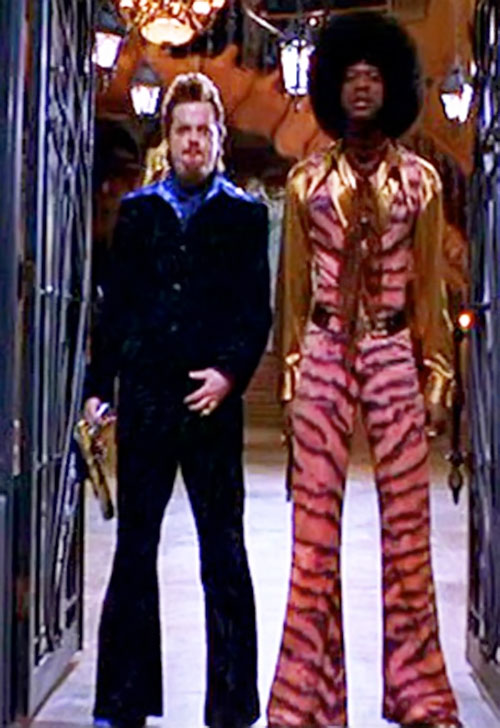 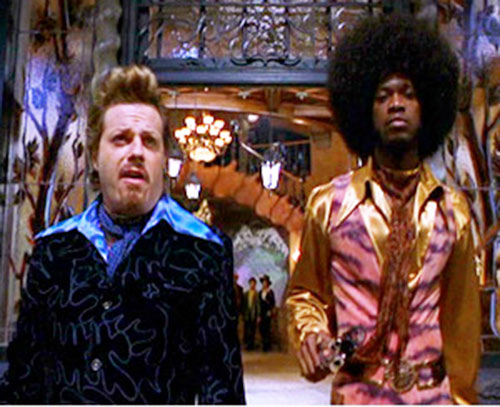 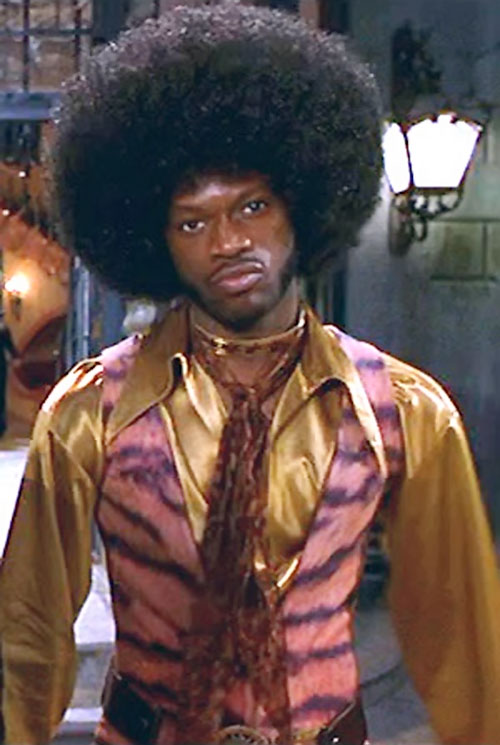 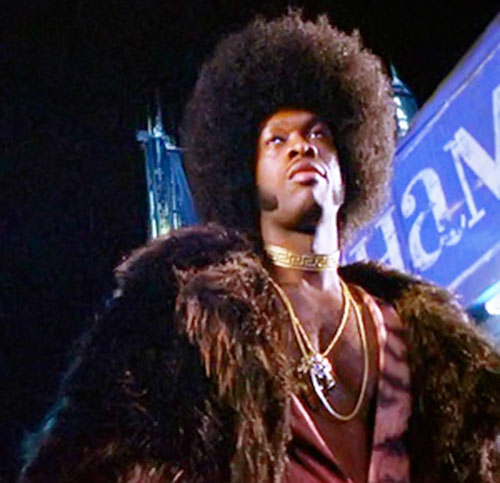 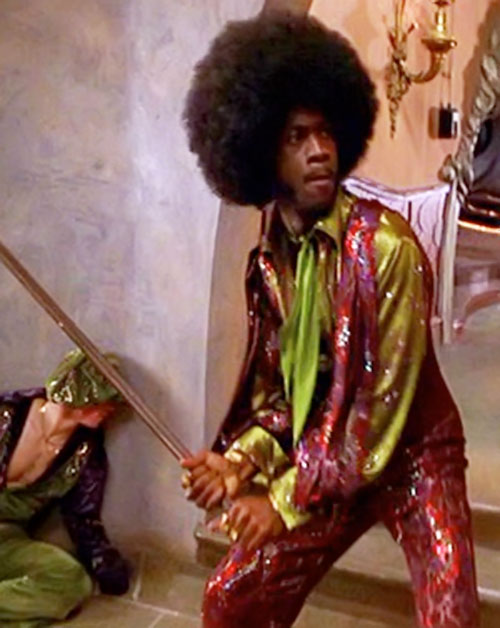 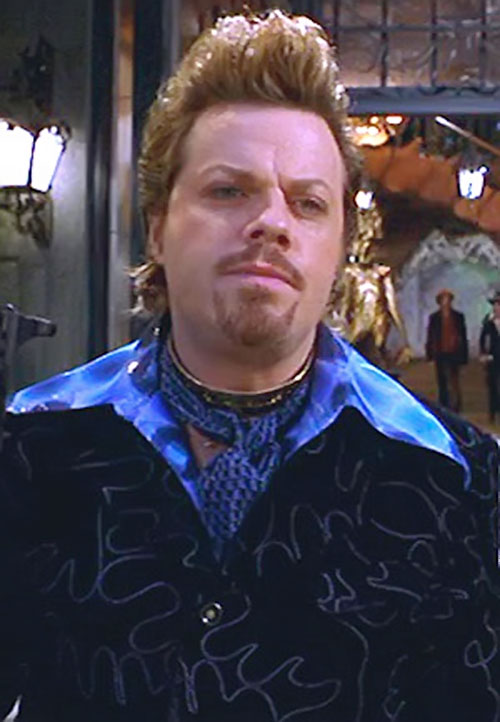 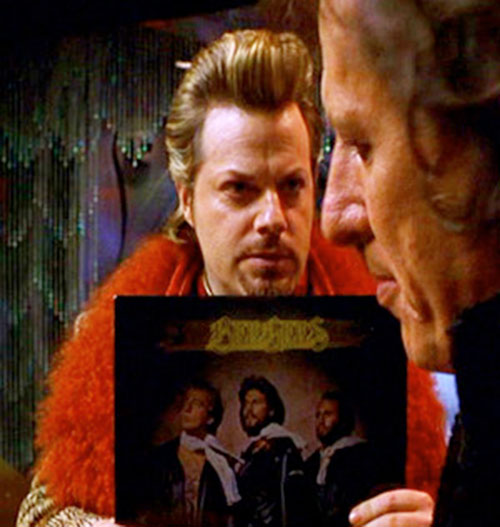 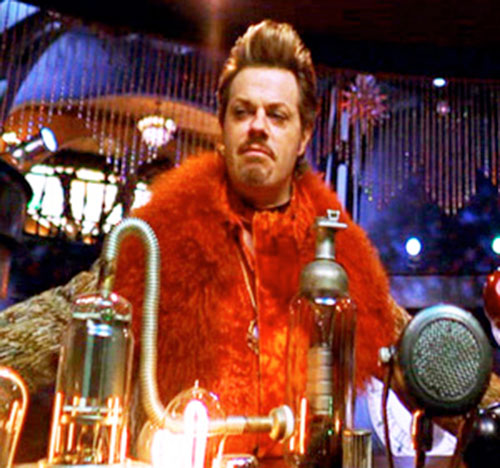 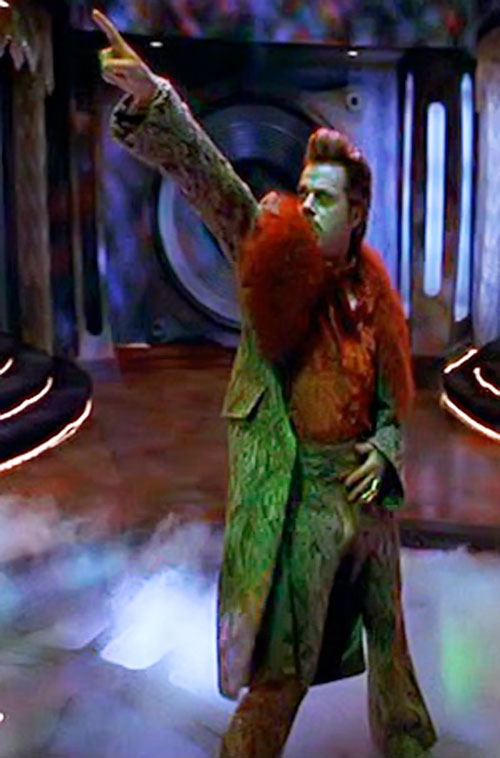