Mystery Men was a 1999 super-hero comedy, depicting a non-team of lamentable would-be heroes attempting to rise to greater heights.

It had it’s-okay-but-a-bit-chaotic movie critics, bombed commercially, and was considered awesome by many who wanted to see a super-hero comedy.

The Bowler inherited her bowling skills from her father, a semi-famous (pre-Captain Amazing) super known as Carmine the Bowler.

Bowler has a good arm, and is a strong shot with a bowling ball. But most of her really spectacular shots seem to be a result of her father’s spirit controlling the Haunted Bowling Ball.

On the other hand, Carmine seems unable to act of his own volition, only acting when Carol releases the ball or hurls it at something.

The ball is seemingly indestructible, as it survived the destruction of the psychofrakulator unharmed. It is believed that the Haunted Ball communicates with the Bowler, but there is no real proof showing this. The Bowler could just be a nutcase out for revenge for the murder of her father.

With a superhero for a father, you know a child is going to have issues. The Bowler is the daughter of the late, great Carmine the Bowler, a hero who used a bowling ball with deadly accuracy in the fight against crime. But he was murdered by Tony P. of the Disco Boys (a fact of which Carol was seemingly unaware).

Carmine’s ghost pestered his daughter to take up the mantle and avenge his death. She had his skull encased in a crystal bowling ball, and sought for a group to join to help her find her father’s killer.

She happened to show up at the tail end of the open tryouts for the Mystery Men while they were recruiting for help against Casanova Frankenstein. Carol wound up joining the team just in time to benefit from their training with the Sphinx, a big-time super from the South.

During the battle with Casanova and his gangs, she succeeded in catching up with Tony P., and Carmine did the rest. Now, according to their deal, she can go back to grad school. She is likely to stay with the Mystery men, however, as she is one of their more effective members.

Bowler is a petite twentysomething with dark hair and eyes, and a raccoon-like look from use of too much mascara.

She has narrow dyed green streaks in her hair.

She wears platform shoes to give her small frame some extra height.

Originally Bowler wore a slightly worn costume which may have been Carmine’s original Bowler outfit. Under the Sphinx’s tutelage she created a costume of her own. This version was mostly black vinyl with bowling motifs on it.

The Bowler was played by Janeane Garofalo.

Bowler has an acerbic wit that she freely uses on friend and foe alike.

Initially she was just interested in finding revenge for her father, but mostly to get him off her back. She quickly became a loyal friend and ally to her teammates, being supportive where she could and giving advice where she saw it needed (like when she saw Raja having problems with his mother).

Bowler and Mr. Furious had a fairly adversarial relationship initially. Possibly because she saw right through his tough-guy act. But when he entered a crisis of faith, she did everything she could to help pull him out of it.

Bowler: “So you’re a British man who converted to Islam, like Cat Stevens  ?”
Blue Raja: “No, no… Until the early part of this century, India was in fact part of the British Empire, whose government there was called the British *Raj*, after the Hindi word for ‘sovereignty’… furthermore-”
Bowler:”Wait, so sorry… What ?” (listens to bowling ball) “Dad ! No. He is not a commie, nor a fruit ! I’m sorry. His ignorance embarrasses me.”
Blue Raja: “Am I to understand that you have inserted your father’s skull in that ball for bowling ?”
Bowler: “No. The guy at the pro shop did it.”

Tony P: “ Let’s face it, kid… you don’t have the guts to kill me.”
Bowler: “You’re right, Tony. I don’t. Because I’m better than you. That’s right. A lot better. I may even find the courage to forgive you, someday.”
(Bowler’s ball comes from behind and smashes Tony’s head thru a wall)
Bowler: “Oh… Carmine, on the other hand, feels differently than I do about forgiveness.”

(To her ball) “What ? Yes, we’re all very aware that *you* saved the day, and I’m sure we’ll be hearing about it for the rest of our lives.”

Drawbacks:
CPR (Bowling Ball), SPR (Carmine may only communicate via Telepathy (and thus only with Carol) – otherwise he is mute).

The Bowler’s Attack and Effect PL is based on the ball’s powerful attacks. However, her defenses are not, since the bowling ball can continue to act only as long as she maintains the power. 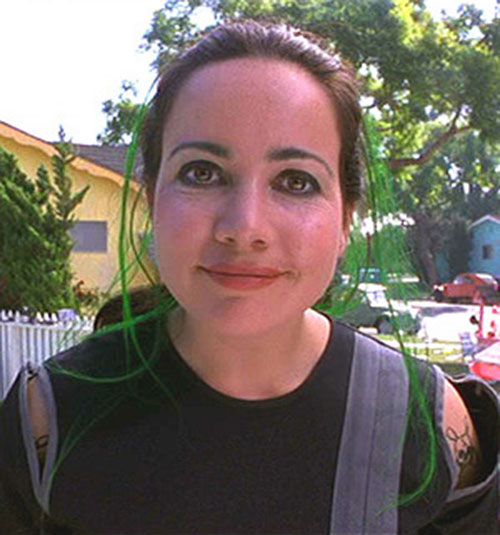 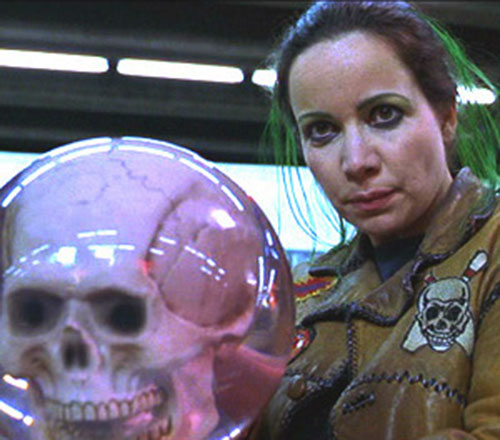 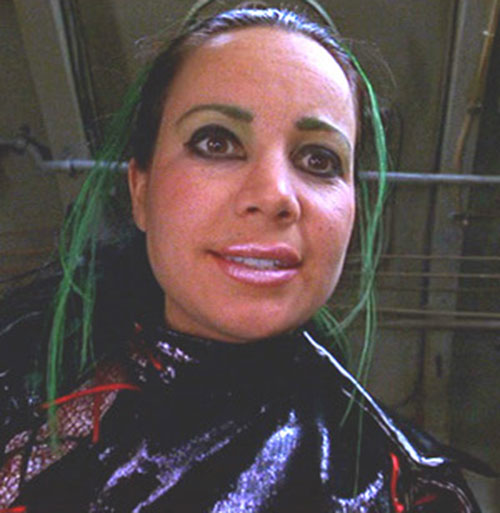 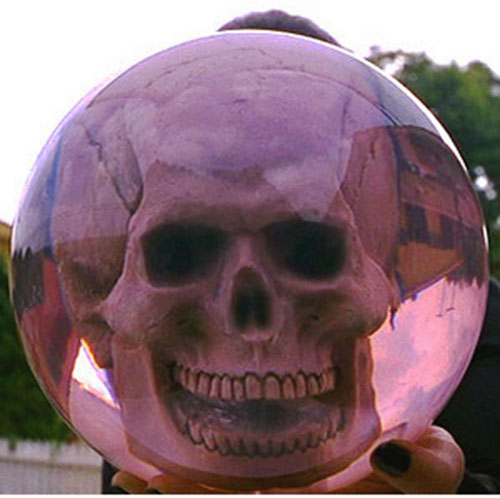 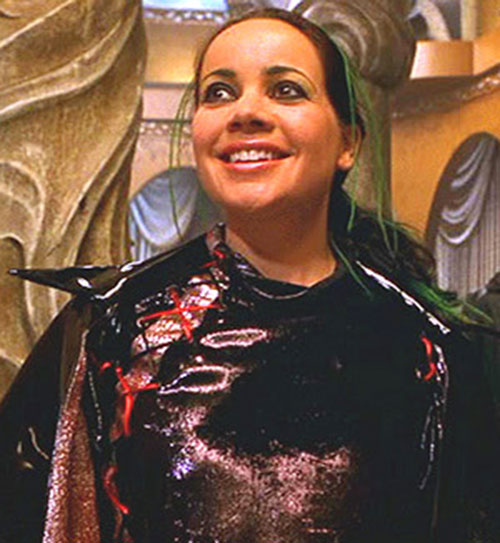