The Invisible Boy developed the power to become invisible after years of being ignored. There’s just one minor glitch: he can only be invisible when absolutely no one is watching him do it… not even himself. If anyone looks at him while he’s invisible, he loses the power.

An apparent side-power that was probably a surprise even to him is that Invisible Boy actually seems to become entirely unreal for a brief instant while fading away. While using his power during the attack on Casanova’s mansion, his clothes did not become invisible, but fell off his body as he faded away.

According to his own version of events, years of being ignored allowed the youth known as Invisible Boy to develop the power of invisibility. When the Mystery Men needed to strengthen their line-up, he was one of the first recruits.

Invisible Boy was recruited by Shoveler, Mr Furious, and the Blue Raja to help them take on Casanova Frankenstein. They almost decided not to take him along when he revealed that he could only be invisible when absolutely NO ONE was watching him, but he persuaded them with the strength of his dream.

The Invisible Boy proved his worth and his power when Casanova retreated to the Disco Room, protected by a laser defense system that would fry anyone who approached. Invisible Boy, calling for everyone to turn away, went invisible and simply walked up to the machine and turned it off, allowing the Mystery Men to continue the pursuit, and eventually to bring Casanova to ground.

Casanova was killed when Mr. Furious hurled him into the energy stream of the psychofrakulator.

Invisible Boy’s costumes (in both incarnations) are fairly haphazard things, with a “thrown-together” feel… But the first one is undoubtedly a lot more improvised than the one he created with the Sphinx’s help.

The Invisible Boy was played by Kel Mitchell.

The Invisible Boy is a personable kid who has a dream. He wants to be a super-hero, possibly to make up for his years of being ignored by everybody. He is willing to give it his every effort, supporting the team 110%, even if his own power doesn’t suffice to help the situation.

He has a ton of guts, facing up to danger and hostile fire with little or no doubt or fear, even though he’s little more than a normal person.

Shoveler: “We’re looking for the one they call the Invisible Boy.”
Invisible Boy: “Oh, wow… All my life I’ve been ignored by people. Finally, after years of being overlooked… I found I had the power to disappear. It’s real ironic how it happened, see…”
Furious: (interrupting) “’Scuse me… sorry, can we come in ?”
Invisible Boy: “Oh. Sure.” (to Dad) “Dad, I’m goin’ to my room with three strange men.”
(Dad says nothing)

Invisible Boy: “I DID it ! I’m really invisible ! Can you see me ?”
Rest of Mystery Men (turning around and seeing he’s naked): “YES.”
Blue Raja: “Two hands, there, lad.”
(Invisible Boy covers himself with his hands)
Bowler: “Maybe you should put some shorts on… or something,… if you want to keep fighting evil today.”

Drawbacks:
Age (Young), SIA toward Superheroes, Loss Vulnerability (No Intrinsic Range – All Powers, If Anybody (i.e., any PERSON) is Watching Him. Apparently Invisible Boy must be Aware that they are looking).

Vanish ● 14 points (Action (Move)) ● Descriptor: Reality Alteration
– Concealment 4 (Visual), Limited 2 (only when no person is watching, including himself), Limited (does not affect carried or worn items)
– Insubstantial 4, Limited (only while invisible), Limited (only first round of invisibility)

The limitation on his Insubstantial is surmised. It’s possible he may be not only invisible but intangible, or that he may able to switch this effect on or off at will, but it’s not established in the movie. Given the Invisible Boy’s lack of opportunity to experiment with his powers, it’s possible even he doesn’t know. 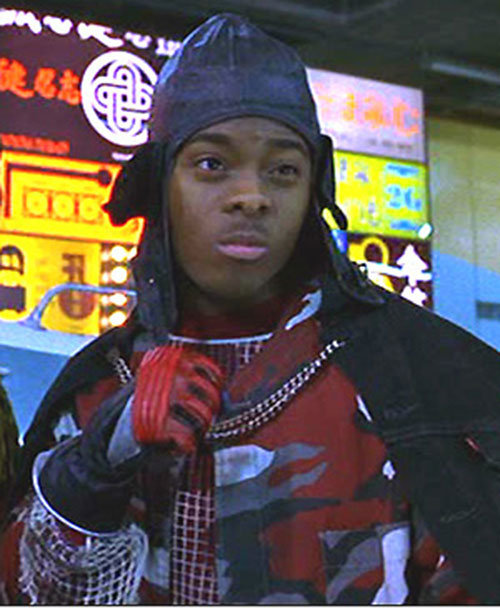 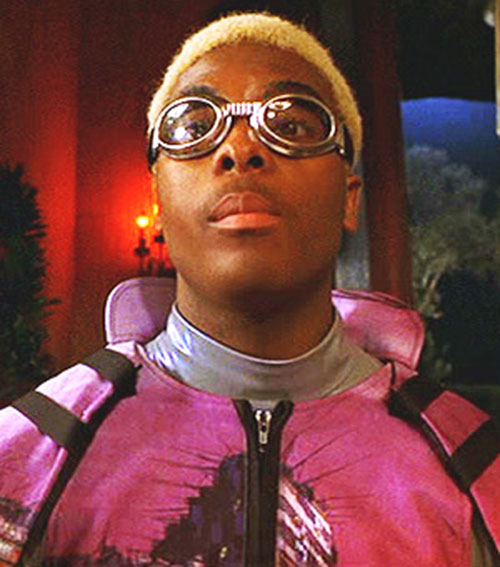 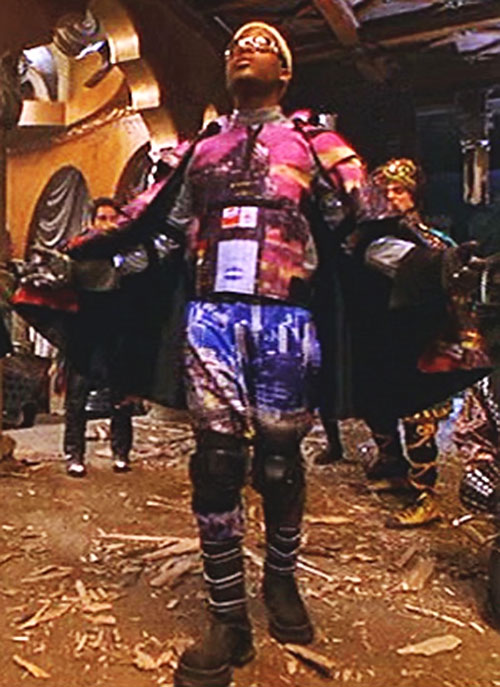