The Spleen’s power is in the incredible stench he can generate on command. He is flatulent at the best of times, but apparently he can launch an appalling amount of bodily gas at need.

He usually has a comrade “pull his finger” to activate the stench, but this may or may not be necessary to do so.

The Spleen’s personal “stink aura” is so powerful that it attracted a skunk to have marital relations with his leg while he and the Invisible Boy were on watch at Casanova’s Place.

The Spleen sought out Mr. Furious, The Shoveler, and the Blue Raja when he heard that they were recruiting for superheroes to help them fight Casanova Frankenstein.

Despite their denials, Spleen wound up taking part in the raid that attempted to rescue (and wound up killing) Captain Amazing. He and the Invisible Boy were keeping watch outside Casanova’s mansion, entertaining a skunk.

Despite his obvious fear at dealing with guys with automatic weapons, the Spleen turned out to be instrumental in defeating the gangs that were defending Casanova and the psychofrakulator.

His “costume” that he made under the Sphinx’s tutelage is marginally better, a combination of gold lamé and brown velvet with a short cape and (again) platform shoes.

The Spleen speaks with a slight lisp, and has REALLY bad teeth.

The Spleen was played by Paul Reubens.

The Spleen’s odd origin notwithstanding, he has for years sought to be a respected superhero in a world that really doesn’t want him.

He doesn’t get any respect (even less than the Shoveler, which is really saying something), and he seems unaware that he’s actually pretty unappealing, socially.

Sometimes he can be pretty pathetic in his attempts to be social. He’s not actively offensive, he’s just not at all attractive.

The easiest way to become Spleen’s friend for life is to pay attention to him. ANY attention. At all. Unfortunately this may bring more attention from Spleen than one is willing to put up with.

Spleen is actually a good team-player, and is eager to combat the bad guys because only then he can be with the good guys.

Spleen: “Why are you guys always dissing me ? It hurts my feelings. I’m a superhero too. I have powers.”
Invisible Boy: “Really ? Like what ?”
Spleen: “So glad you asked. Well, it all started when I was just 13 years of age. One day, while walking with some friends, I accidentally cut the cheese. Well, in my adolescent awkwardness, I blamed it on an old gypsy woman who happened to be passing by. BIG MISTAKE ! The gypsy woman placed a curse upon my head. Because I smelled it, she decreed I would forevermore BE HE WHO DEALT IT !”

A 217 Point Character (does not include Gadget fee for the Blame Thrower, which belongs to Dr. Heller)

Anyone who’s heard of the Spleen’s Power or has been subject to it suffers an Intimidation attack from Spleen’s mere presence. 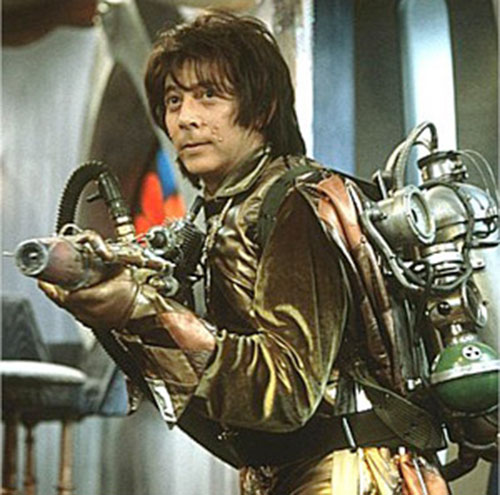 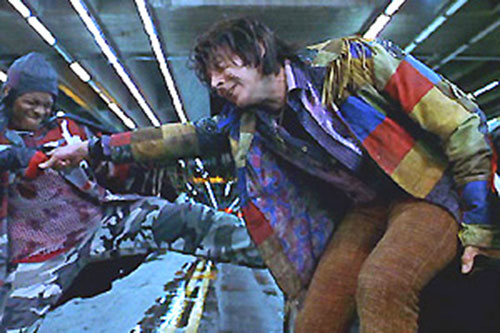