Nadia is a relatively experienced agent, with a familiarity with undercover work.

She very physically active, and a highly trained combatant, proficient in unarmed and armed combat, and familiar with an array of firearms.

(There’s a problem with her history as told in the show. She was born after her mother returned to Russia, and taken to safety supposedly by Vaughn’s father, who was killed by Irina before she returned to Russia.)

(I’ve left it vague as to who spirited her away, assuming Elena set up the evidence to draw Vaughn into finding her, and that it was an unnamed individual working for Elena, or possibly Elena herself, who took Nadia.)

Nadia was the result of an affair between KGB spy Irina Derevko (under the name Laura Bristow) and CIA agent Arvin Sloane. Irina faked her death and returned to Russia while pregnant with Nadia, so she was born into KGB custody, where she was separated from her mother.

Identified by the Soviets an ’The Passenger‘ of Rambaldi lore, they kept her in a research facility, where they experimented on her.

She was kidnapped from Soviet custody, and ended up in Argentina. There she was raised in an orphanage run by “Sophia Vargas” – who was actually Irina’s sister, Elena Derevko. After one night confronting a worker at the orphanage who took advantage of the other girls there, Nadia ran away, spending her teen years on the streets.

She was close with fellow street kid, Cesar Martinez. She amassed around 130 criminal acts before being caught, when she was around 18. She was recruited by Argentine intelligence officer, Robert Fox, who was impressed by her skills. He hired her for a secret branch of the Argentine intelligence service. She was soon joined in her training by Martinez, who was also recruited.

After a few years of training she was sent out on a mission. That was when she learned, from a dying friend, that Fox was a rogue agent. Thus, she wasn’t working for the government. Confronting Fox, he confirmed the truth, so she shot and killed him.

The blame fell on Martinez, who used it to establish a reputation, becoming a freelance operative. As to Nadia, she went on to work for the real Argentine intelligence services.

While trapped, and apparently comatose, in a Chechen labour camp after a mission, Nadia was rescued by her half-sister, Sydney Bristow. This is how finally learned about her family.

She soon meets her father, Arvin Sloane, who then abducts her away from Sydney. He held her captive while injecting her to a Rambaldi fluid. This liquid triggered a “muscle memory” within her that caused her to write out a complex algebraic equation. The formula could lead to Rambaldi’s Sphere of Life.

During lucid moments as the fluid wore off, she managed to alter the equation. Sloane assured her that it was for the best, but when he realised how much pain he was causing her, he did begin to remove her from her restraints. Unfortunately, his allies in the Covenant arrived at this moment, and forced her to continue. She was rescued when Sydney arrived with a CIA team.

While in CIA protective custody she’s contacted by her father, whom she forgives. She sneaks away to join him on his quest for the Sphere of Life. They eventually track it down to caves in Siena, but Nadia, shaken by the madness in her father’s eyes, and after having apocalyptic visions on touching the sphere, backs away from helping him.

As a result, Sloane takes a serious fall while reaching for the Sphere. Santos calls the CIA for help, turning over the Sphere to the Department of Special Research. She leaves her father then, returning to Argentina.

A while later Nadia is approached by her sister, who is now working for APO, under Sloane, for specific intelligence that only Nadia can provide. She agrees, and, learning that her father has sworn to avoid anything to do with Rambaldi, decides to give him a second chance.

Nadia is inducted into APO, working alongside Sydney, whom she moves in with. She also begins a relationship with fellow APO member, Eric Weiss.

Nadia is soon contacted by Sophia Vargas. Vargas had engineered Vaughn believing that his father had spirited Nadia to safety when she was a child to lead him to her, putting her back in contact with Nadia.

Sophia came to stay with her for a while, but soon after she leaves, Nadia is suspected of treason, for the theft of information via her laptop. Thus, Sophia’s true identity is discovered.

When a false Arvin Sloane turns up, her father is forced to immerse himself in Rambaldi lore yet again. She becomes concerned about him, especially when his obsession leads him to beat the Arvin clone’s henchman to death in a rage for his ’heretical‘ view of Rambaldi. He soon abandons APO, joining up with Elena.

During the hunt for Elena, they rescue Irina, who was believed to be dead, and Nadia finally meets her mother. The trail then leads them to Sovogda, Russia, where Elena has deployed a gigantic Rambaldi device, which has turned the infected inhabitants into, basically, zombies.

Nadia is part of the APO squad sent in to deal with Elena, but she’s separated from the others, and captured by Elena’s men. Elena then infects her, sending her to stop Sydney from deactivating the device. They fight. But when Nadia gets the drop on Sydney, she’s shot by her father, who’d changed sides again.

Returned to America, Santos is kept comatose as they try to find a cure for her. It is determined that she was fully aware of her actions while in the altered state, but unable to control them. She’s awakes briefly, free of the infection, but quickly relapses again, as Prophet Five try to convince Sloane to work with them.

When they’re satisfied with his work, they finally give him the full cure, and he wakes her up, fully cured.

She gets to meet her niece, Isabelle, and tries to mend her relationship with her father. When she finds him still involved with Rambaldi, however, she angrily confronts him. During the heated argument, she throws a page of the Rambaldi manuscript on the fire.

As her father rushes to retrieve it, she tries to restrain him, but he pushes her away, sending her toppling through a glass coffee table. A shard of the glass ends up in her neck, killing her.

Spirited and stubborn, Nadia is open and emotional, despite her upbringing. She wants to trust people and have family around her. She doesn’t like being lied to or used by those she trusts, and can be slow to forgive.

While still relatively new to the spy game, she is still fairly confident when going into dangerous situations, and is more than competent at maintaining a cover story.

As an agent of the CIA, Nadia had access to their resources when on missions. Sometimes her job requires that she kill those who present a threat to her country, and the CIA provide a measure of protection from legal repercussions (and loss of HP awards), so she has the ’Licence to Kill‘ Advantage (found in the literary James Bond write-up on WORG).

CIA contacts also allow her the Omni-Connection Advantage, along with a Low-level Connection to the CIA. She also has access to more resources than on her own, having effectively 10 APs of wealth, provided she can justify it as necessary for her mission.

She has a level of authority provided by her position, along with the associated responsibilities, and so has Medium-level Government Credentials.

If she goes rogue, she could expect the CIA to bring their resources to bear on trying to bring her in, giving her the Enemy Drawback.

Under the effects of the Muller Device, she was overridden with a homicidal rage, which forced her to attack any non-infected individuals she came across (SIA). Infected individuals do not use ranged weapons, and are always engaged in killing combat.

The only physical manifestation of the change is that the victim’s eyes are extremely bloodshot (Creepy Appearance). 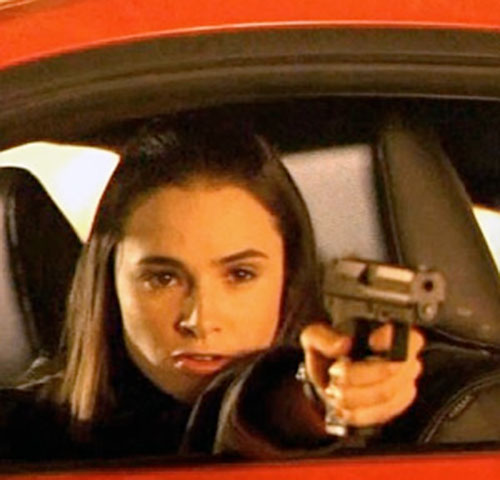 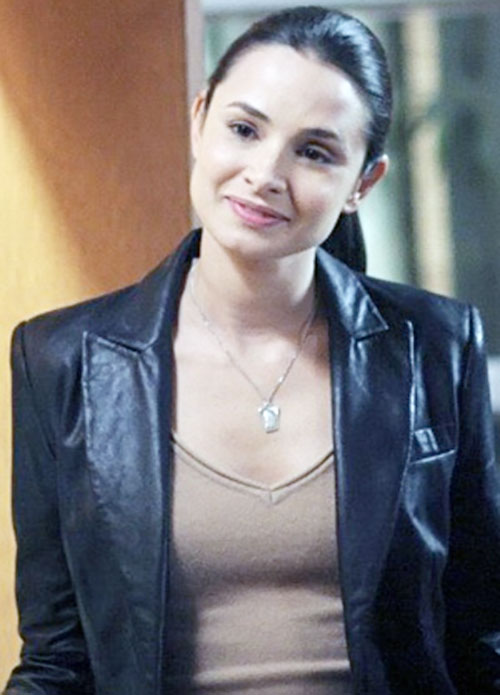 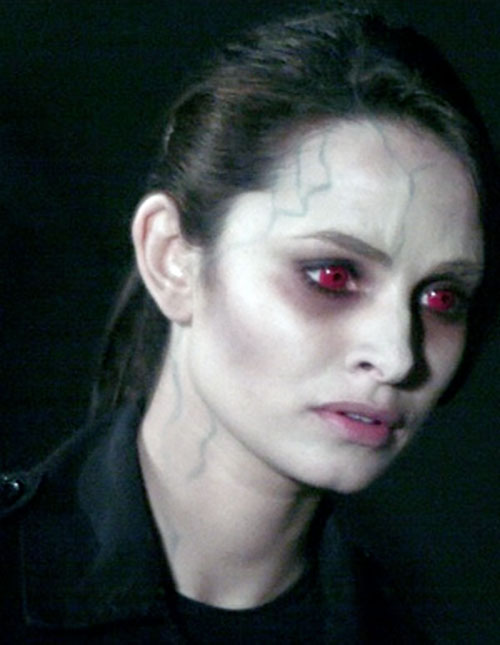