Nails is from an elite, but not super-powered, cadre of S.H.I.E.L.D. agents. These guys appeared in 2000, but were seen but once after that.

Nails did get a small appearance without the team, though. Seeing her pop up in that story was a nice touch. 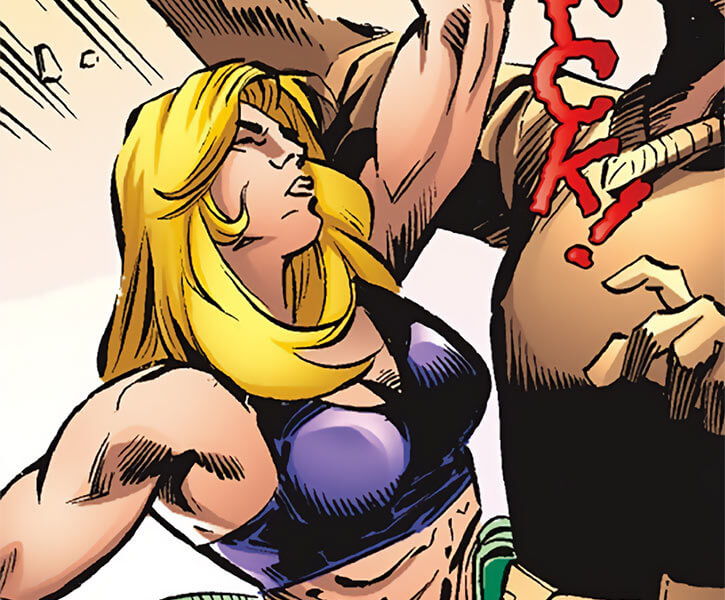 Joanie Eaton was a tall, obese American woman. She became fed up with being taunted about her weight and worked out obsessively.

She was eventually recruited by S.H.I.E.L.D. and joined a special cadre. It was the elite agents team that was assembled by Sharon Carter while she was S.H.I.E.L.D.’s Director.

In the first, they were sent to recover an advanced S.H.I.E.L.D. flying car that had been captured by Hydra forces.

The window of opportunity being very short and Hydra forces being numerous and well-armed, Carter chose a small, fast force. These could board the prototype car and fly away before the opposition could react.

Dum-Dum Dugan was concerned that the Elite Agents might be too green and their non-regulation equipment too untested. Nevertheless they performed well, accomplishing all objectives without a scratch.

Though the Elite agents presumably never learned it, one of the reasons Carter wanted to recover the vehicle was to destroy the CD in the recorder. This disc had extensive footage of Carter and Captain America (Steve Rogers) making love in the rear of the car, from a security camera that had been unwittingly left on. 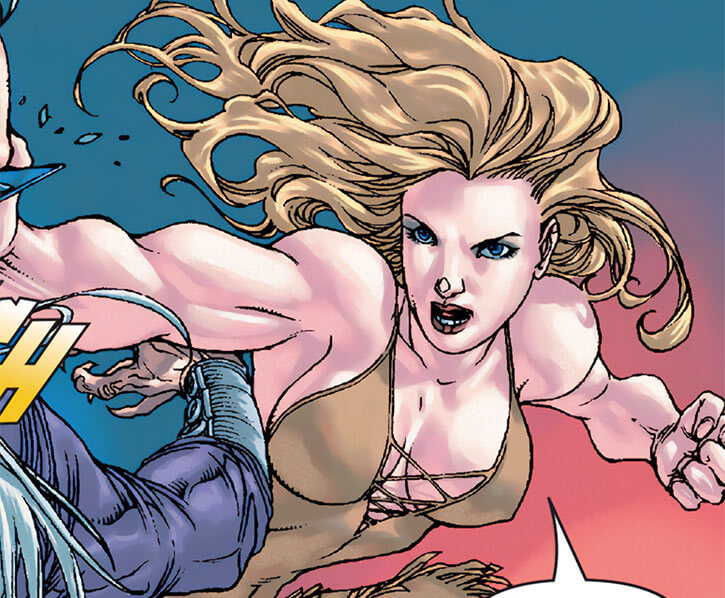 The second documented case occurred years later. The Elite Agents escorted Dum-Dum Dugan as he confronted the Thunderbolts. That was in the wake of the T-bolts’ clash with the version of the Masters of Evil assembled by the Crimson Cowl.

Though the Elite Agents were obviously outmatched, Dugan correctly estimated that they wouldn’t be met with deadly force. Thus, he sent them after the dispersing ’Bolts to do what they could. Remarkably enough, some Elite Agents came close to capturing their quarries. But they ultimately returned empty-handed, yet unharmed.

Agent Eaton was later sent on a non-Elite-Agents job. She was a bodyguard for Tony Stark during an operation against Hydra forces.

She and two other female S.H.I.E.L.D. operatives whose appearance allowed them to pass for high-priced escorts (Agent Jones and Agent Senyaka) accompanied Stark to Madripoor.

During the operation, Agent Eaton was struck by Bloodscream. That left his signature hand mark on her upper sternum. Presumably, Nails later had minor surgery to get rid of that wound.

A ripped blonde with long hair, washboard abs and an attitude.

She probably has one of ’em’ Southern US accents, since she says “y’all” on occasion.

Tough as nails, obviously, and brave.

Nails prefers to be called by her callsign. Perhaps because her family name reminds her of childhood nickname “Joanie Eaton-a-lot”.

“And if there’s one thing I hate, it’s someone taking advantage of my delicate femininity !”

“Hand-to-hand’s my speciality, sir. One punch, one kill.” 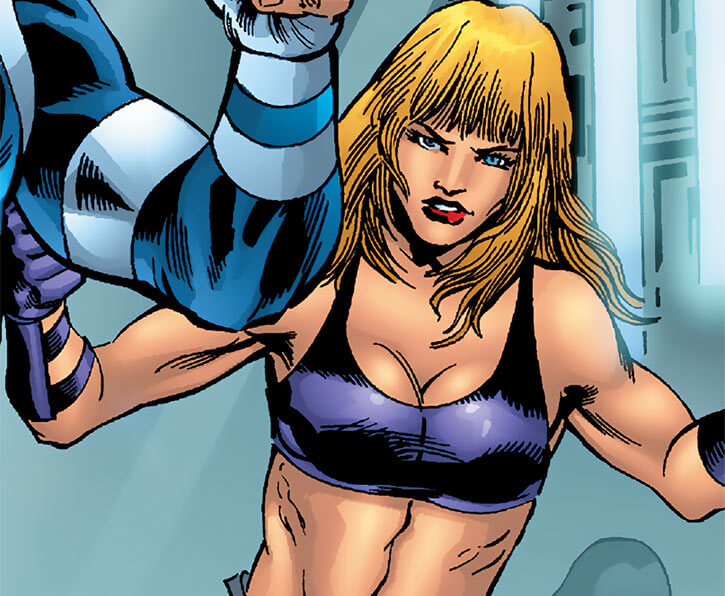 Nails prefers to sub her Martial Artist for EV, delivering bone-crunching punches. She will often spend a few Hero Points on her AV and OV both when fighting bare-handed. 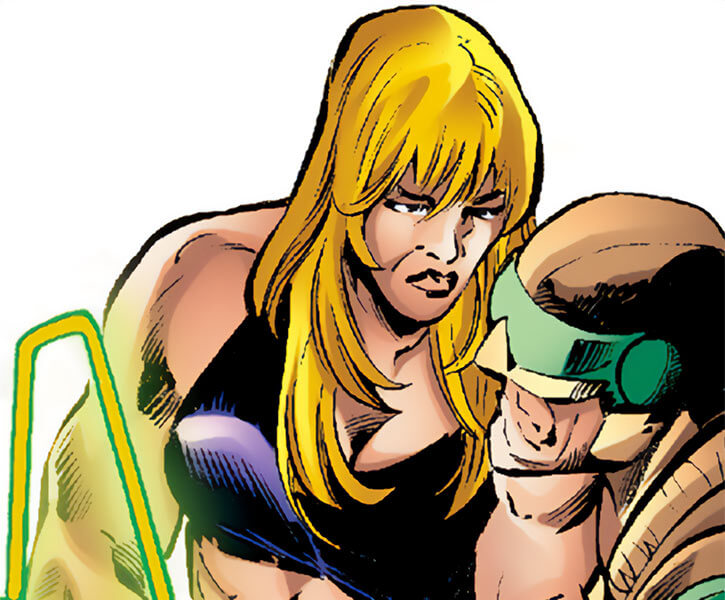