The White Witch is not, like some would expect, a traditional magic-user. She is, however, a formidable fighter, a decent general and a dreaded tyrant.

One of her most fearful weapons is her elaborate rod. Wielded like a sword, this rod will turn any living creature to stone with but a touch. The roar of Aslan could bring back those victims, though – for whom no time had elapsed.

The Jadis from the books has superhuman strength. If you watch the movie closely for that specific aspect you will see it :

Our game stats thus feature an ambiguous strength score, so she’s superhumanly strong but won’t be running around throwing cars either.

While on Charn Jadis was clearly a spellcaster. On Narnia the situation is much much more low key. Facts :

A fan cut with much of the Jadis footage in the first Narnia movie.

How the White Witch came into power is not recounted in the movie. She has, however, ruled for a hundred years, plunging Narnia into a winter as cold as her heart.

She relies on winter creatures — orcs, trolls, wolves, white tigers, minotaurs, giants and the like — to enforce her rule, and her secret police is composed of talking wolves commanded by the cruel Maugrim.

Some rebels commanded by the lion Aslan existed beyond the frozen river, but all knew, through a prophecy that doesn’t really rhyme, that the Witch would not be defeated until two sons of Adam and two daughters of Eve would come to Narnia.

While the background of the White Witch is left unexplored in the film, it is presumably similar to the one in the books, since the adaptation is pretty faithful.

Essentially, she is a sorceress, originally hailing from a third world (neither Earth nor Narnia) called Charn. She was its sole survivor after unleashing the magical equivalent of Mutual Assured Destruction – a spell known as the Dolorous Word.

Charn was an old world, with a red sun, at least by the time children from Earth visited and accidentally freed Jadis (the White Witch) from suspended animation. She then hitched a ride with them — first to Earth and then to Narnia at its beginning. Once in Narnia, she immediately became the local equivalent of the Serpent in the Garden.

Jadis is a unique blend of seductiveness and cold cruelty, with a particularly intimidating glare.

The movie rendition is different from that in the novel – the literary Jadis was a dark-haired giantess (about 7′).

The Witch is a cold, evil, angry ruler. While she is naturally manipulative, she has a terrible temper and doesn’t handle frustration well. Even when she was being all sweetness and honey to seduce Edmund, she had visible flashes of anger whenever something wasn’t going her way.

During the movie we do not see the Witch rule, but rather react to threats to her rule. She will haughtily kill anything that gets in her way, and bring terror and destruction to anything standing in her way.

She will not hesitate to call on the rules of the Deep Magic, the fundamental rules that bind Narnia, but has no honour. It is in fact possible that her very nature can only make her treacherous and temperamental, and does not allow her to understand honour and genuine kindness.

In particular, she is incredibly spiteful. In the books she would gladly destroy everything in the world to get back at her sister.

The Witch is pretty much a pure example of the Power Lust Motivation. She needs to dominate everything, no matter what the cost, no matter what the consequences. This is her nature, and the notion that something might have a hold on her (such as the prophesied children of Adam and Eve) looks weird and unreal to her. She prepared for it, but had trouble taking it seriously.

“You know, Aslan, I’m a little disappointed in you. Did you honestly think you could save the human traitor ? You are giving me your life and saving no one. So much for love. Tonight, the Deep Magic will be appeased, but tomorrow, we will take Narnia forever ! In that knowledge, despair… and DIIIIEE !”

“I have no need for prisoners. Kill them all.”

“You’re here because *he* turned you in… for sweeties.”

There is absolutely no reason that Narnia couldn’t exist as a mystical realm. Note that the White Witch, being an archetype from a very successful book, could quite possibly exist in the Dreaming.

The White Witch, Queen of Narnia

Source of Character: The Chronicles of Narnia: The Lion, the Witch and the Wardrobe (2005 movie). Character played by Tilda Swinton. 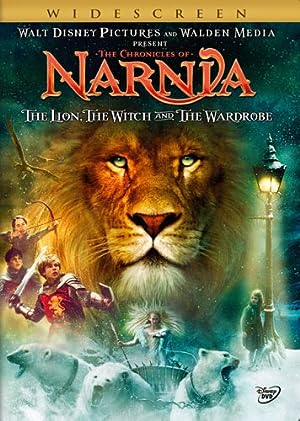 The Chronicles of Narnia: The Lion, the Witch and the Wardrobe (Widescreen Edition) 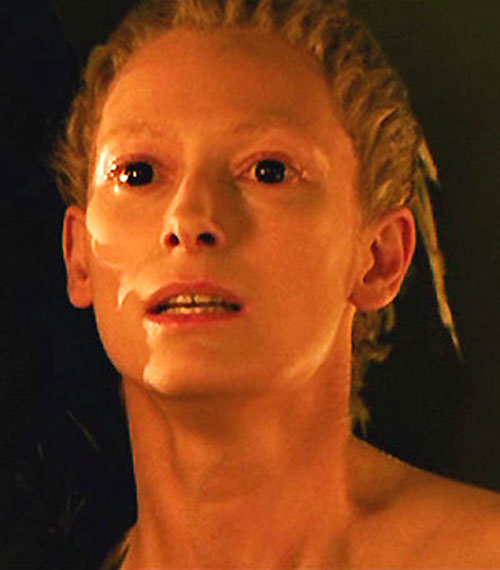 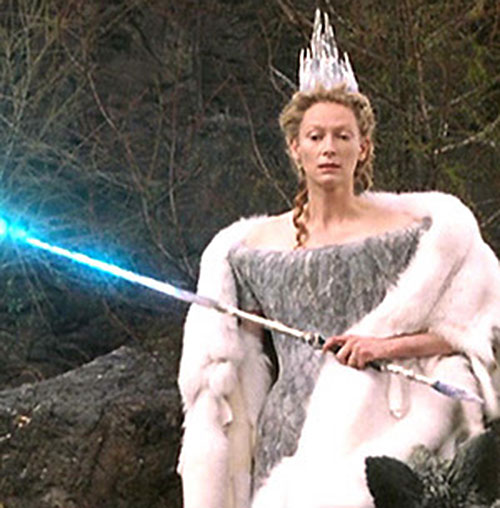 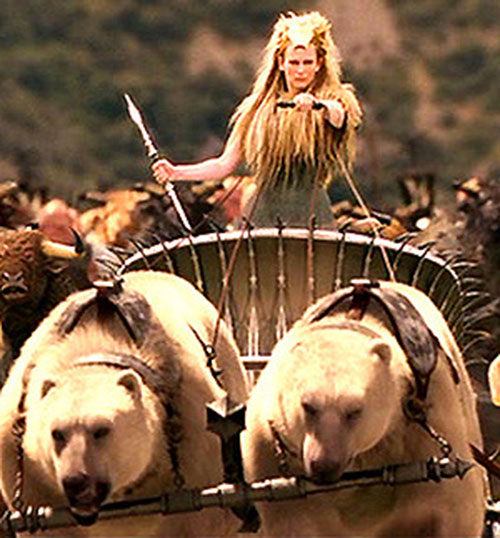 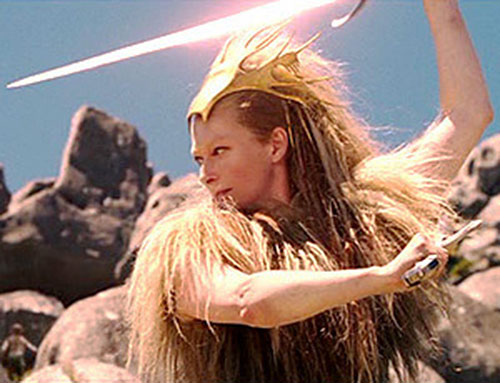 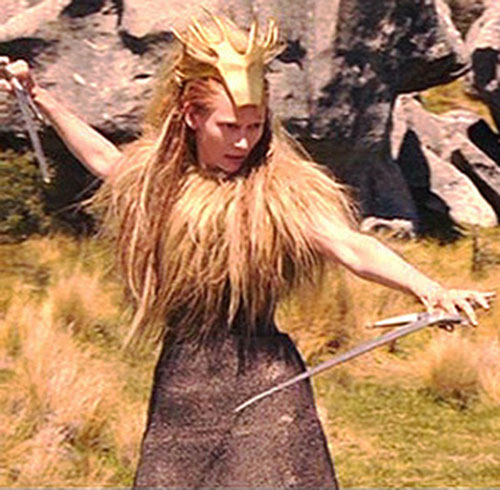