It is possible that he is the best field agent working for the UN, given the context. And he seems to have a lot of delegated authority since he’s often the only UN representative on the scene.

He also seems way more capable than the norm for the setting? It is a bit as if James Bond were dropped into Outland.

OK, maybe I should stop mentioning movies from 1981, but this one fits the story quite well and there’s a Sean Connery joke in there.

Next to his smarts, his main asset are his smooth but forceful social skills. Kane oozes control and authority, and most people like and trust him.

He’s also a hit with the ladies.

His main asset after that are his considerable technical skills. He’s not a real scientist or engineer, but he’s an excellent hacker and technology analyst with a knack for coming up with improvised solutions.

His main asset after *that* are his full-spectrum combat skills. These range from hand-to-hand to knives to guns and heavy weapons. Kane is fast, decisive, calm and precise and is confident in his ability to handle multiple armed men without getting wounded.

In fact, he will not use his weapons unless the odds demand it. He hates guns, and considers that having to use his own pistols is a clear sign that things have gone thoroughly wrong.

Kane travels light, with just a briefcase-size case. It includes his spare suit and some basics such as his pocket computer, a watch, a cell phone, etc.

Kane only mentioned one of their functions. His were programmed to instantly turn into a disc when the nose was in contact with metal, making them safe to use within a space station. Brilliant shells can be touched in a certain way to turn them into ordinary bullets, or back to brilliant programming.

Kane carries a pair of extra clips for his pistols.

Kane also has a box of “spikes”. Those small coppery tubes (about the size of a tube of lip balm) are thrown in the direction of the target. Once in flight they morph into a spike-like shape, and trigger their quick-burn miniature rocket engine.

Spikes are powerful projectiles, able to penetrate a space station’s interior wall. It is possible that they have some rudimentary target-seeking functionalities.

A hundred years from now

Kane operates “a hundred years from now”, in a corporate-dominated world which has a number of space stations all across the solar system.

It is reminiscent of several classic “cyberpunk  sci-fi with spaceships” environments such as Blade Runner, Aliens or Outland. But without that much grime, grit and desperation. 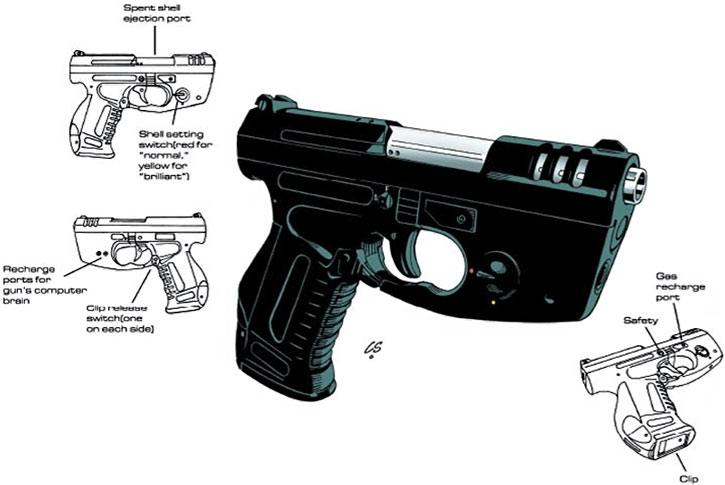 The UN is once referred to as “the state”. But Kane also mentions the possibility of “nation-state interference”. The UN is thus likely not an actual world government, but something closer to a Federal layer, with enforcement powers over strategic issues such as weapons of mass destruction.

The major corporations are almost as powerful as the UN, and there are more of them. The largest corporation may be the Doors Corporation, clearly patterned after Microsoft . Doors OS is the most common OS by far and everybody hates it.

State of the art technology includes :

The tech in much of the setting feels 2050-ish, but the tech having to do with space exploration is significantly beyond that. New York City to the Moon is a shuttle flight, but Deimos (which is being hollowed out by miners) to Europa took a week.

One random person mentions she sees a book for the first time in her life. However, people with a better education are familiar with those.

Kane’s father was a space exploration fan. He introduced his son to the history of rocketry and aerospace programs. Kane has some sort of training in technology – it is possible that he started studying as an engineer.

The day after “New York” (presumably a metonymy for the UN) banned handguns, Kane’s father was fatally shot in the street with one such now-banned weapon. This tragedy directly resulted in Kane joining the UN to become a weapons inspector. 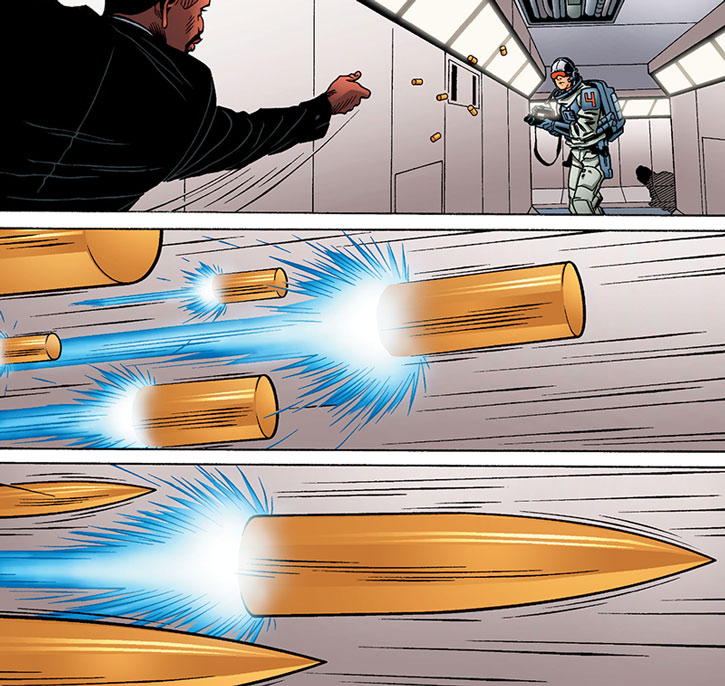 Kane apparently became the most capable such inspector. Even though it was a job that included no shortage of deadly violence and required exceptional skills. He repeatedly clashed with mega-corporations illegally developing WMDs.

One day, the Security Council had an emergency meeting and sent Kane to Europa, a moon of Jupiter featuring a vast ocean under a thick ice crust. The situation there was particularly sensitive and might determine humanity’s future… or lack thereof.

He, of course, gets all the girls — but he’s not predatory about it — and he always wins.

Kane is a peacemaker, and optimally can solve situations through dialogue and negotiation. He will seize any opportunity to do so, or even create it by hacking into hostile communications so he can talk with their leaders.

However he’s realistic and experienced. Kane can recognise when it’s just not going to work out and he has to employ violence.

Police: “Why didn’t you use your guns ?”
Kane: “I hate them.”
Police: “Right.”
Kane: “No, I mean I really goddamn hate them. Guns screw people up. Even picking up a gun screws people up. That’s why I’m a special weapons inspector. Because it means I take guns away from people.”

“I think that [bit] comes under the heading of ‘Nathan Kane’s painfully crappy luck’.”

“Nah. Being unslept and cranky kind of suits me to the job at hand.”

“It’s simple as this. Your corporation is not going to have access to whatever is under the ice. Accept that and we’ll move on.”

“If I can use them to hack into one of their probes, I can ride their communication beams right into the control systems of one of those guns.”

“On my mark, I want you to shift the gravity field in this section 180 degrees.” (reloads his guns whilst under cover) “Mark.”

Kane: “Strap yourself down quickly. This is going to be extraordinarily painful.”
Engineer: “Will the straps help with that ?”
Kane: “No.” 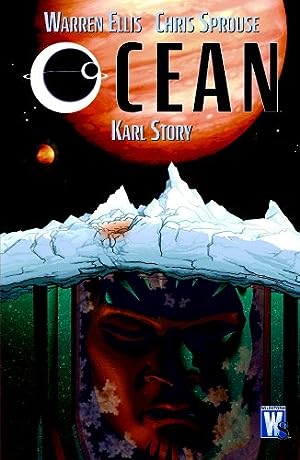 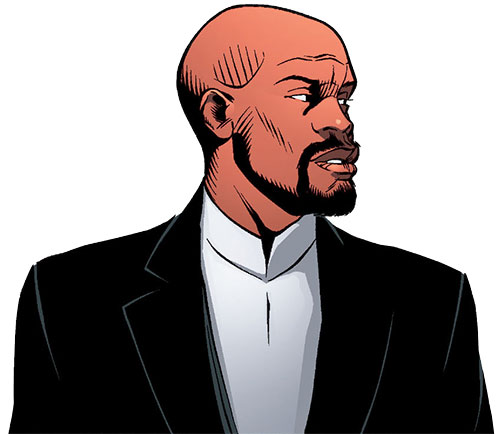 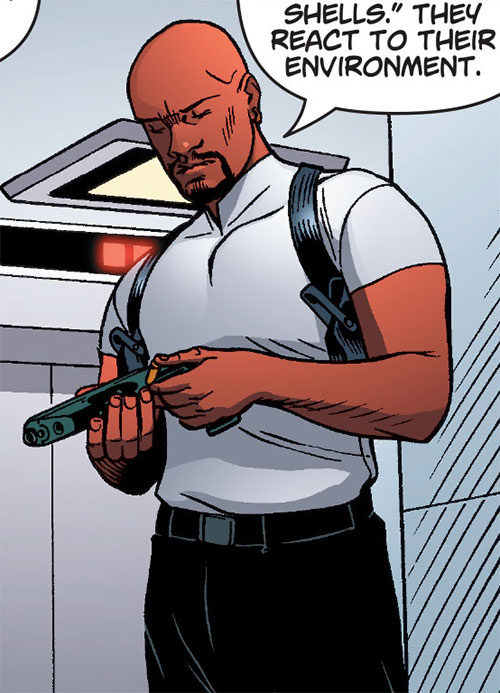 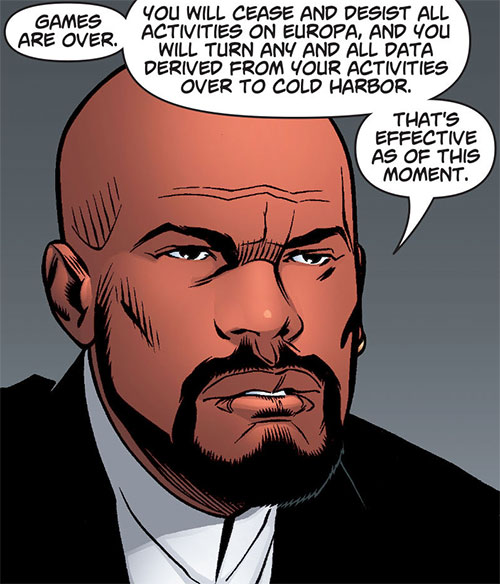 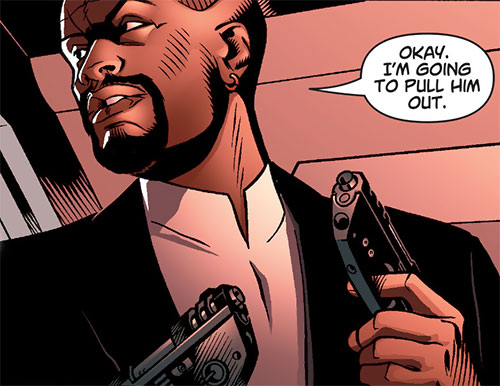