Necromancer has an immense talent for magic, and was taught by the Ancient One. This makes him the equivalent of Earth-616’s Doctor Strange. Furthermore, he absorbed some power from Eternity itself.

On the other hand, Necromancer lacks various assets compared to Doctor Strange:

Like Strange, Necromancer is a brilliant surgeon. Unlike Strange, he focuses his skills as an occultist on chaos magic and necromancy.

Just like Dr. Strange, Necromancer started out as a brilliant surgeon. After the car accident that destroyed that career he left for Tibet to find the truth, and ended up a disciple of the Ancient One.

However, Necromancer, unlike Dr. Strange, started his mystical career by killing Baron Mordo as revenge killing the Ancient One. His mystical and moral training was thus interrupted. Furthermore the Ancient One, who had sensed a streak of ruthlessness in Necromancer’s soul, had taken the precaution of not yet teaching him about other dimensions.

The left hand of darkness

Without guidance, Necromancer first adventured as a ruthless hero and magic user. But he eventually became corrupt and tried to conquer the world in order to control it. Instead of becoming a champion of Order, as he had started training to become, he succumbed to Chaos, and soon mastered the dark forces.

Having only limited access to mystical tomes and no knowledge about other dimensions or their entities and gods, he was limited. Presumably, he does not use the Vishanti entities for magics, although Ikonn, a very early connection, should apply. Necromancer instead uses demonic entity connections for his powers and spells.

Still, his potential was as great as that of Dr. Strange. While he was entrapped in the dimension of Eternity, he grew in power, even beyond that of Dr. Strange himself. Necromancer, thus, is quite on-par with Dr. Strange, but filled with power lust and with little hope of redemption.

For a fuller history of the Necromancer, see his marvunapp.com entry.

Necromancer, being genetically identical to Dr. Strange, is a tall and somewhat thin man. He seems to be in his early 40s.

He wears a costume identical to one of Dr. Strange’s early heroic costumes; blue tights, a blue tunic with a gold sash and a black demonic bat on his chest, light blue gloves with a pattern of black leopard spots, light blue boots and a light blue full-covering head mask with yellow eyes.

He also wears a large red cloak with high-backed collar and golden trim on the edges, looking just like “The Cloak of Levitation”, giving him an all around impressive outlook.

It is assumed that he looks identical to Dr. Strange behind his mask.

Necromancer is a ruthless and very powerful sorcerer. He regularly chooses to dramatically gloat before killing his opponents. Like a true evil magician he prefers to be surrounded by demonic underlings or enslaved enemies.

There seems to be no trace left of the formerly good man that he once was. The streak of ruthlessness that he had is now in full bloom. If he gains a great victory along his minions, he will generally reward them by allowing them temporary freedom to wreak any havoc they choose.

Mine is the power!

Necromancer believes himself superior to Dr. Strange, and thus to any human magician in the Earth dimension. He boasts of greater power, which, after his entrapment in Eternity’s dimension, might be true, and that he even met Eternity himself long before Dr. Strange first did (which seems to be a lie).

Necromancer seems to ignore the fact that he is less experienced and knowledgeable than Dr. Strange. It seems important to him to best his counter-part, Dr. Strange, to show who is the real deal. In fact, he intends to take the place of the real Dr. Strange when it becomes feasible. No doubt, he suffers from delusions of grandeur.

Necromancer needs no allies, he just needs demonic underlings. His long-term plans for the Earth appear to be to control it completely using black magic and a horde of demons. Any potential rivals will be immediately terminated, and he even believes that doing so is a simple matter.

Unless he were opposed by the best, being a powerful and intelligent, although delusional man, he would actually have a chance of carrying out his plans.

“And perhaps there was another of you, as well, even on my homeworld – on Counter-Earth !”

“So commands Dr. Strange, master of the mystic arts !”

“Can we spell ’Doppel-gänger” boys and girls – with or without the correct German umlaut over the ‘a’ ?”

Necromancer is an evil version of Dr. Strange, and should preferably be used together with any setting one might have created for Dr. Strange in the DC Universe.

If he is a real doppel-gänger, Necromancer could be a creation by Luthor’s perfected Bizarro-technology, or, even better, a cloned Dr. Strange created by Darkseid himself.

Notes:
Many of these Powers receive AP bonuses from Necromancer’s Mystic Entity Connections — see the New Rules section for details. The Necromancer regularly employs no aspect of the dimension travel powers, with the exception that he sometimes uses his powers to summon demons from various dimensions.

Drawbacks:
Miscellaneous (Hand Tremors — When Necromancer uses the Surgery Subskill of Medicine add +2 CS to the OV/RV), Secret Identity, Miscellaneous (Dimensionally stranded – The Necromancer has very limited knowledge about other dimensions, and may not attempt to use his magics to travel/summon/banish between dimensions unless he learn alot about the existence of said dimension during the course of his adventures).

(For more on this material, see our guide to Marvel magic.)

“There is more to the study of mysticism and the occult than most people might even dream! In the mystic order to which I belong, it is indeed written that practitioners of the mystical arts must choose a disciple or disciples, to insure the continuity of the struggles against malefic forces, but only at such a time that it is fitting and proper !”
-Doctor Strange, Sorcerer Supreme of the Earth Dimension

The Magic Rank Advantage is a measure of the Character’s status within the mystical community. The character’s rank determines what abilities he may possess. A member of a lower Rank will usually heed a member of a higher Magic Rank, unless they are a member of an opposing school.

To defeat an opponent of another school is considered glorious, particularly if the school opposes the character’s own and the opponent is of higher rank.

In the Marvel Universe, a character will, by experience, upgrade a Ritual into a full Mystic Power (which are always mystic linked). If using the rules below free slots for powers or rituals may be created by upgrading a ritual or downgrading a power into a ritual. When getting permission to increase Magic Rank to the next level the full cost has to be paid.

The Master spends very little time with his mentor (who is probably now of the same rank as the character), but much of it in contemplation, study, and adventuring. If he qualifies, he may find a student of his own to teach.

Cost: Equal to a Powerful Connection plus 5 HPs for every two Powers listed) 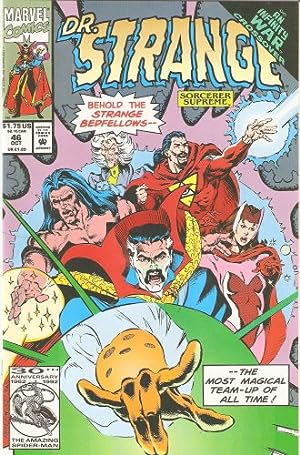 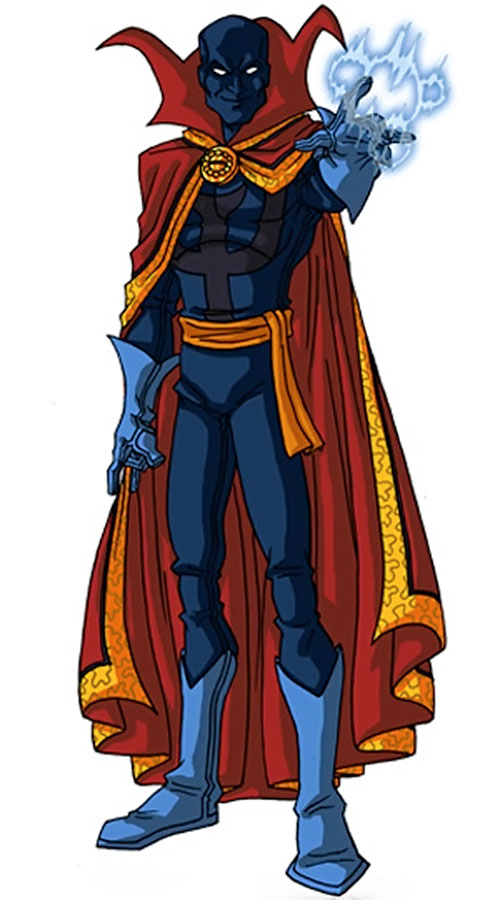 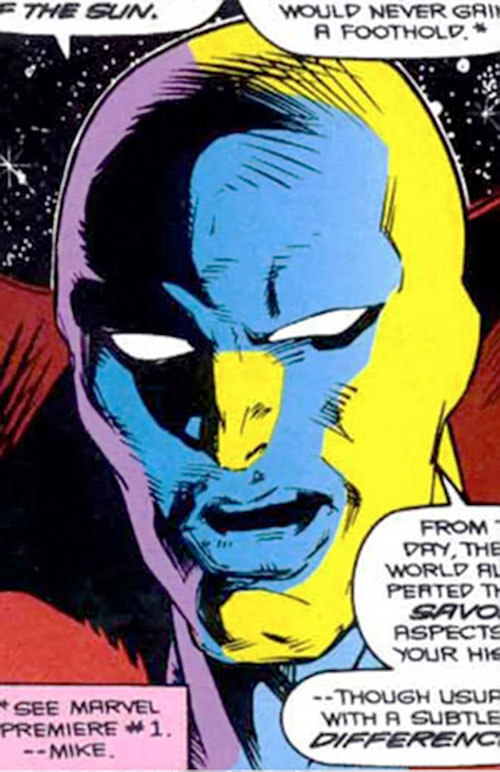 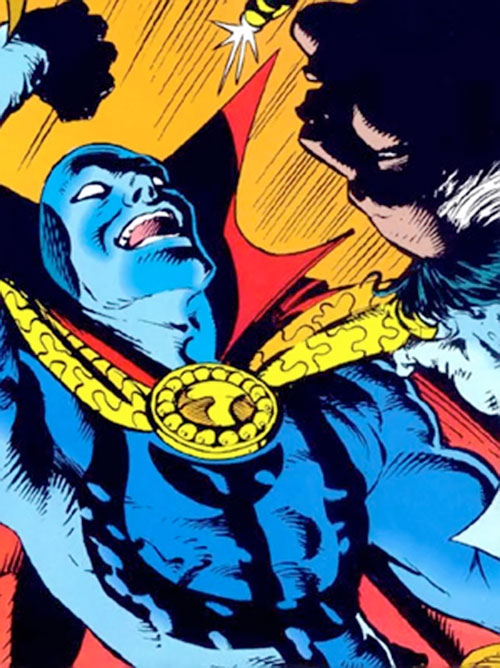 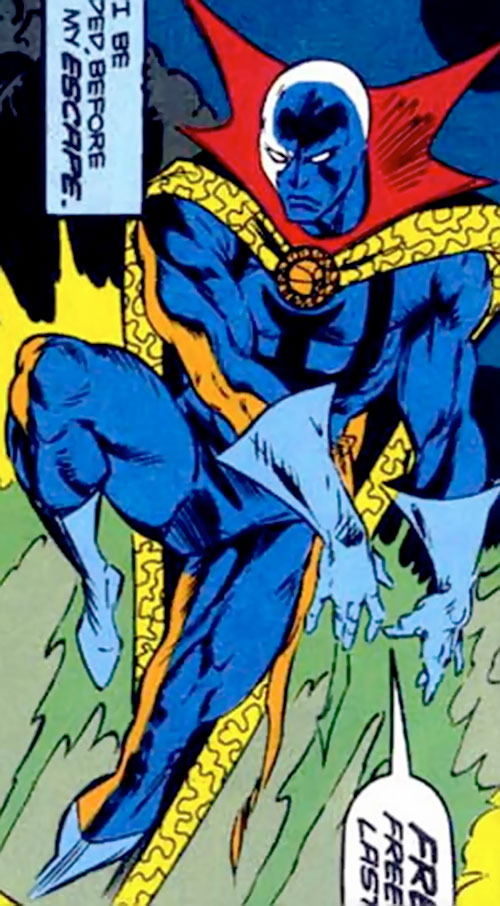 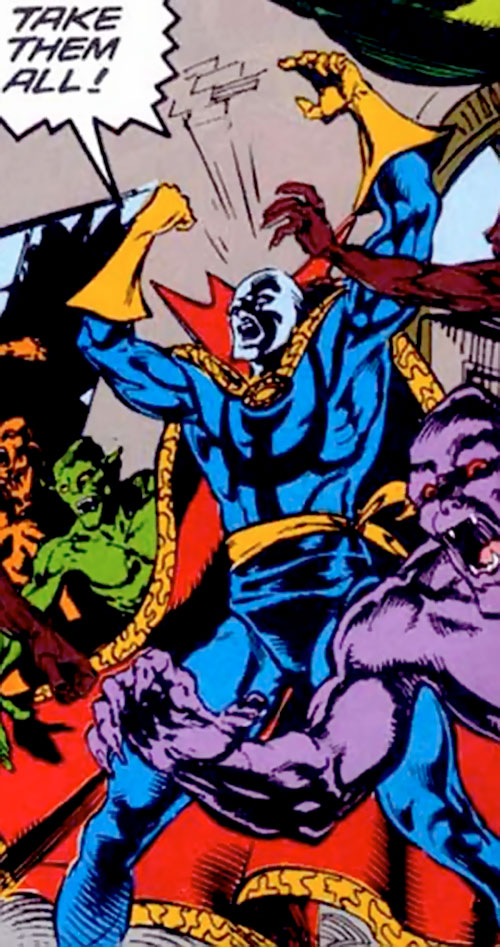