While it wasn’t well-received in all-quarters, it had a semi-lasting impact on many super-villains by amping their power level in exchange for their soul.

This rough set of stats was lobbed at us by a passing reader (who was that masked man ?) and heh, why not.

Equipment:
Candles (BODY 6, Dimension Travel 10 (can only be used to travel to underworld)), Jar of Souls (BODY 30, Spirit drain: 30 Note : Is The Source Of Neron’s Power, if the Jar of Souls is broken , the character that broke it is attacked by its spiritual drain for 3 turns ; if reduced to -SPI he is drained and the jar of souls is recreated intact.

Note:
Neron has won (without any effort) a hand to hand fight with Mongul what justifies his high physical attribute.

Note:
I’m not sure if Neron has omni power or sorcery, I look at Lucifer Morningstar and all demons in the Hell’s Hierarchy they have sorcery, so Neron should have it to … 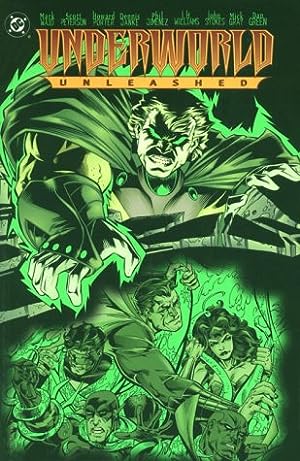