Network is a powerful telepath.

She is capable of “Ghosting” individuals, forming strong psychic connections, which they may be unaware of, to them so that she can maintain a telepathic watch on them. This can also allow her access to skills they may possess. Network can sometimes cause her to take on some of their characteristics, but also leaves her vulnerable to any psychic controls they may be under.

Her entire race is telepathic, and as such has never developed any other form of communication, either verbal or written. Thus, it is only her telepathic powers that allow her to talk with her team mates. As a result, should her telepathy be suppressed, Taryn would be unable to communicate with the other Sovereigns.

Taryn is also a capable combatant. She wields a Sceptresword, a sword which can transform into a whip, which she uses to swing around on.

Network contacted Cascade and began gathering the Sovereigns. Fleeing the Rapture, they arrived on Earth, near the Crossroads Coffee Bar, situated in a town named after it. The bar is run by the sisters Pansy Smith and Violet Jones. It is larger on the inside than it appears from outside, with some doors within the building sometimes opening into other places, even other dimensions.

They came into conflict with the Female Furies of Apokalypse, causing damage to the bar as they fought. Afterwards they helped repair the damage and took jobs there.

Their first encounter with the strange properties of the bar came when Cascade disappeared through one of the doors. When they found her, she had been brainwashed and transformed into Nike by an unidentified opponent. Nike joined Zelus, Bia and Kratos. The used her to try to open an enormous set of doors.

The Sovereigns managed to free her from their control just before she fully opened the doors. These led to her home world and thus could let her mother Maitresse in.

They settled into their new home. They protected it from extraordinary threats, such as Dystopia, Deadline, and the super-powered serial killer Skin Dance. The latter was an old enemy of Crossroads’ sheriff, Molly Savoy, who had befriended the Sovereigns.

The team went searching for a couple of teenagers who had gotten lost in the Bar when the Sovereigns had a battle there. They travelled to their homeworlds. This is where they first clashed with Triage, a creation of Maitresse. He had been sent to retrieve Cascade and fight the Rapture.

Triage had empowered and brainwashed two allies. Cruiser’s fiancée Alyxandra Cobourg was transformed into Snapshot, and Colonel DeNoel, military commander on Rampart’s home world, was transformed into Siege. Sovereign Seven rescued Casey and Daisy, but Triage and his servants eventually followed them to Earth where they clashed again.

Network received a psychic distress call from a captive telepath, a slave of a company called allied with the Shogun crime cartel. She allowed herself to be captured by Chimera, an android serving Shogun, although she was actually in control. Network kidnapped Cascade and Conal Savoy, her boyfriend, as presents for Dana Efemilia Hanro, the head of Shogun.

The other Sovereigns, and Conal’s mother sheriff Savoy, tracked them to the island of Meridian. They arrived just as Network was carrying out her plan to free an infant telepath held captive by Shogun. Following their safe return, Cascade, feeling Network’s betrayal the keenest. She left the team, trying to start her own life in Manhattan. But she returned after a while.

Network encountered a telepath from the future, Saturn Girl, who was had decided to hunt her out while she was in this era. She was from a society of telepaths who reviled Network. Their history painted her as the most immoral of telepaths, whose actions had increased the distrust of telepaths in general. But they spent some time together, and parted as friends.

They again came into conflict with Zelus, Bia and Kratos. They had gained a new Nike, the transformed Power Girl. Sovereign Seven managed to defeat them and free her from the enchantment.

Soon afterwards they were asked for help when power-seekers released the Gatekeepers of the Abyss. In fighting them, Rampart was killed. Power Girl took his place on the team.

They became involved a civil war in the country of Kuristan, a neighbour of Russia. But it ended when the Rapture arrived on Earth. Despite having their powers suppressed, the Seven managed to repel the invasion.

While she is loyal to her friends, Network is willing to manipulate and attack them if she feels it is necessary to serve a greater good. This has placed a strain on her relationships with the other Sovereigns.

She is prone to flying into a feral rage if she believes someone is trying to remove her telepathic abilities.

“I have a language, it’s just not your kind of language ! I’m a reflection of the people around me. To function among the head-blind I take what I need from your thoughts. Be it skills, words, behaviour. You call it Ghosting. For me, it’s basic survival.”

“Telepaths don’t function in a vacuum, Finale. We’re surrounded by people who are always thinking. The objective is never hearing other thoughts, it’s shutting them out ! You do that by building unbreachable walls, or by learning to dance through the chaos.”

Advantages:
Iron Nerves, Omni-Scholar (requires someone in telepathy range that could be expected to have the skill), Scholar (Psychology).

Drawbacks:
Age (16), Exile (Voluntary), Guilt about the Meridian business, CIH of anyone trying to remove her Telepathy, Miscellaneous Drawback: (Without her telepathy she is illiterate and unable to communicate verbally), MIA to Conal Savoy, Mistrust (after the Meridian incident). 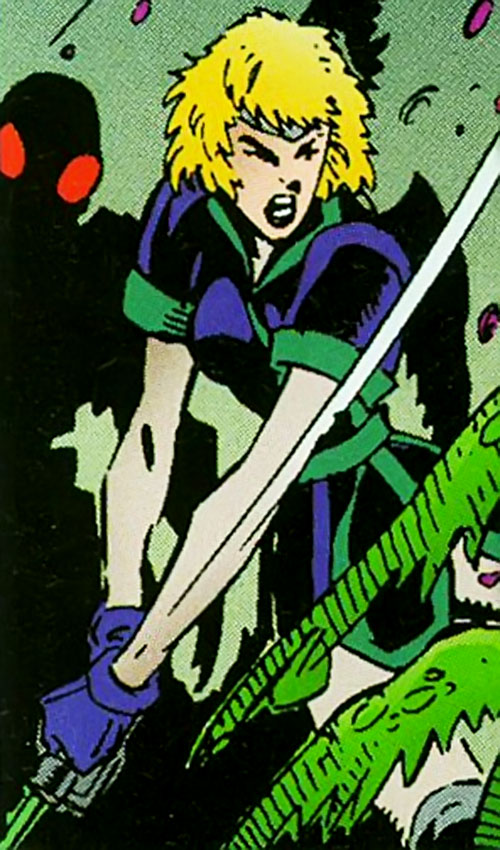 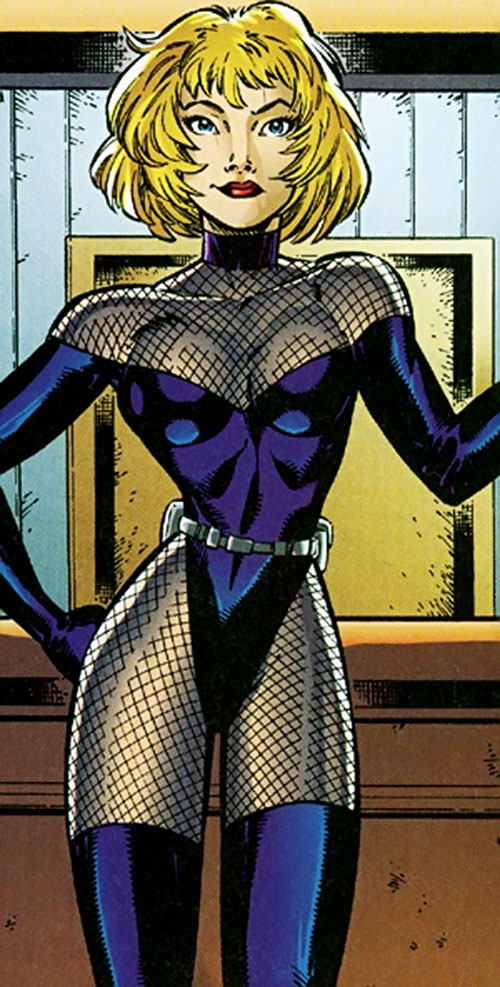 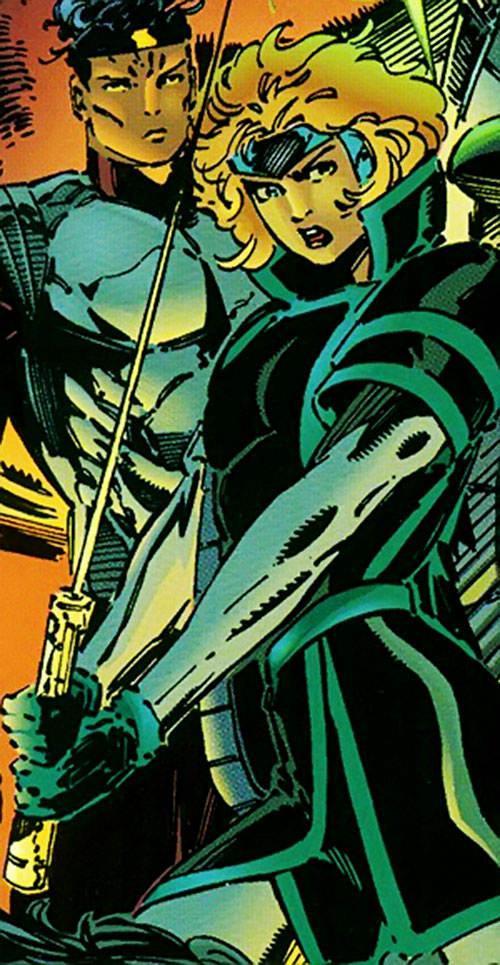