The New World Order is an organization initially founded by two men, Scott Hall and Kevin Nash. Calling themselves the Outsiders (no relation), they came to Atlanta, which had become a hotbed for superhuman activity. There, they publicly challenged the resident superheroes Sting and Lex Luger.

During this battle, they played their trump card and revealed their third partner, the hero Hulk Hogan. The nearly killed the two heroes, as well as another hero who had come along to help, the Macho Man. The newly formed NWO then left them for dead as an example.

Following this, the three villains went underground. Hogan changed his name to Hollywood Hogan so as to portray a new darker image. They came up with a plan to start seizing power, all under the master plan of Hogan’s. It involved recruiting as many people as possible as lackeys to do their dirty work, so as to forment chaos. So they let Freak hit the streets.

A number of people, both criminals and heroes came to the NWO in response to this super-drug that promised unlimited power to the user. The drug was a hit, and the streets were flooded with newly empowered people, all eager to test it. All they had to do was practically sell their souls to the NWO.

More and more people flocked to the NWO, willing to do a little dirty work for a little power. They also recruited criminal buisnessman Eric Bischoff into the fold as financial backer/ consultant. Even the hero Macho Man became enthralled by Hogan’s promises of power for a while.

Their main adversaries included the Four Horsemen, who didn’t appreciate someone trying to tread on their old stomping grounds of Atlanta. Also in the forefront was the Giant, a former member of the NWO, as well as Lex Luger, and Sting. Sting ended upbecoming a dark vigilante due to betrayals and a smear campaign done by the NWO to turn the other heroes against him.

Later on, the corporate hero Goldberg showed up onto the scene, effectively challenging Hogan physically.

Eventually, Hogan and Nash began to have problems with each other, causing Nash to form his own faction. He enticed the heroes Sting and the Macho Man into his group, as well as NWO mainstay Konnan, as well as the on again/ off again hero Lex Luger. By promising them revenge against Hogan, he had a small army on his side.

Hogan recruited the Giant back into the fold, as well as retaining Scott Hall.

But this was all just another scam. Soon enough, Nash betrayed his allies, reforming the NWO as a small unit of himself, Hall, and Hogan, with a small inner circle of Scott Steiner, Buff Bagwell, Lex Luger, and a small crew of wannabes they called the B-Team. They also later on recruited Jeff Jarrett, as well as temporarily brainwashing the legendary Bret Hart as a member.

Fortunately, Goldeberg was able to free him from the mind control, but at the cost of permanently injuring Bret. So in the end, it was a success for the NWO.

Hogan is waiting in the wings, as his partners take some time off for their own agendas. But soon enough, the NWO will rear its ugly head yet again.

One use of Freak can be enough to want to keep taking it. It’s effects are random, usually producing slightly increased physical stats, as well as unique powers based off of some psychological connection. One dose will usually last for a few hours, but it’s really hard to guess, as it reacts with each person differently.

Continuous use will usually result in greater effects, as well as more permanent abilities to be retained. The side effects though can be disastrous. They can ranging from addictive personalities to psychological instabilities to physical impairments. One only has to look at the Genetic Freak known as Scott Steiner to see what Freak can do when taken in excess.

This is a plot device, so do with it however you desire. If a PC decides to try it, remember that with this great power can come a great cost !

By Jessie Davis aka Stormangel. 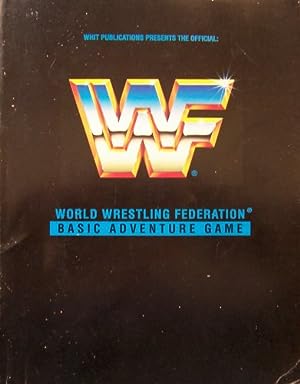