I have been grumbling in past months that Humble hadn’t recently one a comic books bundle that aligned well with writeups.org. Apparently they were building strength since they’ve come up with a particularly nice one.

*Of course* it happens right after I mentioned another good bundle of theirs. :-/ But heh, that’s an occasion to review and rework some long profiles to split them in two and republish them, so our front page doesn’t look awkward. Everybody wins.

So, yes. Anyway. The comics.

Image Comics is currently having an expo in Portland , which is what led to the bundle with Humble.

It’s the usual for Humble Bundle. You download the comics, they are DRM-free and multi-formats, you pick a price tier, and the lowest price tier is $1. Part of the proceed goes to charity, part of the proceeds go to writeups.org.

This bundle has four tiers, because it is unusually large.

For the out-of-touch, Image has long-since graduated into a high-end, authors-driven publication house.

It has a shedload of books. Thematically it ranges all the way from Bitch Planet to Spawn Origins, so if you manage not to be interested in any of it I don’t know how you’re achieving that.

It’s generally modern stuff we haven’t written about yet, in part because Peter hasn’t found time to write about East of West and I decided not to write about Rat Queens for now. The closest we get is with my Saga material (The Will and Lying Cat, and Izabel the Horror). And even those I now feel I should have delayed until there was more material.

When it rains, it pours… Okay, there’s also a Bandai Namco sales of Windows video games, via Steam keys.

Since we have Dragon Ball articles, and Naruto articles, and One Piece articles I have to mention it, since these are games from those properties. The “Tales of” series is also part of the sale but I haven’t written about it yet, plus some Sword Art games. 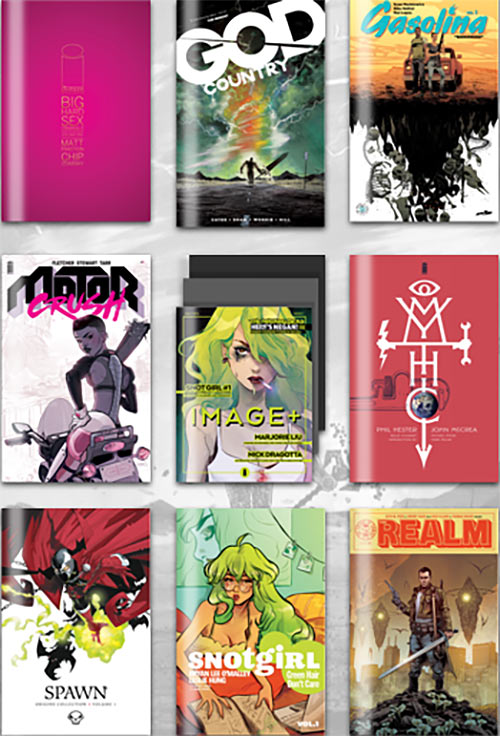