One of my regrets for writeups.org is that we have trouble finding *time* to expand and improve our manga (and animé) coverage. So these types of fiction are prolly not what comes to mind when one thinks of writeups.org.

Which in turn means that writing such articles leads to lower readership, since folks don’t expect them here. And that telling you about a robust offer on such books will interest fewer persons that it could.

This bundle’s higher tiers have two of the big, classic cyberpunk-ish manga stories – Battle Angel Alita aka Gunnm, and Ghost in the shell. Slightly lower in tier is a big pile of the much more recent, very popular heroic fantasy story Seven Deadly Sins.

Below that you have slightly less-established but still best-selling material such as Ajin (a revenant story). 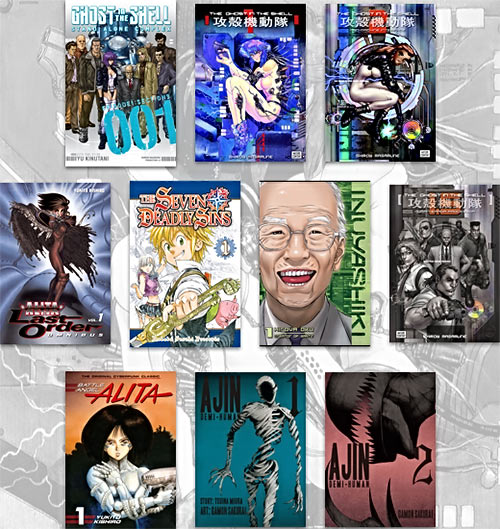