These characters appeared in the notable Grant Morrison 2005 Seven Soldiers meta-series. However, they are 1940s characters, modelled after the “band of kid rascals” archetype of the day. Said archetype is often associated with Jack “the King” Kirby, who depicted several such bands and drew from his own rough-and-tumble childhood.

The Newsboy Army plays several key roles in the precision mechanics of the Seven Soldiers plot.

This article summarises their shared exploits and tragedies, to avoid repeating info in every individual profile.

This 1940s group, also called the Newsboys from Nowhere Street, was a bunch of preternaturally talented kids.

They resembled such groups as the Newsboy Legion, Boy Blue and the Blue Boys, the Dingbats of Danger Street or the Green Team.

The team had many wondrous, exciting and exotic adventures. As Ed later put it, “we were cool”. 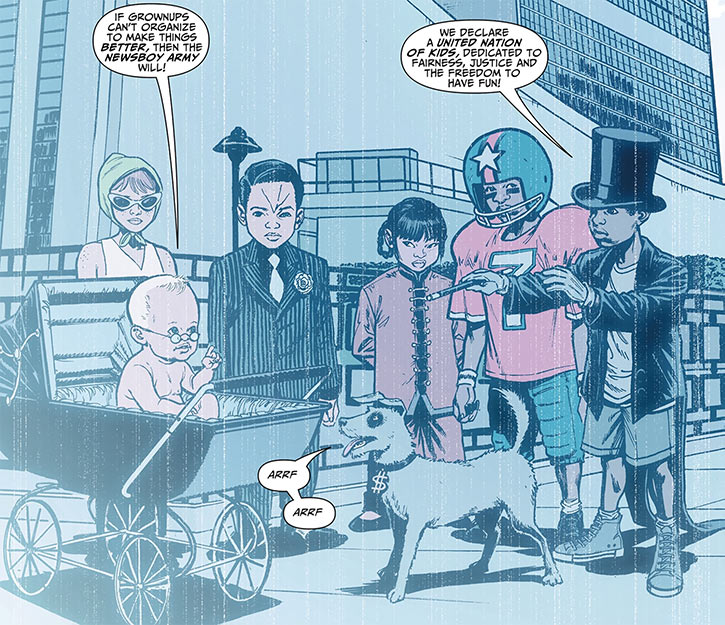 Using Millions’s money, they set up a secret HQ in a junkyard. There Baby Brain realised his dream — they set up printing presses and became publishers of the Nowhere Street News.

Their amazing adventures eventually stopped, though, due to a simple fact — there were seven of them (since Millions was counted as a full member by everyone). Thus, they were potentially the Seven Soldiers.

They were eventually manipulated into discovering the existence of the Sheeda. Their investigation led them to Slaughter Swamp, were they met the traitor among the Seven Unknown Men – the Time Tailor. The Tailor sewed special, horrible fates for them, and the team was soon destroyed under squalid circumstances.

All but Baby Brain and Lil’ Hollywood died.

Millions passed away from natural causes.

The pregnant Chop Suzi apparently died in childbirth or just after while she was but 14. Ace was killed by the others when he was accused of having raped and later murdered Suzi. Perhaps he killed her because she chose to give birth instead of having a back-alley abortion — there are no clues about this.

Ali went mad and died after studying real magic. But he later came back as a ghost.

Baby Brain, ageing normally yet retaining the body of a baby, became a reclusive freak. He lived in mortal terror of the Sheeda. Though he remained a hidden hermit in the heart of Manhattan, he managed to hold himself together by becoming Big Ed, publisher of the Manhattan Guardian. This paper presumably rose from the ashes of the Nowhere Street News. 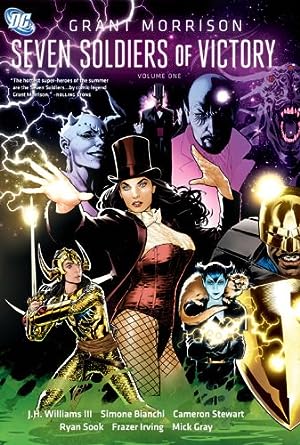 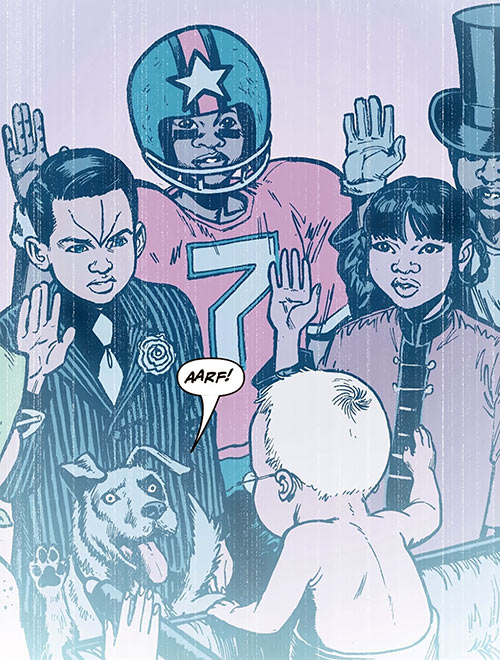