While Sister Grimm has no powers, she has the Staff of One. She has also proven to be a competent combatant, with the staff and without, and plays the tuba.

The staff of one

Nico has become bonded with the Staff of One, an ancient mystical artifact used by her parents. The Staff somehow disappears into Nico when not in use, and pops out of her whenever her blood is drawn, at which point she’s forced to say “When blood is shed, let the Staff of One emerge”.

The Staff shoots out from her chest, and if anyone is standing within 6 feet directly in front of her, they’ll likely be hit with great force.

She works the Staff’s Sorcery power by speaking a word or phrase describing what she wants to happen. Here are some examples:

For example, the second time she says “Freeze” she unleashes a swarm of pelicans on her targets, and when she tried “Fumigation” on the Swarm, forgetting she’d used it previously on the new Tarantula, she teleported herself and Karolina into the middle of the desert. 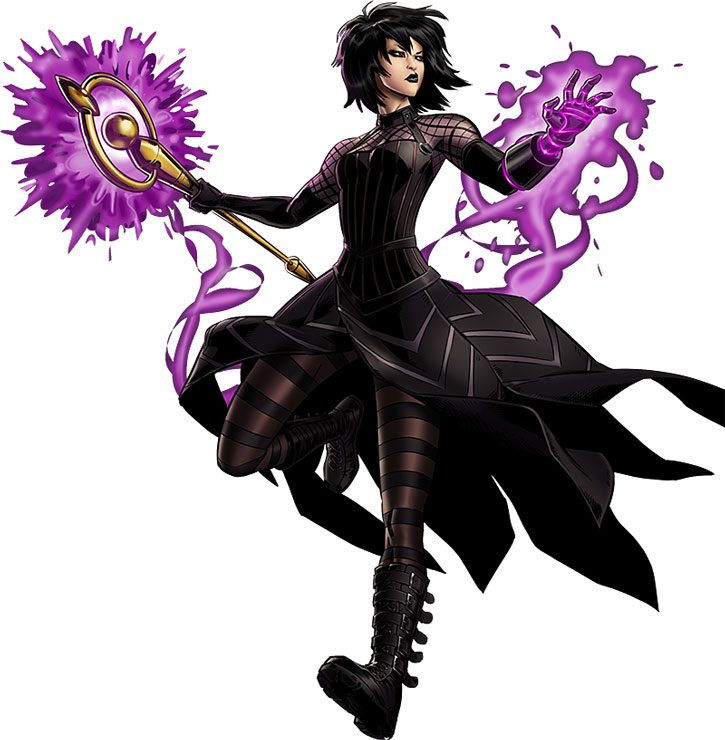 Ever since Nico’s encounter with her great-grandmother her staff has become erratic as she grows in power. It’s caused side effects which rebound on the team – such as causing a group of enemies to ’scatter’ around the world also caused division to develop within the Runaways as they were unable to get along.

Her intentions have also been misunderstood (“zombies not” was taken as “zombies knot”, so rather than transforming them back to human, it formed them into a giant composed of the zombies). It’s been theorized this is due to her getting to grips with her evolving power.

While the Staff has worked against others who tried using it, such as a friend of Nico’s parent who tried to use it against her, Chase was able to use it with no problem. So it doesn’t require any degree of skill to use, but trying to turn it on Nico will see it destroy the wielder (a dragon appeared out of the air to devour him and disappear).

Nico was the daughter of a seemingly respectable, well-off couple. Unbeknownst to her, they were mildly powerful sorcerers. They were also members of the Pride, a secret cabal of six couples who controlled a vast criminal network. They practically owned Los Angeles. She and the other children of the Pride ran away and tried to stop their parents.

During this time Nico and Alex became attracted to each other, although she soon got over this when he betrayed the team.

She reluctantly fell into the role of leader and heart of the team, mainly because she was the only one suitable for the role, and doesn’t always feel up to the responsibility. 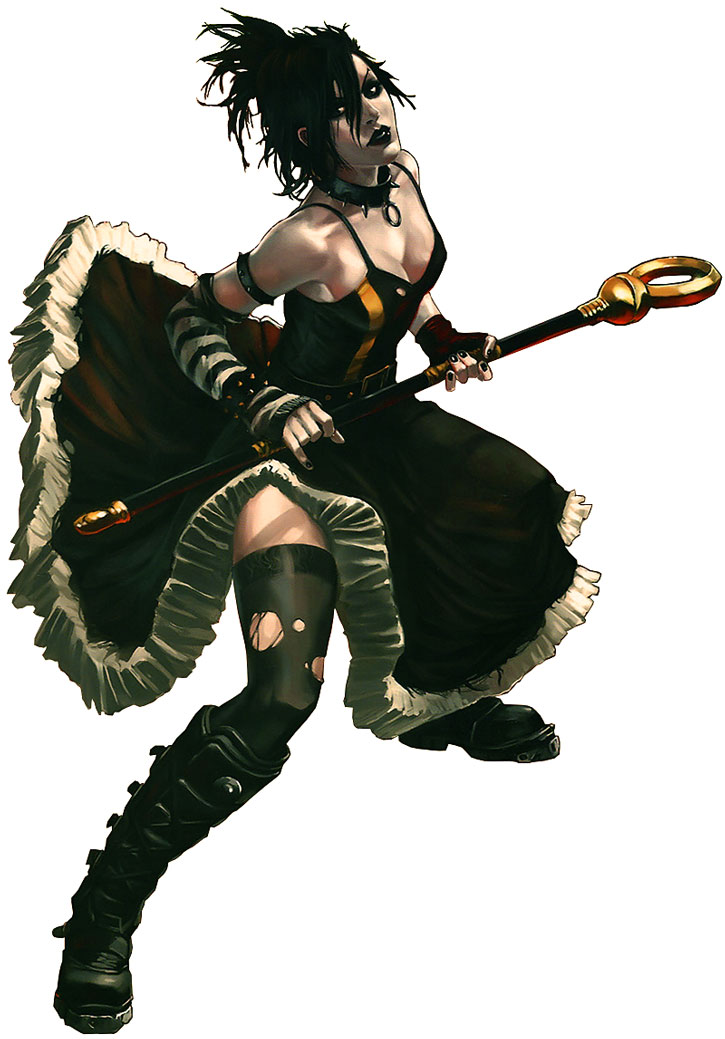 Still a teenager, she’s been subject to her impulses, and has suffered from attraction in her time. First with Alex, then the vampire Topher, then she made a pass at Chase, while he was seeing Gertrude, following a tense situation he got the out of.

She began a relationship with Victor, but during their trip to 1907 she noticed the instant chemistry between Victor and Spieler, and decided not to interfere.

During the trip to 1907 she was captured by the Upward Path, and handed over to the Witchbreaker. Witchbreaker revealed herself to be Nico’s great-grandmother, and proceeded to torture Nico in an effort to strengthen her abilities. While it may have done so, it has also left her abilities slightly uncontrollable as Nico comes to term with the changes.

Nico has developed a confidence in her role as leader of the Runaways, but she is still relatively inexperienced. She also makes mistakes, sometimes forgetting she’s already used a particular spell. She takes the role seriously, though, seeing the others as being her responsibility, which often leads to her being serious and an authoritarian.

She’s concerned by her tendency to be attracted to men, especially the wrong men, and has started to control these impulses. She tends to be guarded around new people, and she distrust adults on principle. 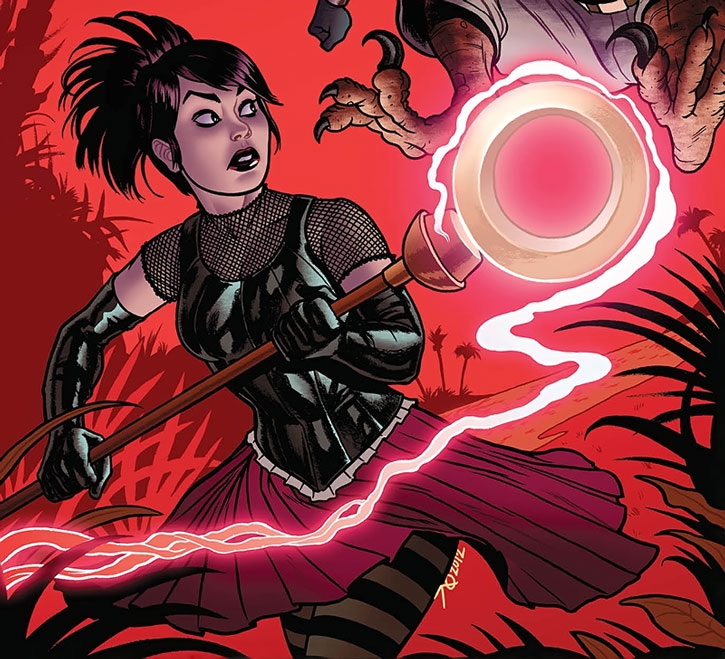 “People always say teenagers think they’re immortal, but I… I don’t think that. I mean all I ever think about is death. When my mom jammed that staff-thing into my chest, all I could think was… I’m surprised I even lived this long.”

Victor: “Can’t you use a shrinking spell to knock that guy down a few thousand pegs ?”
Nico: “I already used my reduction incantation on Mole Man when he attacked Silverlake a few months ago.”
Victor: “Mole Man ? He’s, like, already four foot tall !”
Nico: “I thought it would be ironic, okay ?”

Witchbreaker (Nico’s great-grandmother, in 1907): “I am going to hurt you some more. Do you understand why ?”
Nico: “Because you’re evil, insane, have no friends and no life and nothing to do ’cause they haven’t invented re-runs of Golden Girls  yet ?”

“Call me ’emo’ again, scumpuppy, and the coroner will find your mouth in a place so wrong—” 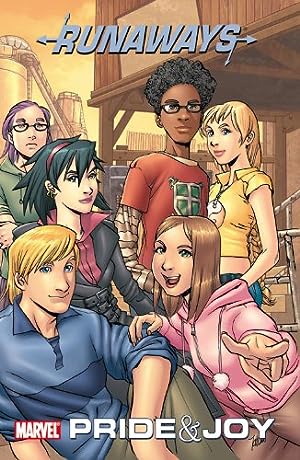 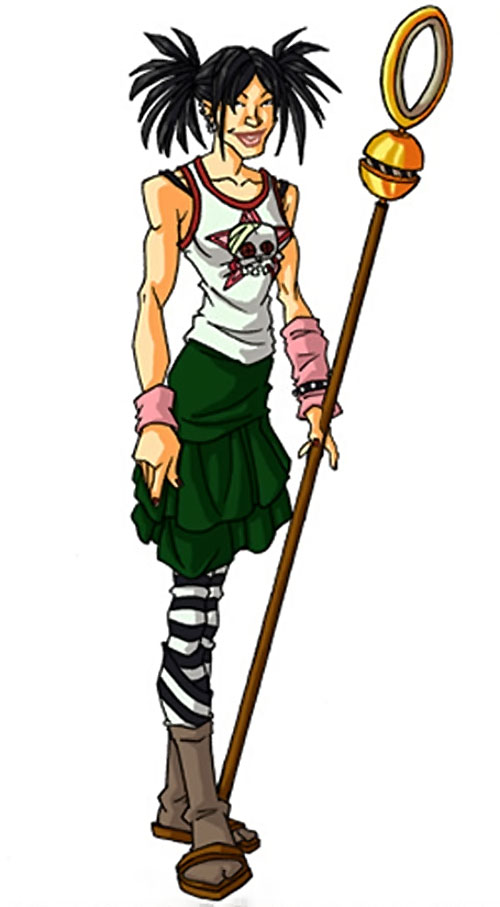 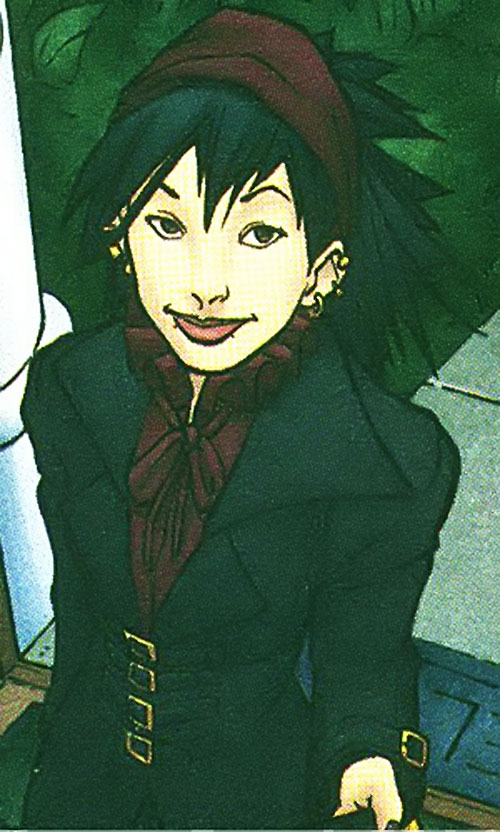