Trigun (トライガン) was a 1995-2008 manga  series that was later adapted as an anime . It takes place on the planet Gunsmoke, where a seemingly superhuman but amnesiac called Vash the Stampede is accused of destroying a city, and chased by numerous bounty hunters.

Nicolas Wolfwood is a… distinctive sort of preacher in this setting.

Wolfwood is more or less peak human in his universe. As such, he’s able to take on the baddest of the bad and come away unscathed.

His gunslinging skills are so great that he is able to face off with Vash the Stampede the legendary, most feared gunman on the planet on nearly equal footing. However, they only get into a few minor skirmishes. Thus, it is likely that he would give Vash a run for his money, but not be able to take him in a fair fight.

Wolfwood is also fearlessly courageous. The only time he ever really doubts himself in a firefight is when he has moral dilemmas most likely brought on by his association with Vash and Milly.

Wolfwood picked up a gun for the first time at a very young age in order to kill his abusive guardian. It is unknown what happened after that. But it is likely he lived as a street urchin before coming to the notice of Chapel. Chapel took him in and trained him and later introduced him to the Gung Ho Guns.

At some point he opened up an orphanage. That was most likely to save other children who had lived a similarly unfortunate life. Later he was ordered to keep an eye on Vash the Stampede.

But what started as a mission became a moral awakening for Wolfwood that would ultimately lead him to his own salvation.

Wolfwood is a tall lanky man who dresses in a Baptist preacher’s outfit and carries a giant cross. He has dark features. He comes across as quite rough around the edges and usually wears sunglasses and goes unshaven. He can often be seen smoking a bent up cigarette.

He is modeled after Tortoise Matsumoto , the lead singer of the Japanese rock band Ulfuls .

On a further note in the Japanese version he speaks in a Kansai dialect which is very different from the standard Tōkyō dialect. This dialect is often given to characters to make them a little different or even rude.

Though he speaks the same dialect as the rest of the cast in the English version it is possible that his original creators intended to give him some sort of odd dialect in English as English is said to be the language spoken on planet Gunsmoke.

Wolfwood comes across as a mysterious figure at the beginning of the series. It seems obvious from the very start that there is a lot more to him than he lets on. Later on in the series it is shown that he has a strong martial sense of kill or be killed. It is very befitting of the world he lives in, but completely at odds with Vash and the rest of the group. 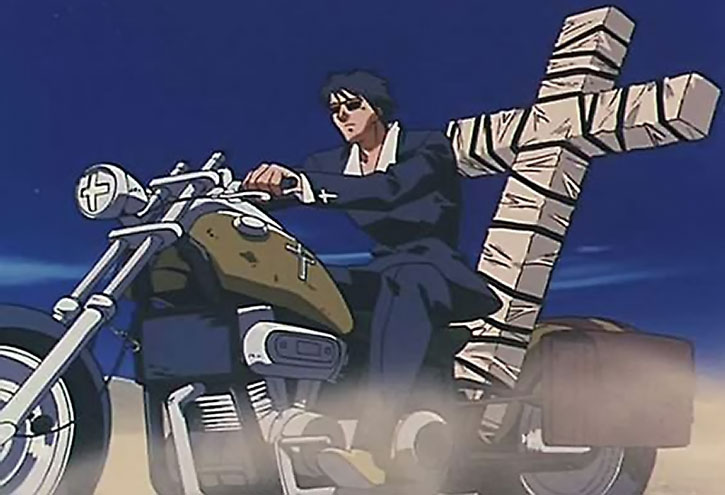 Wolfwood has many personality clashes with the rest of the group over the way he does things. But after a long moral struggle eventually agrees with them and begins to feel truely guilty for some of his more violent actions in the past. After a long period of questioning himself he does eventually start onto a path of redemption of sorts.

Regardless of the amount of blood on his hands it is generally accepted that his heart is usually in the right place.

(Three men are struggling to lift his cross off the roof of a bus)
Man: “This thing sure is heavy.” (Throws the Punisher Cross off the top of the bus to Wolfwood who catches it.)
Wolfwood: “That’s because it’s so full of mercy.”

“Don’t drink the booze like that.”(snatches the bottle from Vash) “It’s disrespectful. Man this is some seriously good hootch.” (downs the bottle)

“If the majority can be saved by the death of a lesser amount, than so be it.”

“We’re not God. Not only are our powers limited, but we sometimes are driven to become the devil himself.”

“First, you cry your eyes out like an abandoned baby, then you run around jumping off cliffs ! What the hell’s the matter with you ?”

“I’ve always had my suspicions you were no mere mortal, but I never imagined you were actually… a cat… wait ! What the hell am I saying ?! Where is that idiot ?!”

“Don’t you just love all of God’s little creatures ?”

“Even at such an impossible situation, he kept saying that no one had to die. How can he believe that ?” (Referring to Vash)

“Sometimes the answers just crash down from Heaven.”

“The quickest solution to any problem is doing whatever comes to mind first.”

“She does everything I can’t, like it’s no big deal. It’s really irritating.” (Referring to Milly)

“Why is it that I always run into so much trouble when you’re around ?” (Referring to Vash) 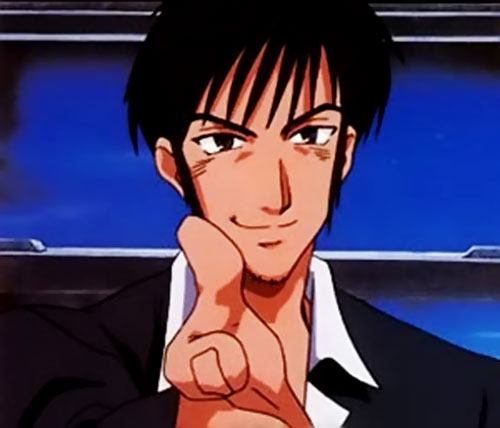 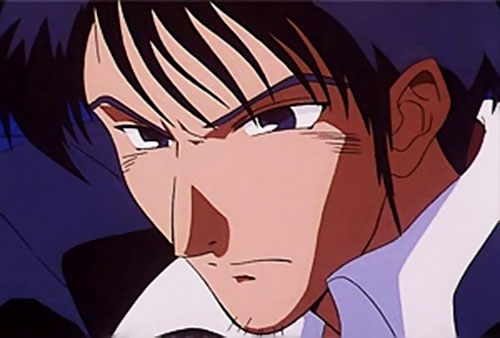 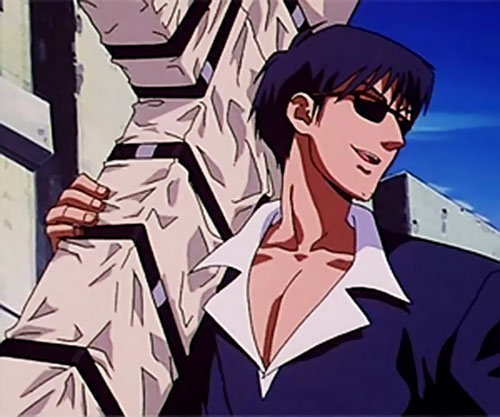 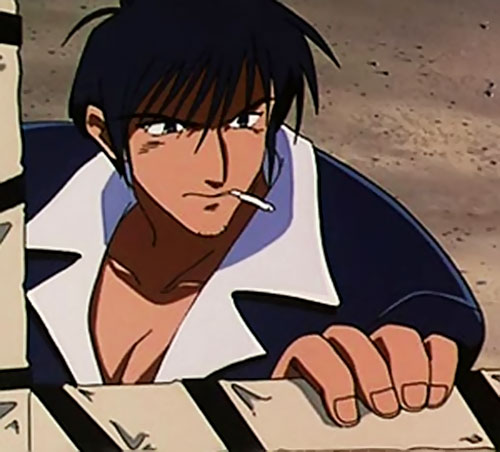 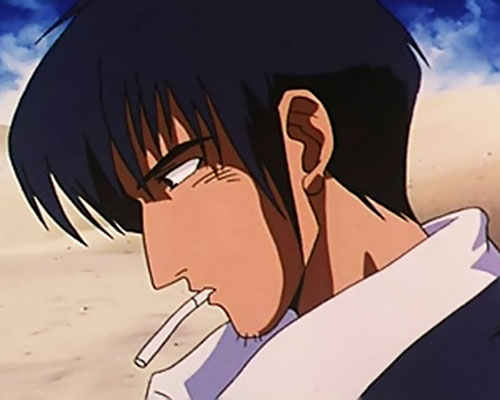 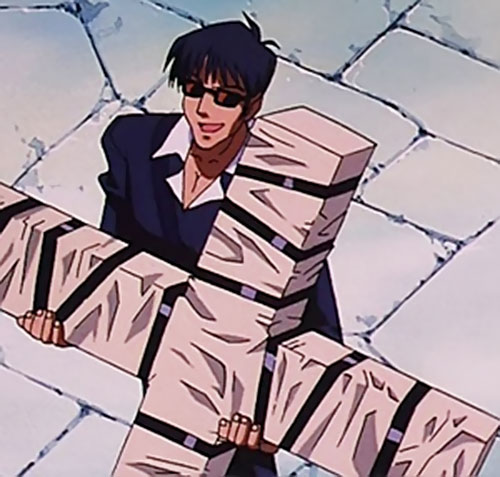 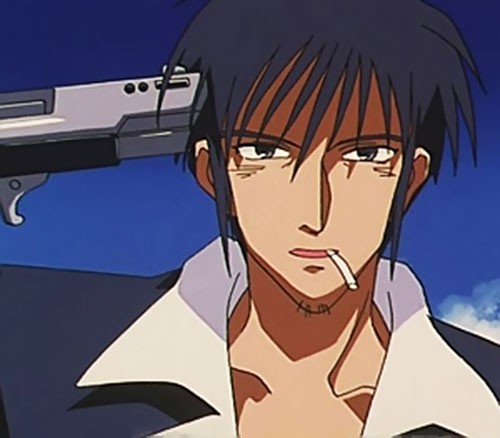 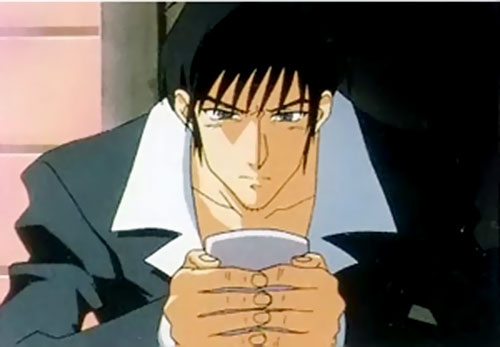 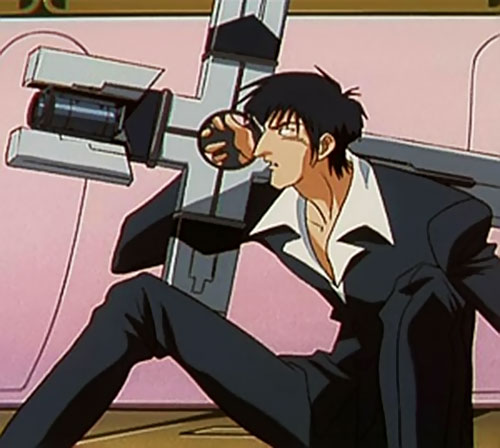